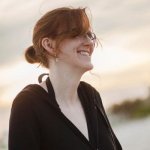 Thank you so much for posting this! I finally was able to put some of my 2,800,000+ points to use and scored an 8-night out of Baltimore!

Lots of new ones posted!!

Yes, you can ask the representative to tell you the upgrade price for any category. I've booked 2 cruises from MyVegas so far.