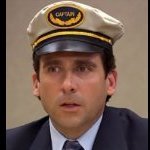 By AspiringCruisePlanner
July 19 in Royal Caribbean News and Rumors

I would not feel guilty if I went on a cruise feeling perfectly healthy.

I’d sail if the ship was a Covid ward hospital ship. Now if the unlimited  booze package went away, it’s a different story 🤪