In:
News Ports Royal Caribbean Radiance of the Seas Alaska Rhapsody of the Seas

Royal Caribbean unveiled its summer 2013 cruise itineraries for Alaska to the public.  The soon-to-be revitalized Rhapsody of the Seas will be one of Royal Caribbean's ships offering trips to Alaska for that season along with Radiance of the Seas, which was also revitalized in 2011. 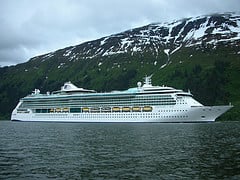 From May 17 through Aug. 30, 2013, Radiance of the Seas will offer alternate seven night north and southbound cruises between Vancouver, Canada and Seward, Alaska.  laskan ports of call include Ketchikan, Icy Strait Point, Juneau and Skagway. Additionally, guests will cruise the Inside Passage as well as get an up-close view of Hubbard Glacier.

Rhapsody of the Seas also will sail every Friday on seven-night, round-trip Alaska cruises from Seattle, stopping at Juneau and Skagway, Alaska, and Victoria, British Columbia. Passengers will also visit through Alaska’s Inside Passage, as well as venture up Tracy Arm Fjord to see Sawyer Glacier.

During Royal Caribbean's third quarter results announcement, the company reported a new record for its Alaska cruise business.  While overall results for Royal Caribbean were generally good, the news out of Alaska was amazing.

Royal Caribbean didn't have to discount its cruises to fill its ships this year, which meant that Royal Caribbean net revenue yield (profitability per passenger after costs) was up quite a bit.

Royal Caribbean's Chief Financial Office Brian Rice described the results during the quarterly report, "Our yields in Alaska this year were the highest in our history."

While Royal Caribbean did not divulge exact figures,  it did say that overall its revenues rose to $2.3 billion for the quarter, which is up from $2 billion from the same quarter last year.

Royal Caribbean expects this years strong showing in Alaska to continue in 2012 as well, although it's still a little too far out to know for sure.

In:
Radiance of the Seas Alaska

Dave Cariello, a blogger for Canal Street Chronicles, took a cruise aboard Royal Caribbean's Radiance of the Seas to Alaska despite some hesitations about going to a cold water port.  Nonetheless, Dave came away impressed by his trip and definitely a fan of both Alaska and Radiance!

I admit that when my wife suggested Alaska as a possibility for our next destination, I was a bit skeptical. Isn't cruising supposed to be for tropical destinations? And isn't Alaska anything but tropical?

I've been to quite a few wonderful places in my young life but Alaska is truly the most unique. Unless you've seen for yourself the untouched beauty that is The Land of the Midnight Sun, you cannot fathom it's true awesomeness. 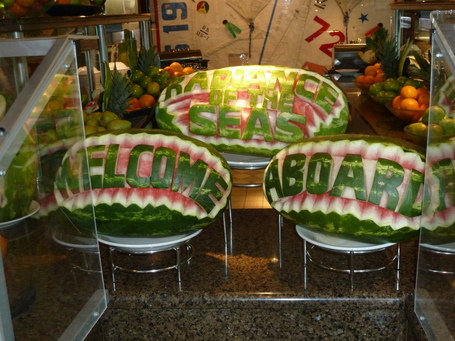 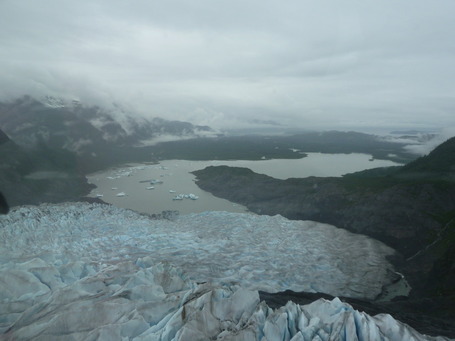 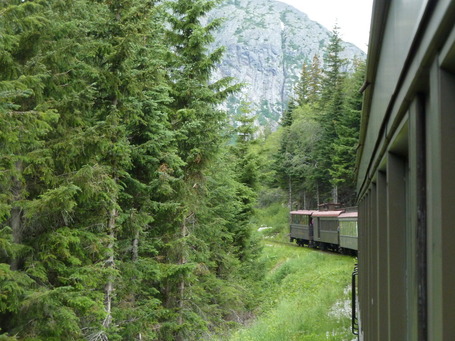 Dave posted a lot more photos and summaries of each port they visited, such as Skagway, Juneau and Seward, on his blog.

Itineraries for Royal Caribbean cruises to Alaska in 2012 were announced yesterday of 10 to 18 nights.

Cruises include sailings aboard Radiance of the Seas that sail north and south between Vancouver and Seward as well as Rhapsody of the Seas offering round trip cruises out of Seattle, Washington.

Royal Caribbean also announced 20 new land tours including a 12 night offer for families that include a trip to Fox Island and excursions to the Anchorage Museum and Imaginarium.  There are also six-night Canadian Rocky Mountain cruise tours that include an overnight train journey.

Adam Armstrong, commercial manager, Royal Caribbean Cruises Australia loves the new Alaska itineraries, “Not only do we have great cruise itineraries on offer, but they can also be packaged with land tours in Alaska and the Canadian Rockies. We call them ‘cruisetours’ and they offer something for everyone – fun, adventure or relaxation – plus once-in-a-lifetime opportunities to see the region’s dramatic cliffs, Alpine glaciers, unique marine life and expansive wilderness.”

Other interesting offerings include

Photo of the Day: Rhapsody of the Seas leaving Alaska

In:
Alaska Rhapsody of the Seas Photo of the Day 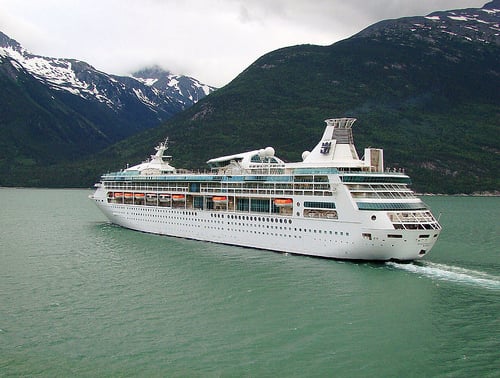 Photo of the Day: Close to glacier aboard Radiance of the Seas

In:
Radiance of the Seas Alaska Photo of the Day 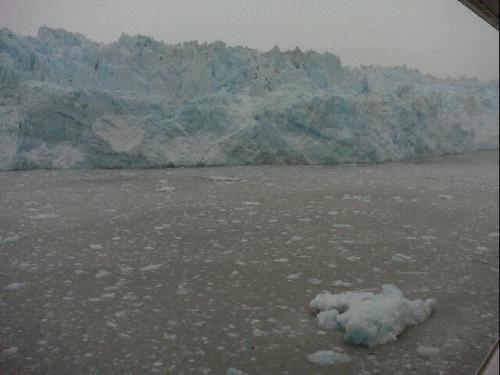