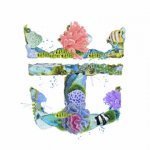 By brycemo,
September 6, 2019 in Royal Caribbean News and Rumors