Royal Caribbean could be returning to Panama after a two year absence.

A Panamanian delegation, led by Panama President Juan Carlos Varela Rodriguez met with Royal Caribbean officials in Miami to discuss future plans for the cruise company in the region. The Tourism Authority of Panama (ATP) wants Royal Caribbean, and other cruise lines, to offer departures from the Central American country.

Royal Caribbean had offered cruises from Colon, Panama for about six years prior to the company halting further cruises from the area.

Subsequent meetings between Royal Caribbean and the ATP will be held to plan some of the new cruise routes.

Royal Caribbean along with Carnival, Holland America and Princess cruises have informed the government of Panama that they want to invest $30 million to build a new cruise terminal on the Amador Causeway. The proposal would be awarded for a period of 20 years, with the option to renew for another 20 years and would be built near the Balboa Yacht Club and storage tanks

Panama would use a plan similar to that used in 1997 when they leased the port of Colon in 2000.

Representatives from the cruise companies visited the site in order to make technical recommendations for the specifications of the tender being prepared by the Panama Maritime Authority.

Ever considered a Panama Canal cruise? Story of one trip through the canal

In:
Radiance of the Seas Panama Panama Canal

Have you ever thought it would be fun and/or cool to travel through the Panama Canal?  Wendy Keiffer thought the same thing and shared her experience travelling through the canal on Royal Caribbean's Radiance of the Seas back in May. 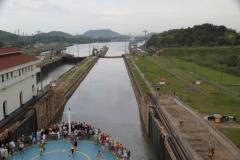 Keifer describes the experience of crossing the Panama canal via a cruise ship "a once-in-a-lifetime experience".  While on Radiance, the cruise took an entire day to traverse the 50-mile canal.

And the Radiance is huge. Built with specifications to allow passage of the canal, the Radiance of the Seas is 105.6 feet wide. The locks are 110 feet wide, and canal officials don’t allow ships larger than 105.97 feet. With such a tight squeeze, we actually could reach over the balcony and touch land.

Keifer's experience was quite positive and she seems to recommend it to anyone who has the opportunity.  Keifer does report that the 100-year-old canal is in the process of a massive expansion that will add new cuts and bigger locks.

In:
Ports Grandeur of the Seas Panama

Panama is preparing its port facilities and tourism services for the cruise season that begins in October, with aspirations to outperform the previous period, according to Panamanian sources. 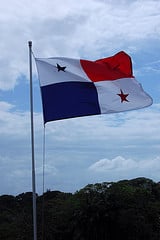 Data from the Tourism Authority show that in the activity of this modality for the 2009-2010 period there were 246 trips from various destinations in the Caribbean and the U.S..
More than 300 000 passengers arrived in Panamanian ports, a figure that can be left behind if they meet forecasts for the coming season.
So far it is anticipated that at least seven companies are responsible for providing that option, and two of them (Pullmantour and Royal Caribbean International) used at the port of Colon in the province of the same name as the base.
Pullmantour operate with the ship Ocean Dream (thousand 422 passengers) to offer 36 departures between October this year and July 2011.
Meanwhile, Royal Caribbean will use the ship Grandeur of the Seas, with capacity for two thousand 466 tourists and 25 trips scheduled to come November to April next year.
In addition to the benefits of this modality to the ports, joins the positive impact on hotels and airlines because of the demand for accommodation and transportation.
Subscribe to Panama