Royal Caribbean announced today its plans for cruise ships sailing out of Galveston, Texas and the New York area. Crown & Anchor Society loyalty members have the exclusive privilege to book Anthem of the Seas’ winter 2015-16 season starting April 25, 2014, in advance of the general opening to the public on April 29. 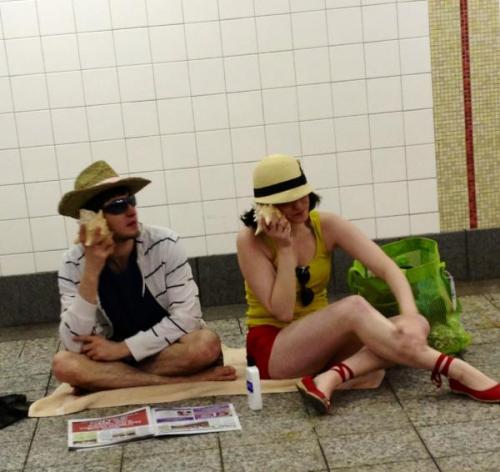 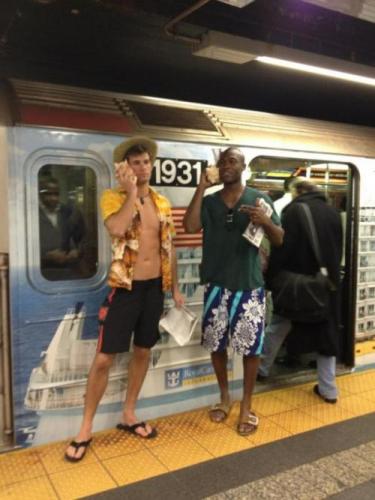 The surfers with the sea shells to their heads are promoting the "Sea is Calling" advertising campaign.  But Royal Caribbean is having a little fun too with some people portraying characters from the Broadway play "Hairspray" that is shown on Oasis of the Seas. 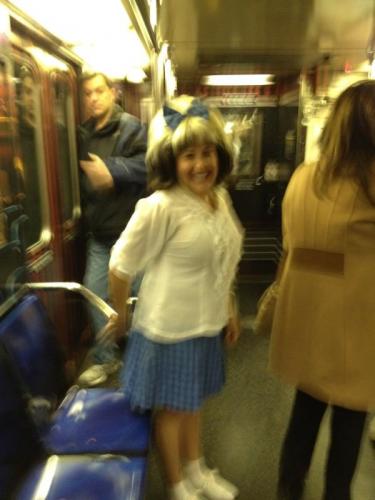 And if that wasn't enough, these Royal Caribbean people are also offering "surf lessons" inside the subway cars.  Only in New York, right?

Royal Caribbean's marketing department is at it again and this time they have transformed one of New York City's subway cars on the Times Square Shuttle (S train) into a Royal Caribbean cruise ship. 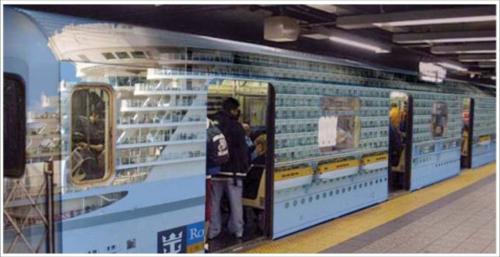 We're not sure how long this will be available but it's "in the wild" for now.

Update: Reader Ldunn has informed us that the subway car wrap will be up through the month of February.