What is the best time to cruise to the Caribbean?

In:
Planning Caribbean
By:
Jenna DeLaurentis

There are ample cruises to choose from throughout the year that visit the Caribbean, so what is the best time to cruise there? 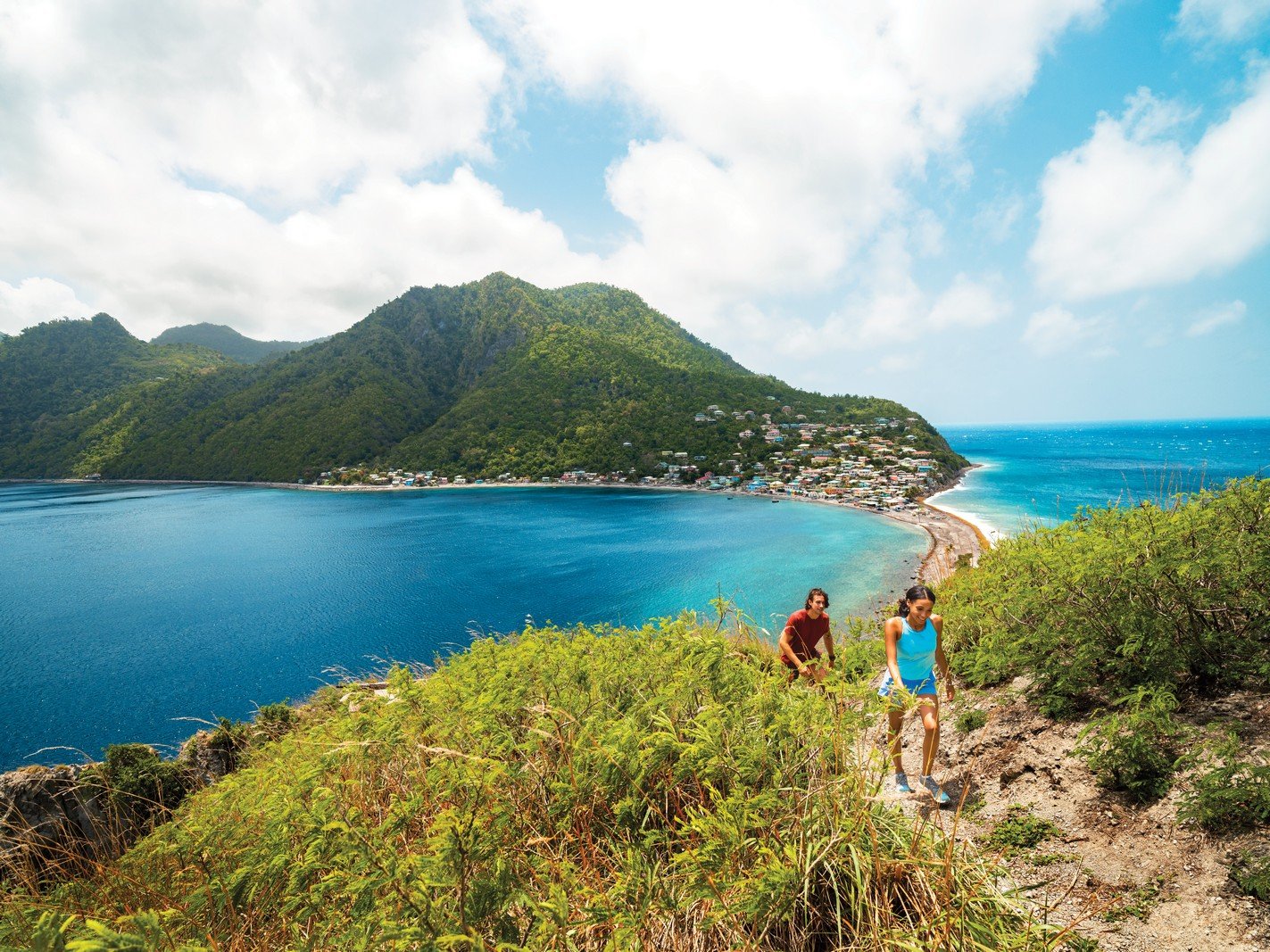 While the Caribbean is a year-round destination for cruises, there is a high season and low season, just like any other locale. The key is finding a time that combines the best weather with the lowest prices.

When is the best Caribbean Weather? 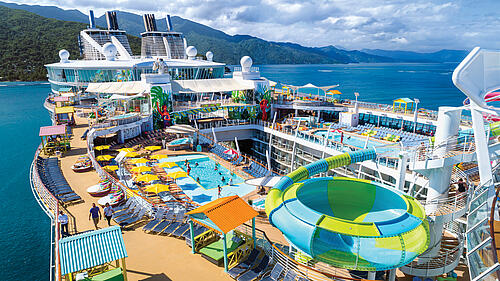 Cruises to the Caribbean are split up into three regions: Eastern, Western, and Southern Caribbean.

Best weather in the Eastern and Western Caribbean

In terms of the best weather for a Caribbean cruise, the months of December through April will see the most comfortable weather. During these winter and early spring months, there is the least amount of precipitation and humidity. Moreover, this is the time of year that is not part of hurricane season.

In addition, cruising between December and April means an escape for many guests who are coming from colder locations further north.  It is a popular time for many to escape to warmer temperatures. When it is 5 degrees at home, spending the day in the Caribbean can be a really great idea.

The weather on excursions and beach days will be more comfortable in the winter months. Whether you’re walking around Mayan ruins in Costa Maya, lounging in a beach chair in St. Thomas, or going hiking in St. Lucia, you won’t feel as hot as you would in the peak of summer.

Best weather in the Southern Caribbean 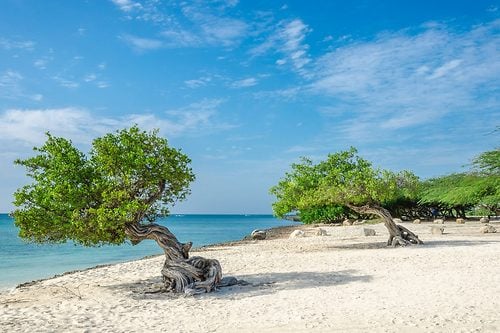 The southern Caribbean has a lower chance of being impacted by hurricanes, as it mainly lies below the hurricane belt. Therefore, during hurricane season in the fall, you are still likely to see lower prices but have a lower probability of your cruise being affected by a hurricane.

What about the summer? 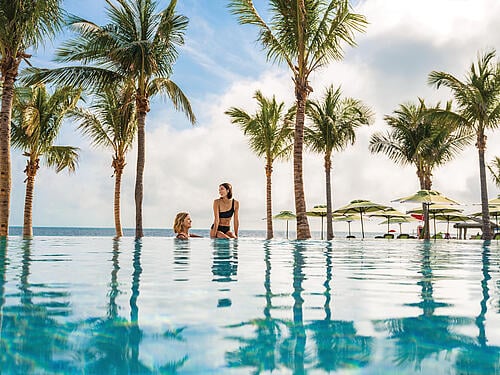 June, July, and August are the most popular months to cruise to the Caribbean, and cruising in the summer comes with its own set of advantages and disadvantages.

In the summer, expect higher humidity, hotter temperatures, and more chances of rainfall. Beach days will be welcomed as the temperature and humidity levels can be quite high, and the pool deck will be a very popular spot on the ship.

Looking at a weather forecast in the summer can initially be a bit disappointing, as you will often see that the forecast shows rain every day. However, usually the rain does not last the entire day, and often lasts only an hour or so. 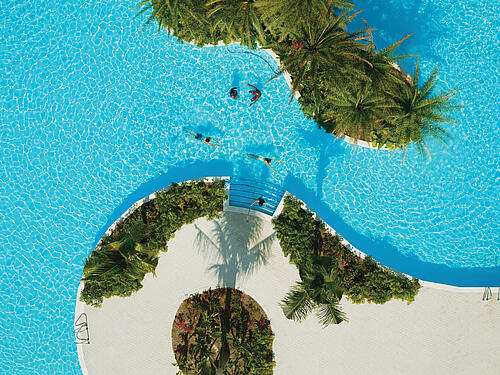 With kids out of school in the summer, you should expect to see more families onboard. Summer can be a great time for families to cruise because they do not have to rely on a school schedule, giving them more flexibility in cruise itinerary and length.

One advantage of cruising in the summer is that the ocean temperatures tend to be warmer than in the winter. While the water in the Caribbean usually stays quite comfortable, the water temperature can get chilly in more northerly Caribbean destinations during the winter. This is something that you will not have to worry about by selecting a cruise in the summer.

Another advantage of cruising in the summer months is that daylight hours are longer. Whereas in the winter it may get dark around 5:30PM, in the summertime, sunset may not be until 7 or 8PM, depending on where in the Caribbean you are sailing.

Should I cruise in the Caribbean during hurricane season? 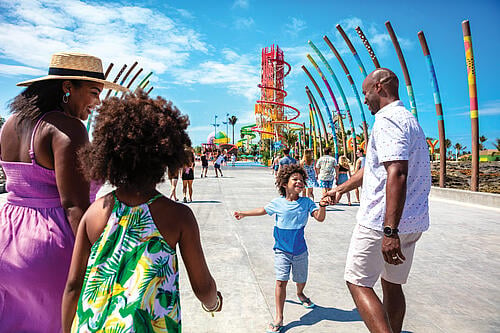 Cruising during hurricane season may sound scary, but it is not as crazy as it may seem.

Hurricane season runs between June 1 and November 30, and it is the time of year when we typically see tropical storms form in the Caribbean. The most common months to see hurricanes are in August and September. Of course, that does not mean there is a hurricane every day, nor does it mean when there is one, the entire Caribbean is affected.

First and foremost, Royal Caribbean employs a Chief Meteorologist to track every disturbance and storm out there, and provide guidance to each cruise ship on how to best avoid the storm.

Royal Caribbean will absolutely, positively, avoid the path of any hurricane. Itineraries will be flipped, swapped or completely changed to avoid going anywhere near the storm. The cruise line has said time and time again that the safety of its guests, crew and ships are vital, and they will not send their vessels near any hurricane.

In rare situations, entire sailings have been cancelled if the path of the storm rules out any possibility of a ship making it in or out of its homeport.

The top reason to cruise during hurricane season is it will cost you a lot less to cruise during this time of year, and the likelihood of a storm directly impacting your cruise is low.  Moreover, your ship will not go in or near any storm.

Cheapest months to go on a Caribbean cruise 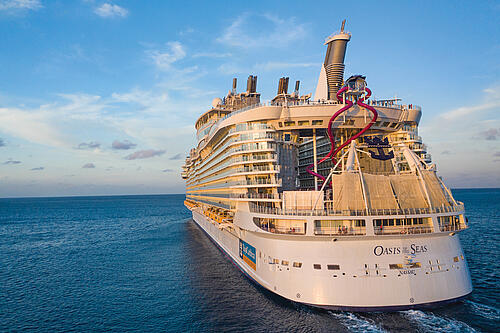 If you are looking to get the lowest cost for a Caribbean cruise, late August through early November see some of the lowest prices of the year.

Cruises in this time period have two things in common: it is the peak of hurricane season and it is also when most families are unable to vacation due to the school calendar. The combined effect is lower demand for cruises, and thus, lower prices.

You can also find bargains during other times of the year when school is typically in session, such as mid-January to mid-February, mid-April through the end of May, and the first two weeks of December.

While we recommend cruising to the Caribbean in the winter months, don’t expect to find the cheapest fares around the holidays. Cruises around Christmas and New Year’s will, unsurprisingly, come with higher prices. That being said, the holidays can be a fun time to set sail with special dining menus, decor, and events throughout the ship.

There are always exceptions, but the key to finding the best price on a Caribbean cruise is to try to go when most others cannot cruise. Avoiding religious holidays and the school vacation calendar is a good start. 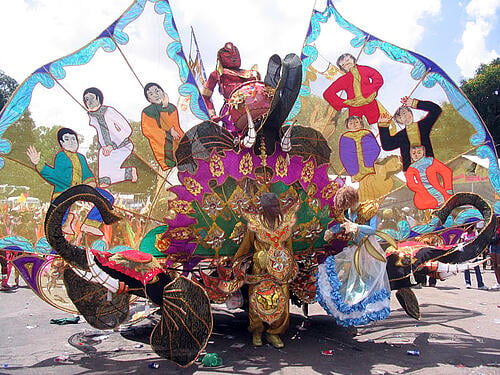 A great way to dive deeper into the cultures of the Caribbean islands you visit is by experiencing local holidays and festivals. Festivals happen throughout the year and can be a unique way to experience a port during your cruise.

Heading to Barbados? Each summer, the island nation hosts the Crop Over Festival. Crop Over is a festival that originated over three hundred years ago when the Bajan people celebrated the end of the sugar cane growing season. Nowadays, Crop Over is celebrated with music, dance, arts, concerts, street parties, and plenty of Barbadian rum!

The festival is celebrated with events from May to August, with the biggest celebration taking place on Grand Kadooment Day in early August. Most events take place in Bridgetown, where Royal Caribbean ships port.

The biggest festival in the Caribbean each year is Carnival. Celebrated throughout the Caribbean, the most famous Caribbean carnival is in Port of Spain, Trinidad & Tobago. Carnival in Trinidad & Tobago is held each year on the Monday and Tuesday before Ash Wednesday. From street parades to calypso music, elaborate costumes, and dancing, a full port day of partying is guaranteed.

Carnival and similar festivals are also celebrated in other Caribbean islands. Exact dates may change depending on the year, so be sure to check if you will be sailing to these islands during Carnival.

What times of the year should I avoid? 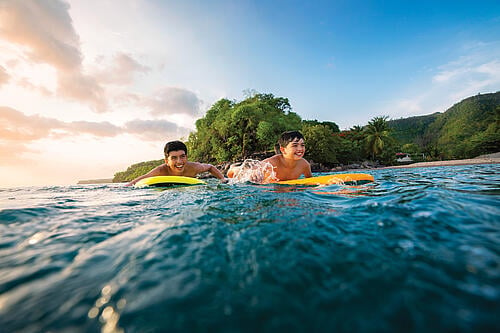 While there isn’t a particular time of year that needs to be avoided when cruising to the Caribbean, you may prefer a certain time of the year based on your schedule and cruising style.

Royal Caribbean is a family-oriented cruise line. Sailings that occur during spring break, holidays, and the peak of summer will have more kids and families onboard. If you are looking for a sailing free from a lot of kids, these are probably not the best times to cruise. Likewise, if you have children and are wanting them to be around a lot of other kids or teens, these times of the year can be a good choice.

In addition, cruises during spring break may see an influx of college-aged students, thus leading to a bigger party atmosphere. Cruise pricing during this time in March or April can also be higher than choosing to cruise in February or May instead. 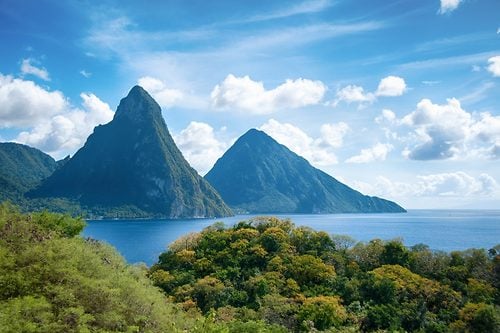 Oftentimes, however, the length of a cruise can have a bigger impact on the ship’s atmosphere even more than the time of year. Shorter, 3 and 4-night cruises are likely to have a bigger party vibe and more families onboard, whereas longer cruises tend to skew quieter.

Luckily, you will likely have nice weather no matter what time of the year you sail to the Caribbean. Certain times of the year may be more warm, humid, or rainy than others, but in general, the weather in the Caribbean is warm and breezy.

How much does a cruise cost?
Many first-time cruisers are curious how much a Royal Caribbean cruise will cost.  While your cruise fare includes most…

Things I've done that I'll never do again on a Royal Caribbean cruise
Royal Caribbean has no shortage of fun things to do on a cruise, and a few them I have no intention of ever doing again…