Royal Caribbean was honored with a silver Effie award at the 2017 North American Effie Awards in the Media Innovation – Existing Channel category for the #ComeSeekLive program. 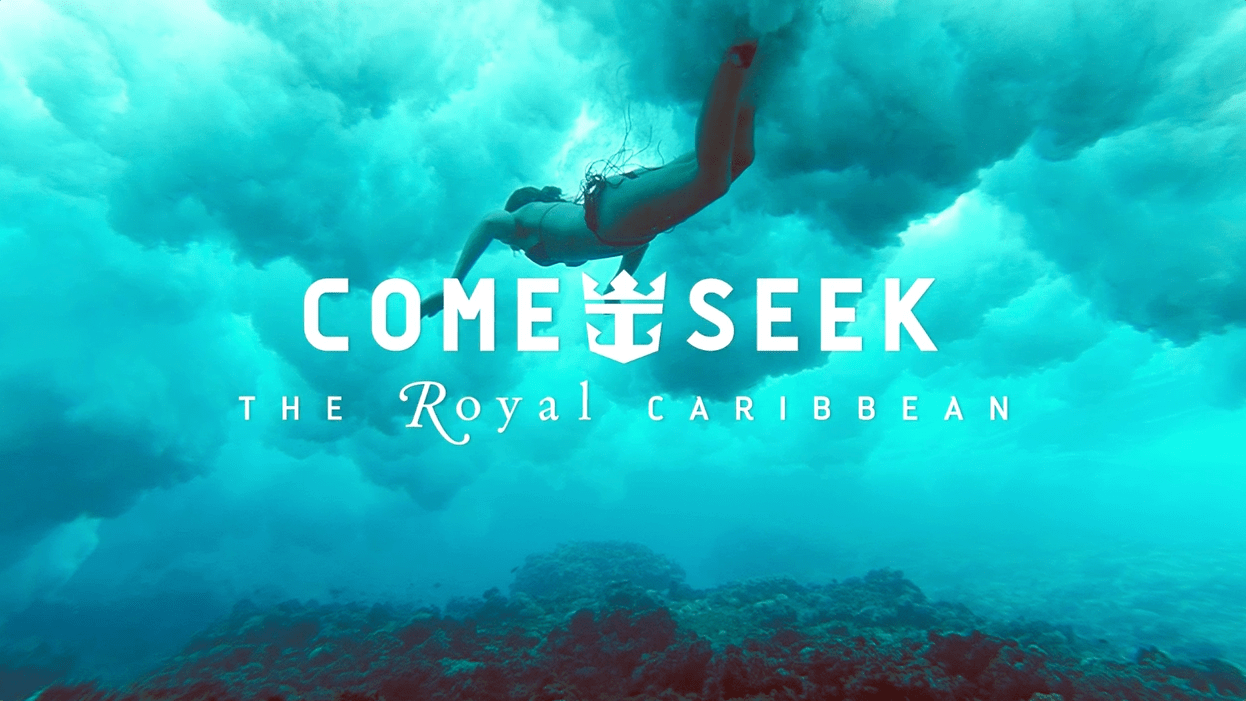 The awards ceremony was held in New York CIty, and Royal Caribbean was recognized for its work offering a first-of-its-kind live, interactive experience that was showcased on billboards on the streets of New York City, thanks to the livestreaming capabilities of the social media app Periscope.

Designed and executed by Royal Caribbean’s creative agency, Mullen Lowe, and media buying agency, Mediahub, #ComeSeekLive combined traditional outdoor advertising with the then-new social platform, Periscope. Royal Caribbean's campaign enabled consumers to interact in real-time with influencers on board the cruise line’s high-tech ship, Anthem of the Seas, sailing to five idyllic Caribbean destinations. Through the #ComeSeekLive experience, audiences were given the ability to discover and participate in adventures they never expected from the brand.

The North American Effie Awards honor the most effective marketing efforts of the year in the United States and Canada.

Royal Caribbean has selected the first crew member to be a part of its "Royal Crew Life" series, as part of its broader Come Seek marketing campaign.

Meet Zen, an onboard entertainer from South Korea. A crew member since 2011, Zen has been able to work on 7 ships across the Royal Caribbean fleet. In her off time, Zen loves to explore Asia, and is currently traveling with her shipmates on Quantum of the Seas. She takes every chance she gets to explore what each new port has to offer, and has captures some outstanding photos along the way. Follow @zenyoon for a behind the scenes look into the Royal Crew Life.

A photo posted by Royal Caribbean International (@royalcaribbean) on Mar 9, 2016 at 2:18pm PST

Zen Yoon is an onboard entertainer that has worked on seven Royal Caribbean ships since 2011. She is currently working on Quantum of the Seas.

Yoon will provide the public with a behind-the-scenes look into what living and playing on a Royal Caribbean cruise is all about.

Crew members, like Yoon, will become ambassadors and share content as they experience it on their cruises. Royal Caribbean indicated the public will be able to meet a new crew member each day next week.

My goodies have arrived! I've got chosen to be one of the very first crew social media ambassadors! Yay!! Thank you @royalcaribbean lots of fun photos are on the way! #GoPro #GoProSession #RoyalCaribbean #RoyalCrewLife #CrewSocialMediaAmbassador

Royal Caribbean launched its Come Seek marketing campaign back in November 2015, and announced it would entail a great deal of non-traditional marketing techniques in an effort to reach those that never really considered a cruise.

Royal Caribbean believes authentic experiences will be something guests really value and notice.

In:
Anthem of the Seas Voom Come Seek

Royal Caribbean is planning a live video broadcast from Anthem of the Seas on November 13, 2015 via the new social media app, Periscope. The live broadcasts will be available to watch from any smart phone or tablet that has Periscope installed on it.  Royal Caribbean will also simulcast the Periscope sessions at 230 geo-targeted units across New York City in high traffic commuter areas, such as John F. Kennedy International Airport terminal, newsstands and subways.

Using the Voom high speed internet, these live tune-ins from the ships to show off the experience as it's happening in real time.

Royal Caribbean previously indicated that these broadcasts will be shown around "peak commuting times".

These live look-ins via Periscope will occur throughout the month of November following the November 13th premiere.

Will you be watching Royal Caribbean's live Periscope broadcasts? Tell us in the comments!

Today marks the official launch of Royal Caribbean's new marketing campaign, "Come Seek" and already its website is showing off the new branding. A new mini-site launched today that reinforces the three main messages of the campaign: "You are not a tourist", "This is not a cruise" and "This is not the Caribbean".

The site also shows off still and moving imagery that focuses on the one-of-a-kind experiences a Royal Caribbean cruise can offer.

The "Come Seek" campaign is aimed at people that have never taken a cruise before and may have never even considered one.  Royal Caribbean is specifically going after Millenials and those that have misconceptions about what a cruise vacation is. With the official launch of the "Come Seek" campaign today, Royal Caribbean will be also running ads on popular TV shows, such as the "Late Show" with Stephen Colbert, the "Tonight Show" starring Jimmy Fallon and also the reality show, "The Voice."

The first salvo of advertising will be quick five-second ads that are meant to pique the interest of a viewer, which will be followed up by more traditional 30-second spots with similar music and theme.

Later in the campaign, Royal Caribbean will launch “Come Seek Live” - a first of its kind crowd-sourced Periscope activation originating from a Royal Caribbean ship and streamed onto a series of animated billboards in major metro areas.

Is the new "Come Seek" campaign your favorite Royal Caribbean marketing campaign? Tell us in the comments!