Enchantment of the Seas

Photo of the Day: Enchantment of the Seas visits St. John

In:
Category:
Enchantment of the Seas
Photo of the Day
Canada Cruisers to Dominican Republic will no longer pay $15 fee

In:
Category:
News
Ports
Enchantment of the Seas
Explorer of the Seas

President Leonel Fernandez of the Dominican Republic signed into law a decree that will exclude cruise ship passengers in transit from paying the $15 airport fee.  The fee had been generating around US$7.4 million in revenues for the government of the island nation.

The country earns around US$80 million per year from the 400 cruise ships which currently dock in Dominican ports, where each one leaves around US$200,000.A 5% growth in cruise ship arrivals is expected this year, with more than 350,000 tourists visiting in the first four months.

Royal Caribbean has two ships that stop at Samana in the Dominican Republic, Explorer of the Seas and Enchantment of the Seas.

Review of Enchantment of the Seas

In:
Category:
Enchantment of the Seas
Cruise Review

Must be something in the water today because there's another cruise ship review that has been posted. Alex from a2zcasino.eu recently took a cruise aboard Enchantment of the Seas and he gives a good overview of everything you can find aboard the ship.  He also spells out what he did upon embarkation including the obligatory first buffet meal. All passengers are instructed to head for the upper decks to dine at the buffet that is waiting for their arrival. Most cruise ships offer this as a way for their guests to kill an hour or so until the staterooms are ready. If you have be smart and skipped lunch before boarding the ship, you will enjoy this large offering of food. The selections are excellent. The staff stays obvious so that any questions that you may have can be resolved.

The article is a good read for anyone who has a cruise booked on Enchantment of the Seas and is looking for something to help get that cruise "fix".  It's too bad that the site, a casino guide, didn't spend more time detailing the casino options aboard Enchantment.  Oh well, there's always next cruise. Enchantment of the Seas debuts at Baltimore today

Starting in the fall, Enchantment will sail a series of nine-night cruises to Canada and New England (Enchantment also is sailing a special eight-night roundtrip itinerary to Canada and New England today that will boast extended port time in Halifax and Bar Harbor). The ship also will sail nine-night Bahamas and 12-night Southern Caribbean itineraries starting this coming winter.

AllVoices wrote up a review of the Royal Caribbean cruise line as a whole, as a means of introducing the line to others and comparing it against other cruise lines.  Based on it's review, here are the conclusions it drew about Royal Caribbean...

By in large, Royal Caribbean fared well in the review and came off sounding like a high quality cruise line.

AllVoices also posted a review of Enchantment of the Seas and it's a pretty favorable one at that.  The review covers many aspects of the ship from it's dining options to entertainment to its rooms.  If you have a cruise coming up on Enchantment or are considering a cruise on her, this might be a good read.

The dining room staff is top notch. They are personable as well as professional. The quality of the food is superior, and it is served in a timely manner. When multiple appetizers, entrees, or desserts or ordered, there is no delay in their arrival. Like all cruise ships, Enchantment of the Seas will provide some entertainment most nights during the dining experience.

The reviewer seemed mostly positive on Enchantment and only mentioned a few negatives such as, "The entertainment is good but not exceptional unless you happen to draw a particularly funny comedian or really enjoy musicals".  Overall, the review seemed to be highly favorable.

Port of Balitmore booming with traffic

While recent news has Norfolk, Virginia losing it's Royal Caribbean ships, Balitmore, Maryland is experiencing an influx of growth that has made the port of Baltimore a new hub of cruise ship activity with the arrival of the second year-round cruise ship to call there. Carnival, Celebrity and Norwegian lines all have ships in Baltimore and now Enchantment of the Seas will call Balitmore home. 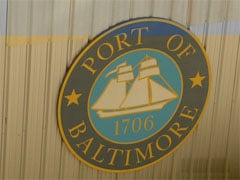 Port of Balitmore representative Richard Scher says the Port of Baltimore is such a hot spot because of its location.  It's right off I-95, just 10 miles away from BWI and within 90 miles of three other major airports.

This past Saturday marked the last cruise out of Norfolk, Virginia for Royal Caribbean.  The company has decided to move Enchantment of the Seas north Baltimore, and the reason for the change seems to be about demand.  Company spokesman Harrison Liu mentioned that Baltimore offers "a year-round demand for passengers".

Royal Caribbean had been serving Norfolk since 2007 and Enchantment of the Seas was the final ship to call Norfolk home.

Royal Caribbean has offered cruises to the New England coast area as well as Canada's eastern coast for some years now but ports in the area as projecting elevated number of cruisers to be visiting this year.

"Maine ports are expecting 335 cruise ship calls this year, up from 281 last year. Ports in the Canadian Maritimes and in Newfoundland are projecting 467 calls, 84 more than in 2009. Boston is anticipating a record 300,000-plus cruise ship passengers to pass through its port." 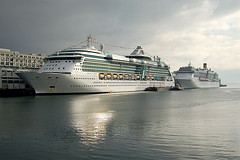 "September and October remain the peak months for cruise ship trips, but more ships are now showing up in the region in July and August and earlier."

In:
Category:
News
Ports
Norfolk
Enchantment of the Seas 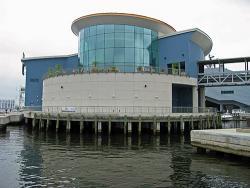 We all tend to think of states like Florida or Texas when it comes to the state we leave from for a cruise, but for those in the mid-Atlantic states, there's still lots of activity out of Norfolk, Virginia aboard Royal Caribbean's Enchantment of the Seas.  Enchantment of the Seas serves Bermuda as well as other Caribbean ports of call and WAVY-TV 10 is reporting many who frequent Norfolk as their departure port are loving it.

"Cruising from Norfolk is a hit with local passengers like Tom Anthony who finds it a bargain too. He is just returning.

"We live in Chesapeake so to be able to be dropped off here and get on a cruise ship and not having to travel a whole additional day to and from makes it a lot better value for us. But also the price is about what you would spend on a hotel and they throw in all the food you can eat for free and drop you off at a beautiful place like Bermuda," Anthony said."

With so many ships heading to Europe to chase the high demand there, it's good to hear smaller ports like Norfolk are still generating demand to keep ships serving that port and making it easier to get to your next Royal Caribbean cruise.