Odyssey of the Seas completes journey to the sea

Royal Caribbean's next new cruise ship successfully reached the ocean to reach a major milestone in her construction.

Odyssey of the Seas completed her conveyance over the weekend, which means the ship is now in position to enter the open ocean.

Odyssey completed a journey that took over 10 hours to traverse 20 miles from Papenburg, Germany up the Ems River, to her current position in Eemshaven, Netherlands.

The conveyance is a process unique to ships built at Meyer Werft, as the shipyard is situated inland along the Ems River, and the ship must make the journey backward and down the river to get to the North Sea. 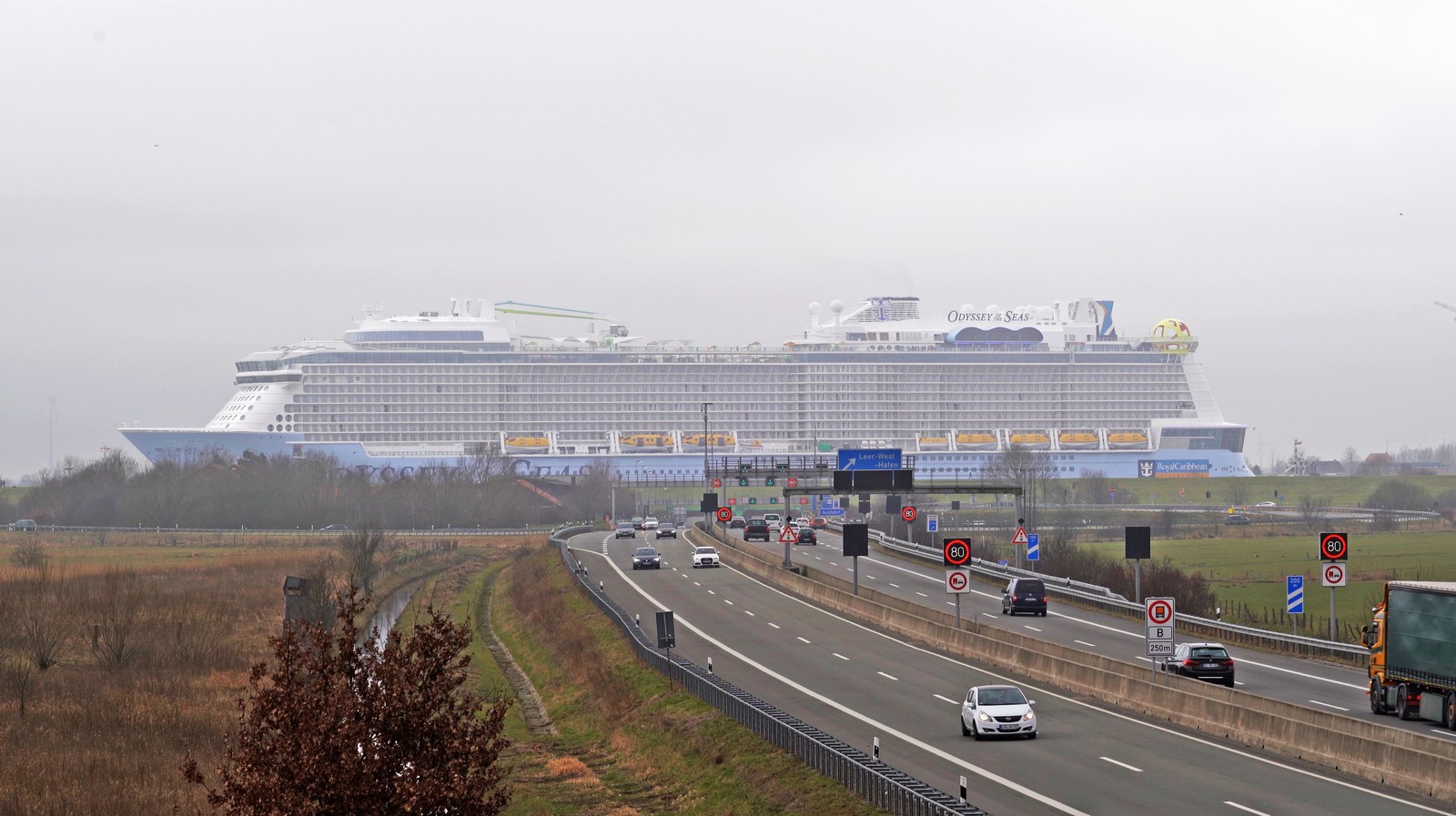 Fun fact: Now that Odyssey of the Seas has completed her conveyance, she can never return down the river back to the shipyard because of the added weight in new features, fuel and other enhancements.

Since arriving in the Netherlands, she has conducted a variety of work already, including pendulum slip tests and lifeboat tests.

What's next for Odyssey

Now that Odyssey of the Seas is at the North Sea, she will conduct a few more tests and have some other work done onboard.

The next major milestone for Odyssey will be sea trials, where the ship will go out to sea to test out her engines and navigational ability.

If all goes well, delivery to Royal Caribbean would soon follow. 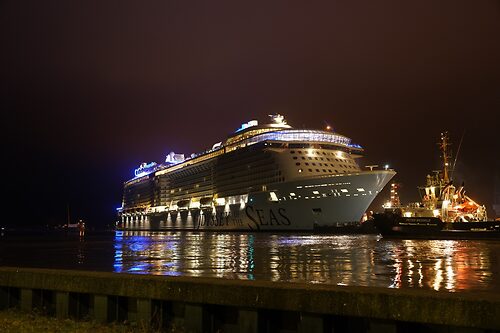 Almost as significant as the movement itself, is the other big Odyssey of the Seas news that the ship will begin her career sailing with Royal Caribbean in Israel in summer 2021.

In lieu of her scheduled European season, she will shift her homeport to Haifa, Israel, where she will offer sailings beginning in May 2021.

Israeli residents will be able to choose from 3- to 7-night roundtrip cruises to the Greek Isles and Cyprus. 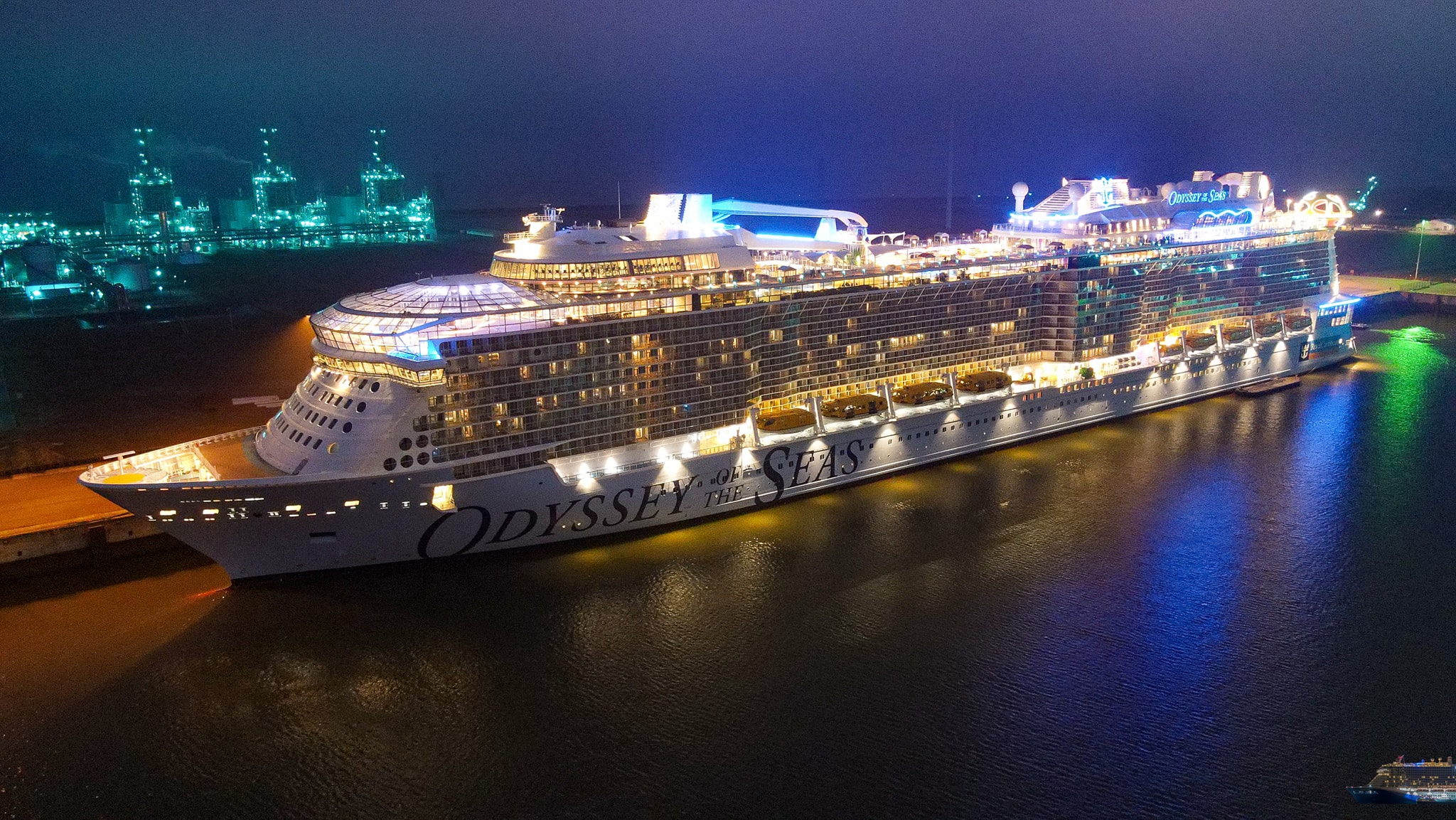 Odyssey will then cross the Atlantic to begin its inaugural North American season in November, offering 6- to 8-night itineraries from Fort Lauderdale and visiting far-flung destinations, including Curacao and Aruba.

Photos: Crown and Anchor being prepared for Odyssey of the Seas
Royal Caribbean's second Quantum Ultra Class cruise ship is under construction at Meyer Werft shipyard in Papenburg,…

Photos: Engines for Odyssey of the Seas delivered
Shipbuilder Meyer Werft released photos of engines being delivered for Royal Caribbean's next cruise ship that is…