There are two new looks to share of Royal Caribbean's next new cruise ship, Odyssey of the Seas.

Right on schedule, the Meyer Werft shipyard has released a new webcam photo of the ship in hall 6. 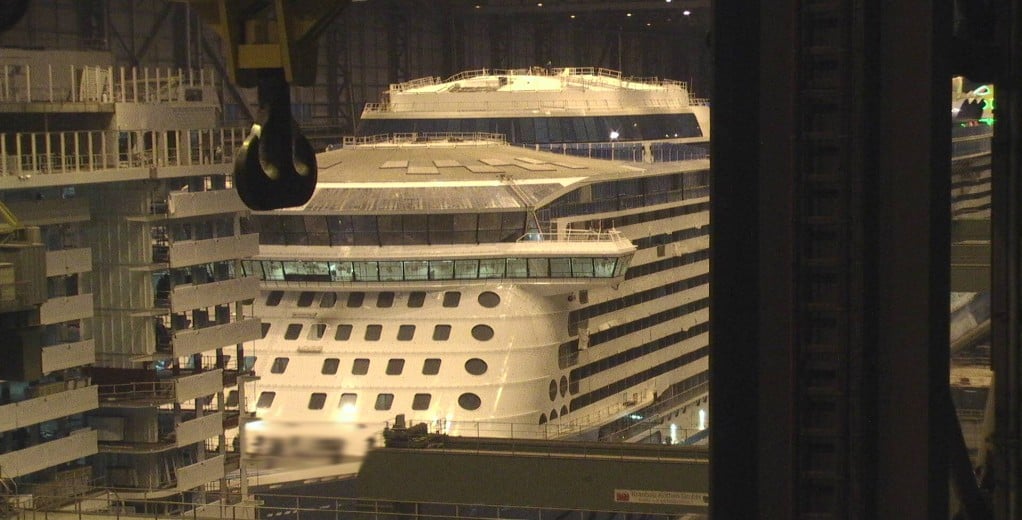 Meyer Werft updates a new photo around once a week with a look at the general progress being made.

For some reason, the webcam photo the last few weeks has seen more and more objects blocking the view of the cruise ship. AIDAcosma is under construction in hall 6 as well, and it appears the work on her is responsible for the increasingly hidden Odyssey of the Seas photos.

In addition, there is a new video update that shows off some of the top deck features that have arrived at the shipyard.

The video clearly shows the ship's funnel, Royal Caribbean logo, North Star and Ripcord by iFly housings on floating barges as they arrive at the shipyard.

Read more: 5 ways Royal Caribbean's Odyssey of the Seas will be different from other Quantum Class ships