How Royal Caribbean will make check-in, Adventure Ocean and its app easier & faster

Royal Caribbean has a reputation for being a leader in a variety of areas, including integrating technology to make the guest experience easier.

Royal Caribbean Cruises Ltd. SVP Digital Experience Jay Schneider has been at the helm of Royal Caribbean's next-gen tech, known as Project Excalibur, for three years and shared the plans, challenges, and successes the company has with leveraging technology.

The origins of Project Excalibur 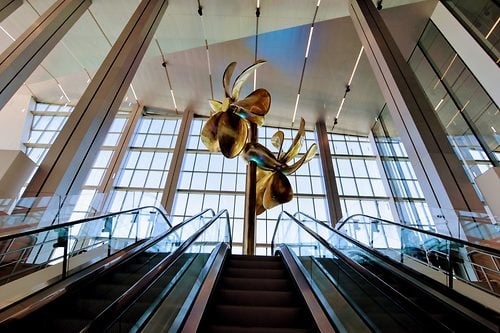 All good stories have a beginning, and Project Excalibur began with a simple task from the very top of Royal Caribbean.

"Project Excalibur started as a result of really a passion from Richard (Fain); Seeing what was happening elsewhere, both across the industry, travel and hospitality overall, and just frankly, the planet. With more and more Millennials sailing with us, with more and more digitally enabled consumers at all ages, it really became an opportunity for us to step back and look at how do we transform our company through the use of technology."

"It really became an opportunity for us to step back and look at how do we transform our company through the use of technology."

"It wasn't really an idea of what it exactly meant, but the goal was to unpacking how to digitize everything. Digitize the things that we could remove the hassles from guests, put them on vacation faster, pull friction out of the experience."

"We see friction in a number of different ways; It's interacting with the Cruise Planner website, it's doing your check-in process... Friction can be digital, it can be physical. There's real friction: your key doesn't work, you'll have to go Guest Services. Sitting through muster is friction. Not being able to get into your room is friction. Not wanting to have to wait in line for a cocktail, or have to run down to Sorrentos, is friction." 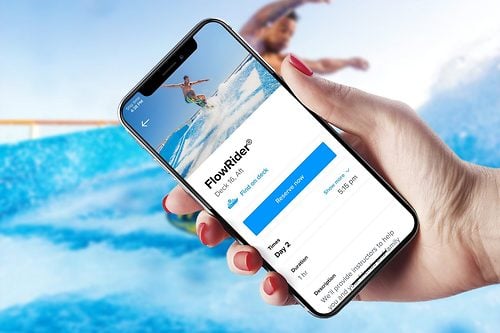 Like all software development, creating a brand new Royal Caribbean app that sought to simplify the cruise experience for guests is not an overnight task. Moreover, developing an app to work on a cruise ship comes with its own set of challenges.

"Everything you expected on land, is designed for you to be on land. Your phone wakes up through a push notification, because you're connected to the cloud somewhere, whether through WiFi or cellular. There are so many ways where technology on land is easier."

"The problem is we also operate 50 data centers at sea that have to work in a redundant way, and so if you think about that, our challenge is to figure out how, you, the consumer can work with us when you're on land and then when the guest is onboard, how everything is localized."

How close are we to chat across the fleet 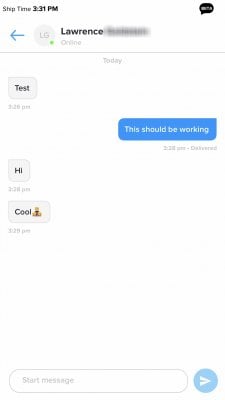 One of the most-requested features for Royal Caribbean to offer is a guest-to-guest chat communication feature. Royal Caribbean has been testing a chat function in its app on Allure of the Seas and Harmony of the Seas for months, so we asked Mr. Schneider when chat will roll out to the entire fleet.

"One of the things we've gotten complaints for, is the pace of our evolution. In fact, the number one reason people rate us poorly in the app store is, 'You're not on my ship.' That's deliberate. We want to make sure that the technology we put onboard every ship works flawlessly, and chat isn't there yet."

"We know people want chat. We know it's the number one feature they ask for, and it's something we're trying to rush to the market."

"I hope in early 2020, we will be able to light chat up on every ship that has the app. I think we're a couple months away of final testing."

"You asked the question around why it's hard to put technology on a ship, chat is the hardest. There is a number of ways Apple, and even Google on an Android platform, expect you to operate that doesn't exist at sea in the ocean."

"We know people want chat. We know it's the number one feature they ask for, and it's something we're trying to rush to the market."

How to make embarkation super smooth 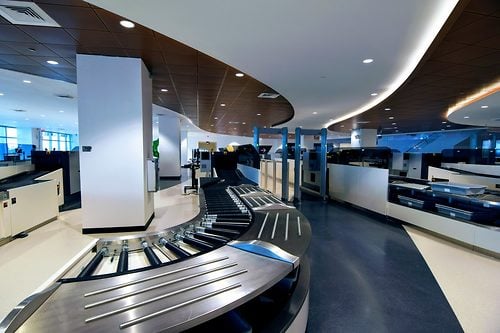 We asked Mr. Schneider how his team's work is making embarkation as easy as possible, and he shared a few easy tasks anyone can do to take advantage of the cruise line's expedited arrival process.

1. Create a guest account with Royal Caribbean before the cruise.

2. Download the Royal Caribbean app from either the iTunes App Store or Google Play Store.

3. Begin check-in and make sure you do a few steps:

a. Fill out all the questions in the short form provided.
b. Scan your passport with the app (do not manually enter the passport information).
c. Take a security selfie photo. Make sure you do not have a hat on or sunglasses, and have as muted a background as possible. 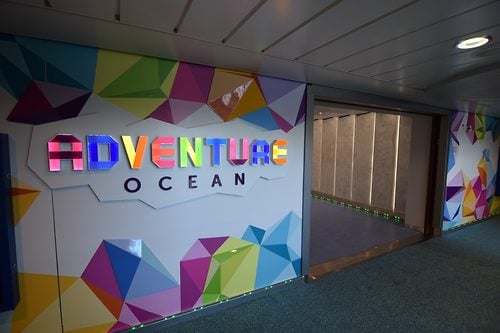 "The reboot of Adventure Ocean on Oasis is amazing...We wanted to bring technology to the experience that was contextual for each of the different age ranges that we serve."

"We wanted canvases that we could continue to tell amazing creative on, and digital gives us the ability to do that."

"You'll see technology that we've partnered with companies and bought. You'll see custom content that we've created. We wanted canvases that we could continue to tell amazing creative on, and digital gives us the ability to do that."

"I think one of the game changers is kids registration, instead of filling paper out for parents. Parents no longer have to fill paper out, it's tap your SeaPass card, we know who you are; tell us what we need to know about your kid and go on.  Eventually that'll be available pre-arrival in the app, so you could just do it pre-arrival and not even hassle onboard."

"For kids, there's games they've never played before, stories they haven't come through yet, really ways to entertain them that we haven't put on ships yet, that I think is going to be awesome."