They say April showers brings May flowers, but Sundays bring you a round-up of all of this week's Royal Caribbean news!

The Royal Caribbean news everyone was focused on this week was Symphony of the Seas, with a new accolade to add to her list: she is the most Instagrammable cruise ship in the world.

Royal Caribbean has appointed Russ Francis as the company’s first ‘Instagrammer-in-Chief’ as Symphony takes her first guests on their holidays in the Mediterranean from Barcelona, Spain. His new role will be to help inspire guests to do the ship justice through their Instagram content and establish Symphony of the Seas as the world’s most Instagrammable ship. 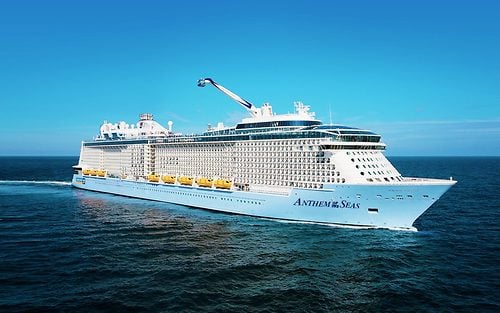 A long time Disney Cruise Line veteran tried Royal Caribbean for the first time, and on this week's episode, we take an in-depth discussion of the differences between the two lines, and how the two lines are similar and vary at the same time.

USA Today shared five things to love about Symphony of the Seas.

Business Insider has a look at how Royal Caribbean has gotten travelers to spend more money on its cruises.

Wired has a look at the inside story of how Symphony of the Seas was built.

Royal Caribbean Post Round-Up: July 25, 2021
Happy Sunday! We hope you are having a great weekend! Now it’s time to sit back, relax, and catch up on all the Royal…

Royal Caribbean Post Round-Up: November 20, 2016
Happy Sunday! Temperartures may be dropping, but there is plenty of Royal Caribbean news to share.  This is your weekly…

Royal Caribbean Post Round-Up: November 5, 2017
Happy Sunday! November has arrived, and we hope you had a great week with friends, family, and plenty of food.  Each…