Ovation of the Seas makes inaugural sailing to Vancouver

In:
Ovation of the Seas Vancouver

RoyalCaribbeanBlog reader twangster shared with us photos of Ovation of the Seas arriving into Vancouver. 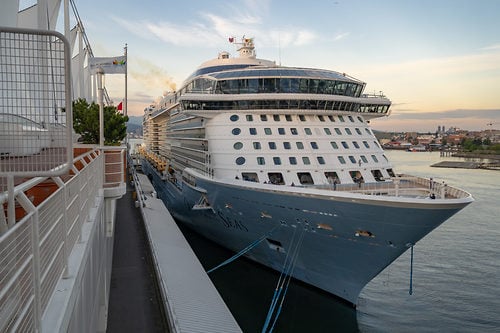 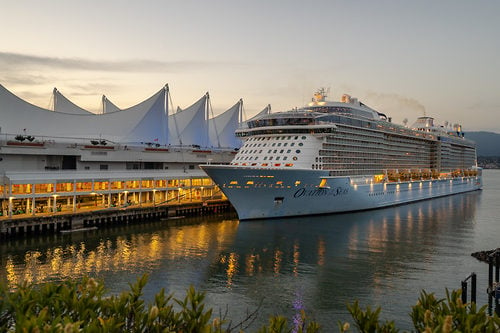 Ovation made history earlier in the day when she became the largest cruise ship to visit Victoria, British Columbia some 61 nautical miles away.  Both cities mark her first ever visit to Canada.  Victoria will be a regular stop on her summer itineraries to Alaska from Seattle while Vancouver will be the gateway used for her Hawaii repositioning cruises at the beginning and end of the Alaska cruise season.

Royal Caribbean will start using shore power when their ships dock in Vancouver, British Columbia, Canada, reducing at-berth emissions by allowing the ships to shut down diesel generators while in port. The advantage of using shore power is it reduces marine diesel air emissions by allowing ships to shut down their engines and connect to BC Hydro’s electrical grid while at dock.

Royal Caribbean is joining other cruise lines such as Disney, Holland America and Princess who are already using shore power at Port Metro Vancouver.

"Since its inception in 2009, shore power connections in Vancouver have reduced greenhouse gas (GHG) emissions by more than 11,000 tonnes," said PMV.

In:
Rhapsody of the Seas Istanbul Vancouver

Royal Caribbean has decided to send Rhapsody of the Seas to Istanbul instead of Alaska in 2015 and subsequently cancelled two sailings in April and May 2015 due to the change.

Royal Caribbean it is contacting guests that were booked on these cruises and offering them a full refund or the option to move to an alternative cruise, including the Trans-Pacific cruises on Radiance of the Seas.

Photo of the Day: Radiance of the Seas in Vancouver

In:
Radiance of the Seas Photo of the Day Vancouver