In:
Excursions
By:
Jenna DeLaurentis

If your next cruise docks in Costa Maya, Mexico, don’t hesitate to book an excursion to the Chacchoben Ruins. Located about an hour’s drive from the cruise port, Chacchoben is an archaeological site estimated to have been settled around 200 B.C. On the site are three excavated pyramids kept in excellent condition, as well as various smaller ruins to explore. 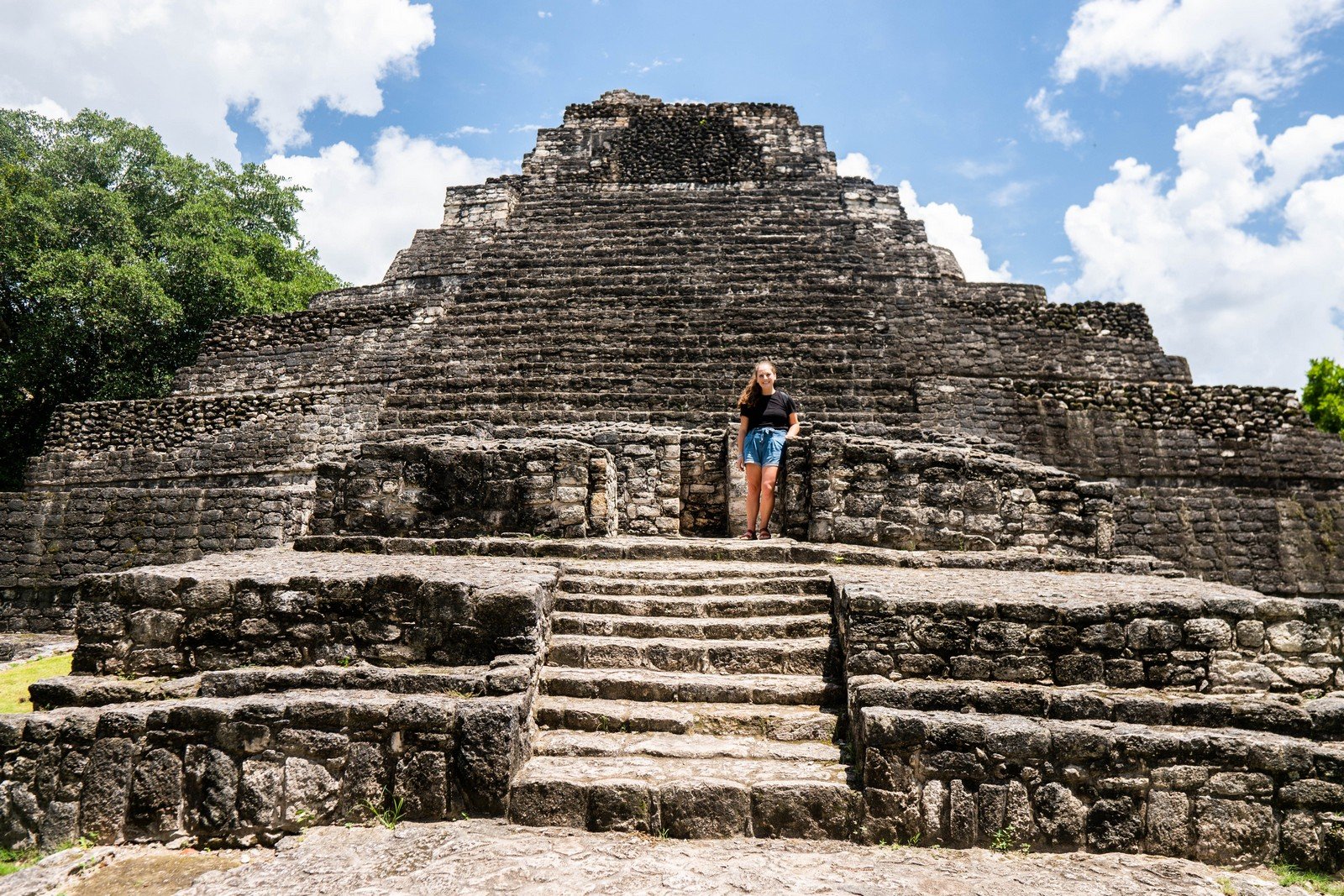 On my recent Western Caribbean sailing, I was torn between a beach day at Maya Chan or heading inland to the Chacchoben ruins. Ultimately, since I would be spending the following day at the Nachi Cocom Beach Club in Cozumel, I decided to book an excursion to Chacchoben.

I had never heard of the archeological site before and was not sure what to expect. However, I left the site extremely impressed by this fascinating look at Mayan history. Here’s what you can expect on a visit to Chacchoben. 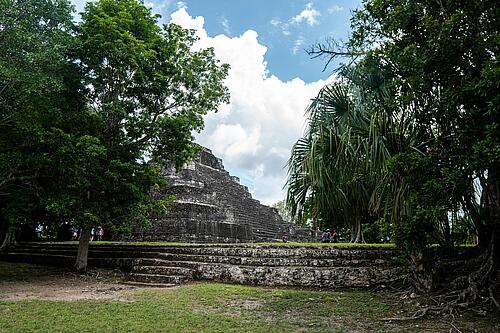 The Chacchoben ruins are part of an ancient Mayan city, with structures dating around 700 A.D. Chacchoben remained a ceremonial site for Mayans until 1847, at which point the Caste War began, leading to the eventual abandonment of the site. Forgotten for decades, the ruins were re-discovered in 1942 by a local farmer who built his home on the site.

The ruins have since been excavated and opened to the public. Today, visitors can walk around the beautiful jungle path at Chacchoben and encounter the pyramids, ancient plazas, and the tropical flora and fauna in the region. Our guide informed us that jaguars live nearby, but luckily we did not encounter any! 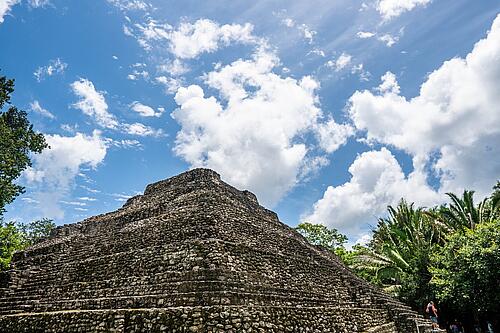 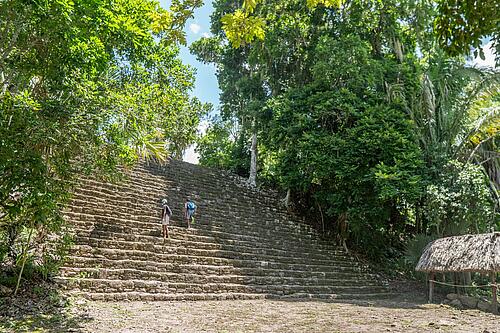 There are also several hills and mounds on the site covered in vegetation. These are presumed to be pyramids or other structures, and it was fascinating to see first-hand how the ruins were once hidden under the jungle. 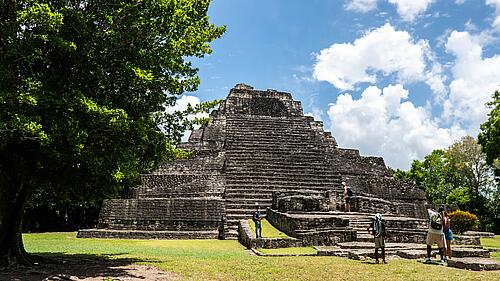 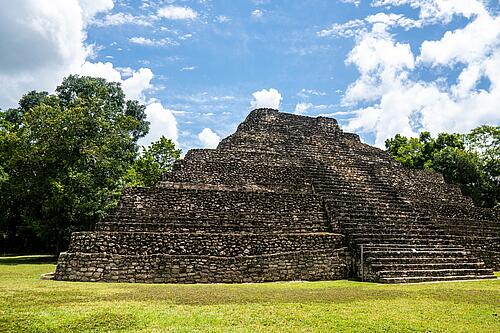 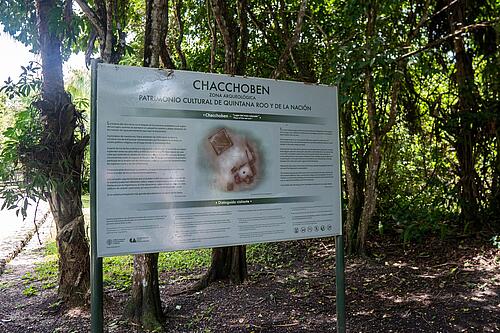 I booked my tour through a Royal Caribbean shore excursion, making my time in port stress-free. The tour lasted a total of four hours. After checking in with the guide at the shore excursions tent, our group got on an air-conditioned bus and began the drive through rural Mexico to the Chacchoben.

We had an excellent local guide who informed us about Mayan culture and history in the region. While you could technically visit the site on your own, having a guide provided a more in-depth look at the ruins and he was able to answer any questions I had. Interestingly enough, his first language was a Mayan dialect and he even taught our group a few phrases!

Our tour group consisted of a wide range of age groups and each group seemed to thoroughly enjoy the excursion. While a historical tour might not seem as appealing to kids as a water park or beach, the kids in our group seemed captivated by the ruins. They particularly seemed to enjoy climbing up and down the stairs and searching for monkeys in the trees. 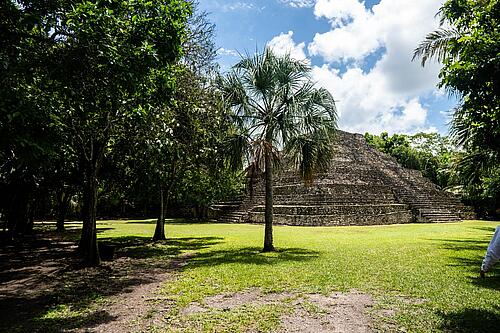 I was impressed with the condition and size of the pyramids. I also appreciated that visitors were not allowed to climb to the top of the pyramids, as this shows that an importance is placed on maintaining the site’s condition.

Much of the site is covered in lush rainforest which (thankfully) blocks the sun. The walking paths around the site were gorgeous, and our guide pointed out unique trees and plants the Mayans used for medicine and wellness. Food was not provided on this tour, but snacks and refreshments were available at the entrance to Chacchoben. Water was provided to all guests. 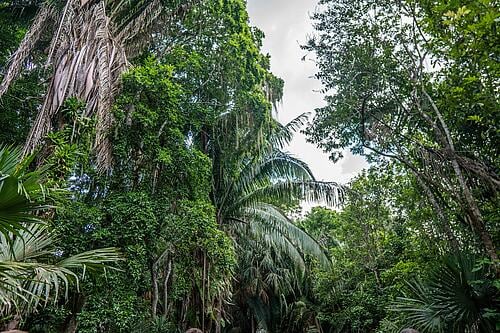 Overall, I was happy with my decision to book a Royal Caribbean shore excursion to the Chacchoben ruins. At $89 a person, I appreciated that all logistics were taken care of, including providing a knowledgeable guide. And as our time in Costa Maya was short (11AM - 6PM), I felt comfortable knowing the ship would wait for us if we ran into anything unexpected along the way.

And, while short, my time in Costa Maya was beautiful and historically enriching. I am already looking forward to returning and exploring more of what the port has to offer.

Video: 10 Things To Do on Any Cruise Shore Excursion
Regardless of what you have planned to do at the various ports your cruise ship will take you, here are ten things…

Kayak Adventure at CocoCay excursion review
Growing up in Florida, I’ve been canoeing a few times, but I’ve never been on a kayak before. Some of my former co-…