Royal Caribbean's next new cruise ship reached a major milestone on Saturday morning when it departed the shipyard hall it was being constructed in and was floated outside. 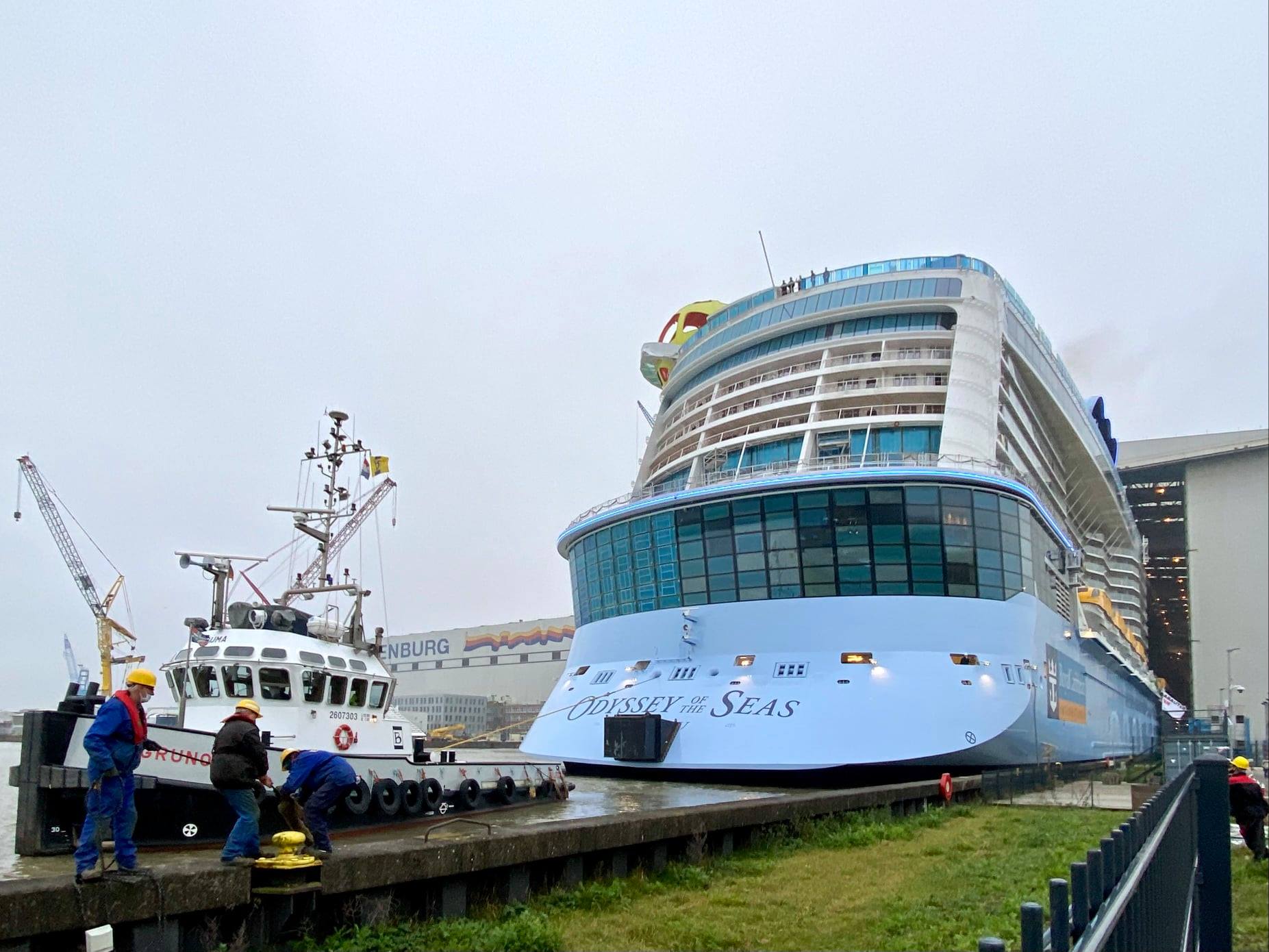 Ship building Meyer Werft shared photos of Odyssey of the Seas being pulled out of the shipyard by tugboat and docked just outside the hall. 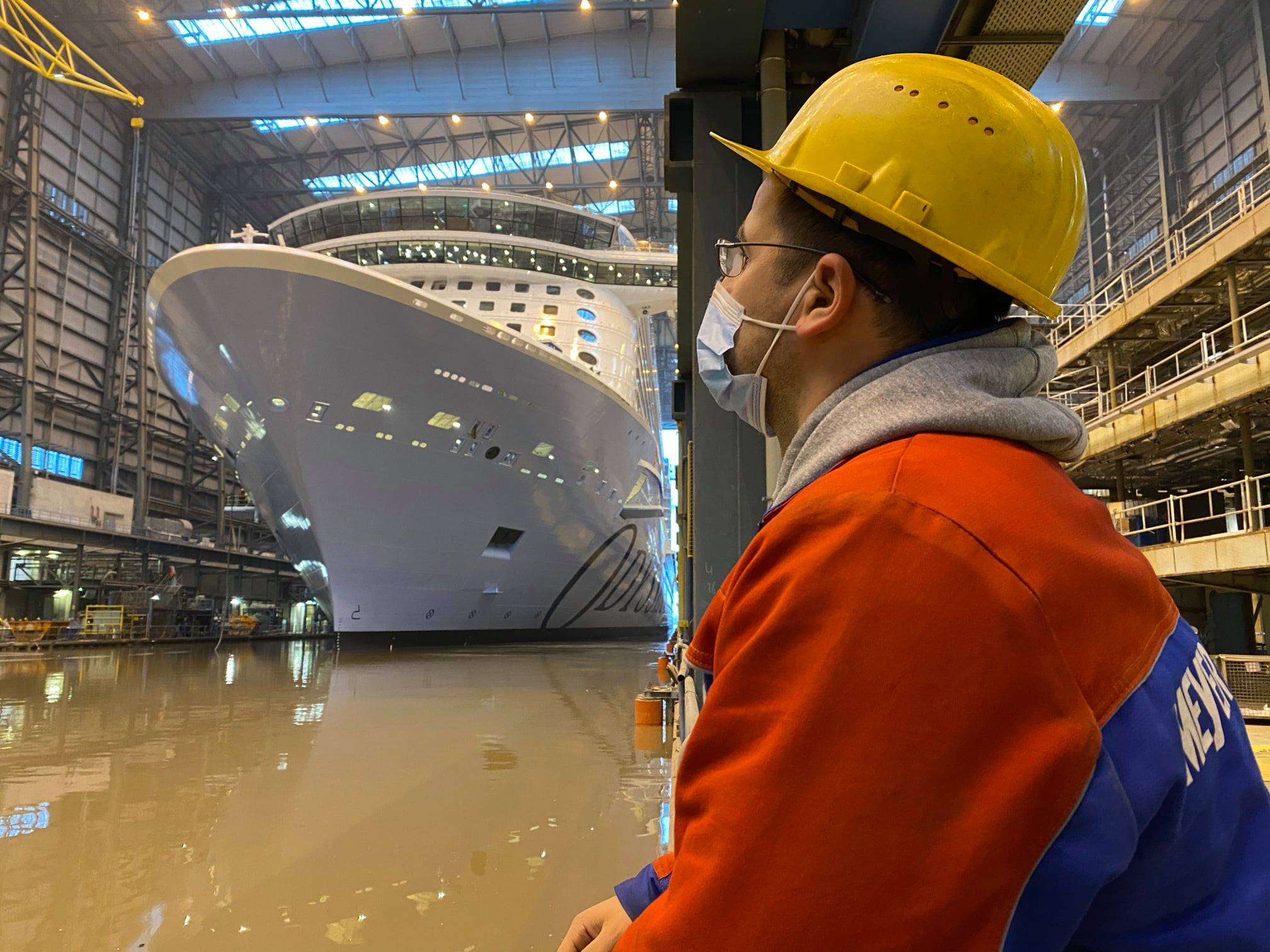 Now that Odyssey of the Seas is docked outside, more work will be done to add features to her, including the addition of the North Star observation pod.

The North Star is a glass observational pod attached to a giant arm that guests can board to get 360-degree views from 300 feet above sea level. 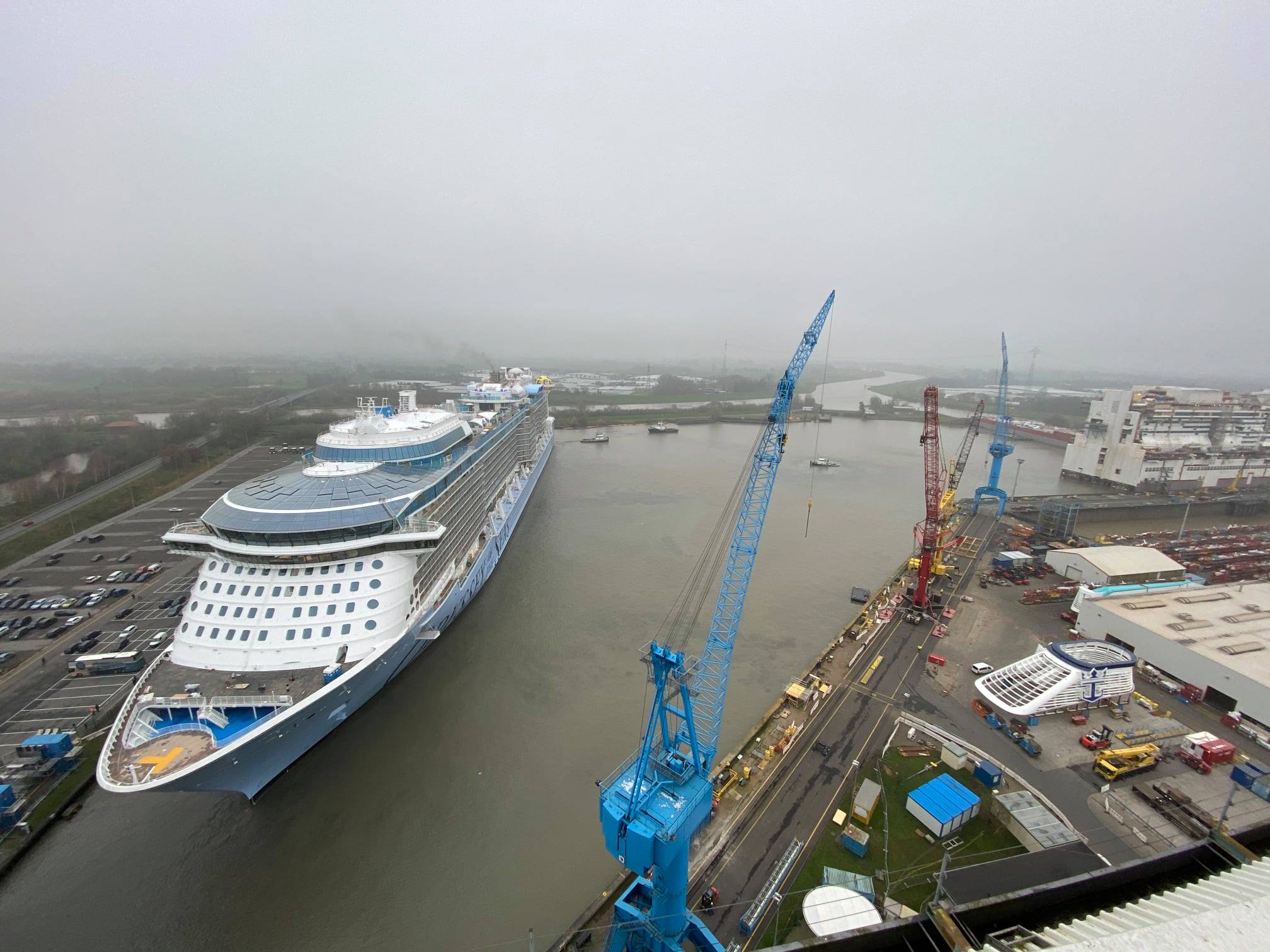 The ship's move today is a major milestone in the construction of any cruise ship.

Earlier this week, the finishing touches to the ship's undercarriage were being done when new propellors were added to the propulsion units. 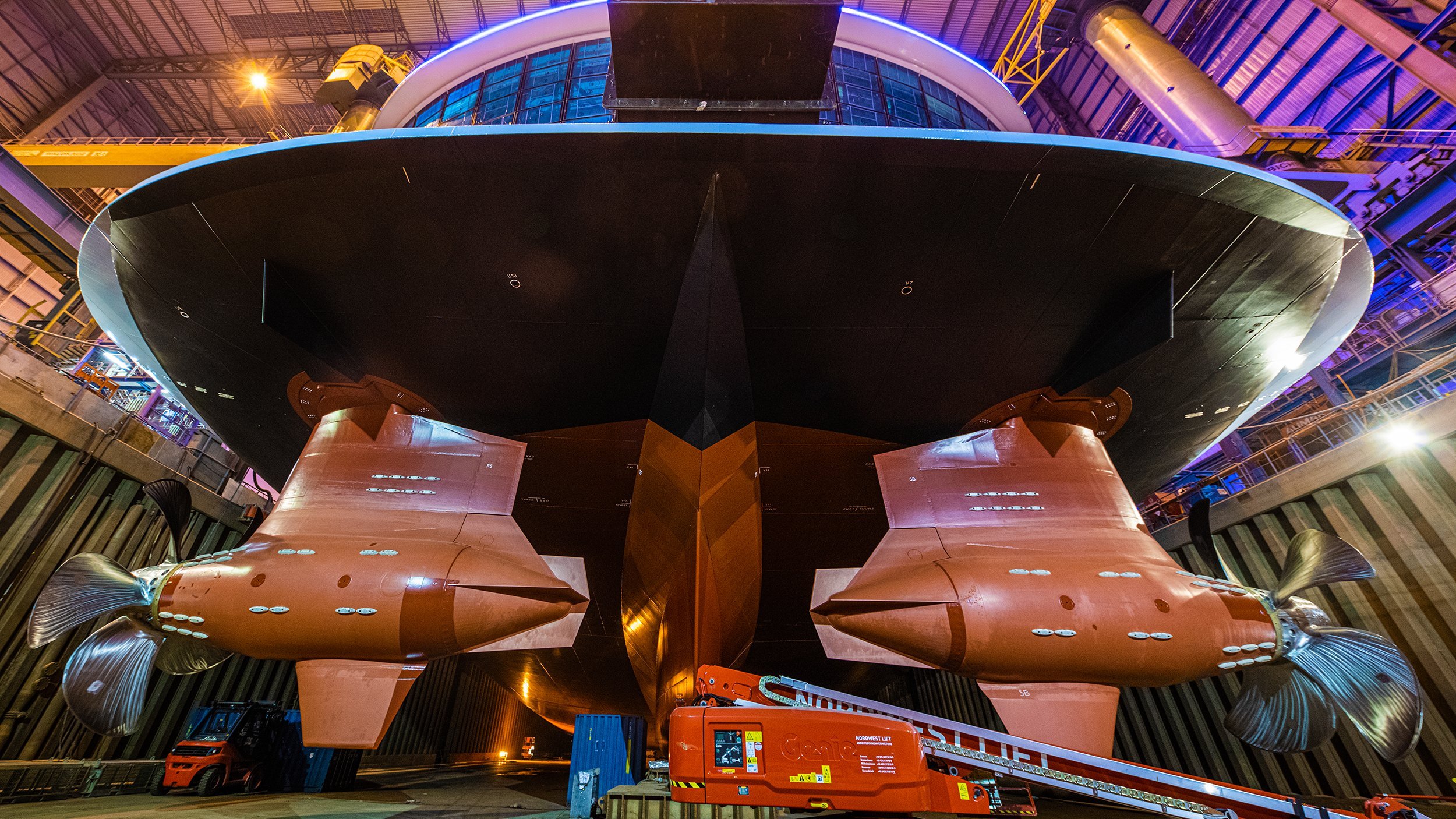 Odyssey of the Seas is scheduled to be delivered to Royal Caribbean in Spring 2021.