Royal Caribbean rolled out a new update to its smart phone app that adds support to two ships, plus new interactive games on Symphony of the Seas.

Version 1.13.0 was released today and it adds support for Harmony of the Seas and Liberty of the Seas. This brings the total to 12 ships in the fleet that can take advantage of the app.  Each ship has varying feature sets, as the app is still under development. 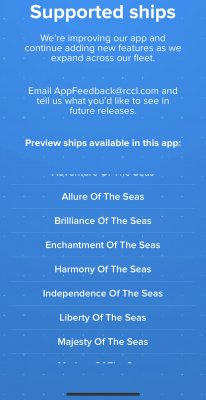 In addition, guests on Symphony of the Seas can download and play two new immersive games from the app: Duck Duck Bear and Splish Splash Soak. These games are activated when standing in front of designated signs on the Boardwalk. 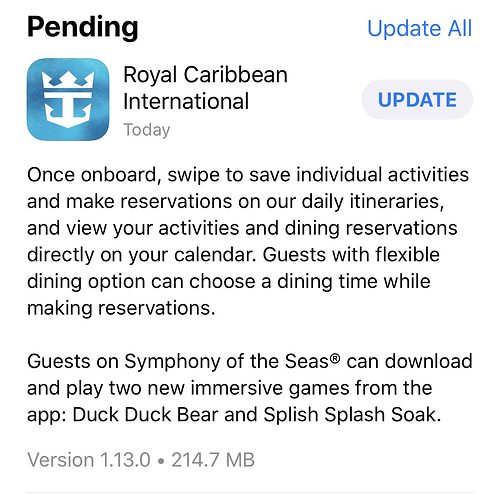