Royal Caribbean released a new teaser video that didn't reveal everything about its next new ship, but it did provide more of a glimpse of what to expect. Icon of the Seas will be Royal Caribbean's first in a new class of cruise ships and they still have not shown what the ship looks like, nor confirmed features onboard.  But they have steadily offered brief glimpses of what we might expect.

The newest video teaser was released today, where eagle-eyed viewers might spot a few features that seem to point towards what guests can expect onboard.

Here's what we found in the 7 minute video that stands out as interesting, intriguing, or just plain wow. 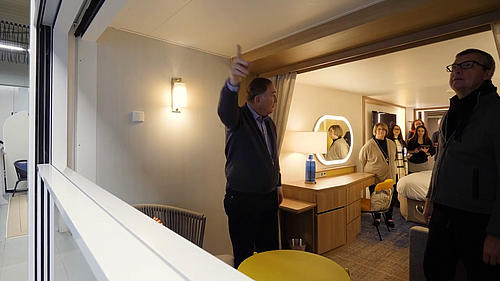 Royal Caribbean is borrowing a feature first seen on sister brand Celebrity Cruises with the design of some or all of its balcony staterooms.

While not mentioned, the video did clearly show a new type of balcony stateroom that offers a convertible indoor/outdoor space. Celebrity’s design team sought to solve that problem by creating a versatile area that could transform from a balcony into a sun room fully enclosed within your cabin. These cabins are excellent for cruisers on colder-weather itineraries, or who want the option of fresh air but don’t tend to spend much time on their balcony.

With an infinite veranda, there is no permanent wall between the cabin and the balcony. Instead, the balcony area is enclosed on its outer edges with glass windows; the one facing the sea can roll down just like a car window at the touch of a button. 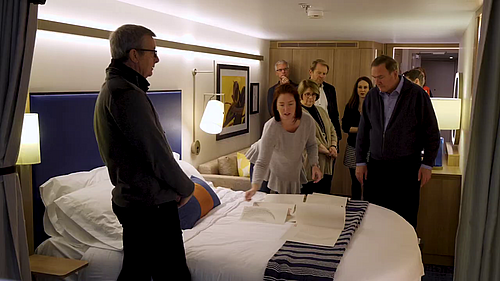 Accordion-fold doors can be closed to separate the open-to-the-air “veranda” from the cabin interior.

When not in use, roll up the windows, open the doors, and you have a roomier cabin with a sunny seating area at one end. 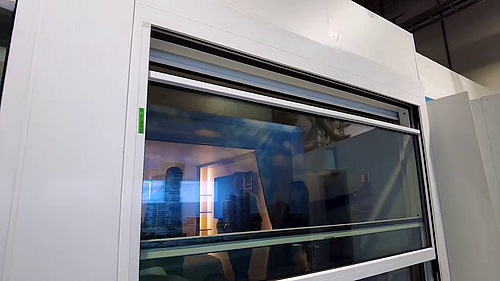 The inclusion of these types of cabins is not a surprise, as Royal Caribbean first surveyed customers about the idea back in 2018. Then in 2019, Royal Caribbean CEO Michael Bayley confirmed that the cruise line is looking at bringing the Infinite Veranda idea over to Royal Caribbean.

“Edge has a lot of innovation. We need time to assess what works well and what doesn’t but we will take on some elements and put them on the new class of ship – Icon class and potentially Oasis 5."

Later in the video, more traditional balcony cabins were shown as well. 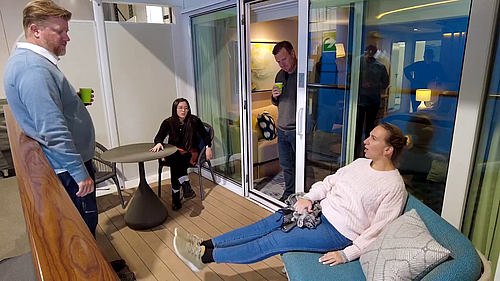 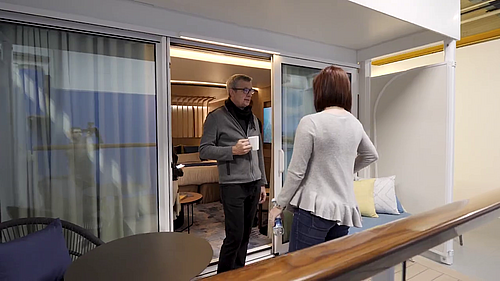 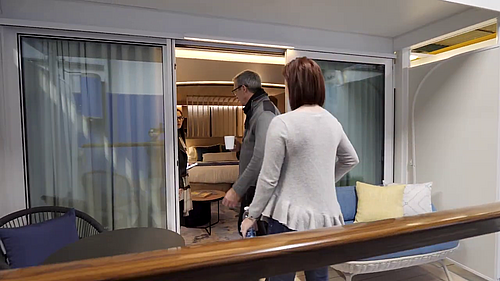 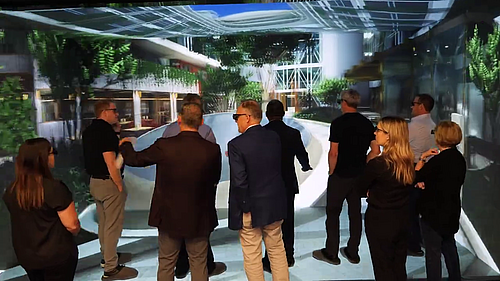 Something else we've all assumed was coming and now appears to be all but confirmed is a Central Park area of the ship.

First introduced on the Oasis Class ships, this open air part of the ship has trees, bushes, and lots of plants to help liven up things. 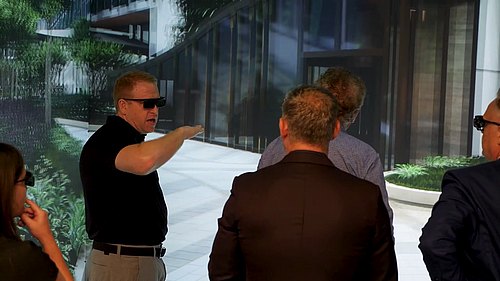 Looking at construction photos, it appears a space was left for a Central Park neighborhood based on the look of the area matching up with the Oasis Class. 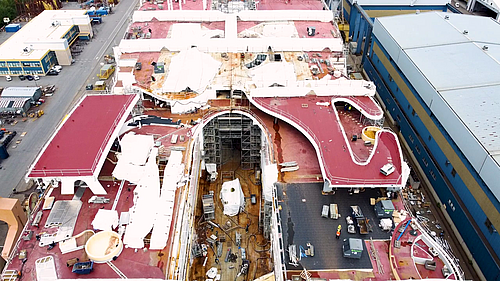 While at Royal Caribbean's Innovation Lab in Miami, the video showed executives seeing a virtual reality view of what looks like Central Park on Icon of the Seas. 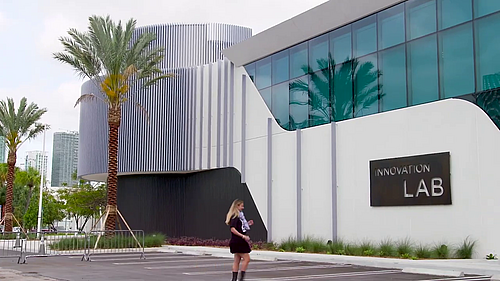 Of course, the video did not specifically mention it so it's not confirmed.  But the similarities are uncanny. 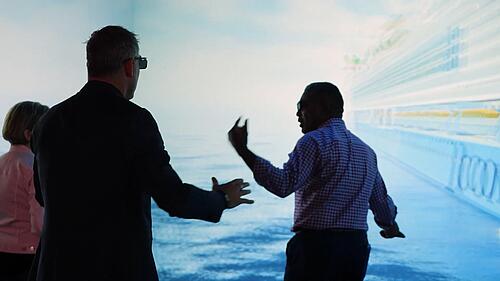 Icon of the Seas will follow in the new style of a larger sizing of the ship's name on the hull.

Both Odyssey of the Seas and Wonder of the Seas made the change to the larger ship name look on its hull. 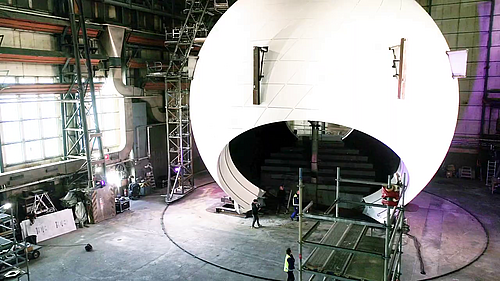 Once again, we have a look at The Pearl on Icon of the Seas and still have no idea what it is.

This time, we not only saw exterior photos, but also got a look at some of the panels. 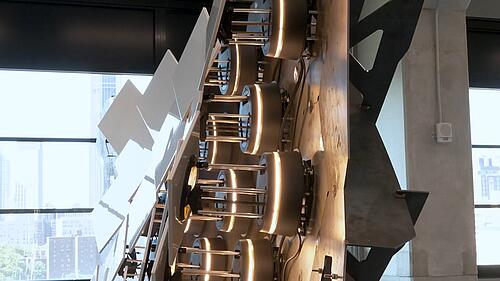 In January 2022, a large pearl-shaped object appeared in the shipyard that capture the attention of cruise fans who are curious to know what it might be.

Royal Caribbean has not announced what it will be, but it is going to be a feature on Icon of the Seas.

"More water and weight than ever before"

Let your imagination run wild with the teaser at the end of the video about water weight.

The narrator mentions, "...how and where will the teams add more water and weight than ever before."

When does Icon of the Seas launch? By December, Icon of the Seas will be 80% complete from a construction perspective.

In the video it was disclosed there's about 3,000 people working on the ship every day.

More information on Icon of the Seas and a big reveal is slated for October 2022.