The construction of Royal Caribbean's first Icon Class cruise ship reached an important milestone this week when the keel was laid for Icon of the Seas. At a ceremony held at the Meyer Turku shipyard in Finland, the official start of construction was celebrated.

Icon of the Seas will be the first of three Icon Class cruise ships, which the cruise line says will have a bold new design.  The cruise line has not yet released details on what the new ship looks like, or any of the features onboard.

Royal Caribbean Group President and CEO Jason Liberty was joined by Chairman Richard Fain, along with Meyer Turku senior executives and teams on Tuesday for the keel-laying. 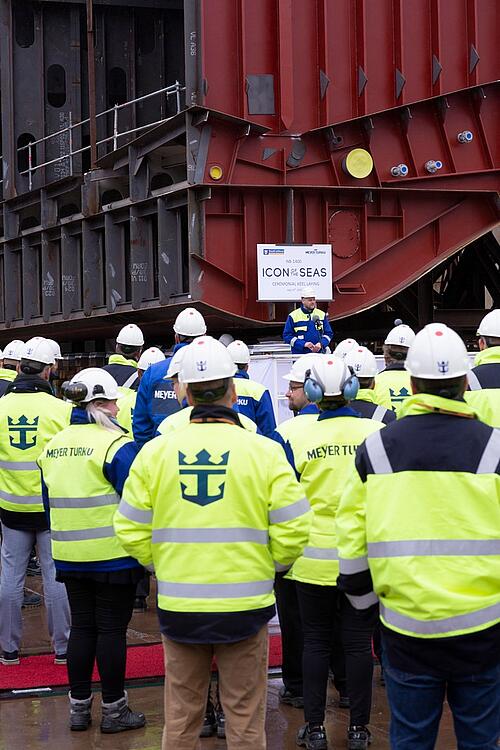 The ship's keel is the first block, and it is maritime tradition to commemorate this phase of a new ship construction.  Icon's first block required a 3,000-ton crane lifting the block into place on top of freshly minted coins, which represent the shipyard and cruise line.

The coins are meant to bring luck during construction, and they will be retrieved and given to Icon’s captain and crew before setting sail. 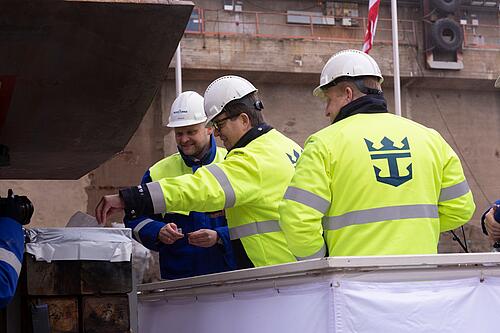 Royal Caribbean President and CEO Michael Bayley shared his excitement for the new ship, "Five years ago, we began dreaming of Icon of the Seas, and now the next phase of this iconic adventure is beginning."

"As this game-changing ship takes shape, the excitement from families and travelers alike, travel advisors and our partners continues to build. Later this year, we’ll reveal the lineup of firsts and favorites that will set a new standard for vacations come fall 2023."

Icon of the Seas will be powered by liquefied natural gas (LNG).

It's expected we will get more information on Icon of the Seas' deployment and ship details beginning later this spring.

Read more: A look at Royal Caribbean's plans now that cruises are back