The last day of our cruise visits Nassau, Bahamas.

We did not have any plans to do anything onshore for this visit, although I left the possibility open to maybe walk off for a beer later.

Since we had no plans, we slept in a bit and woke up to a cloudy and windy day.  Independence docked earlier in the morning, and I noticed we were docked at what I believe is one of the new piers they built. 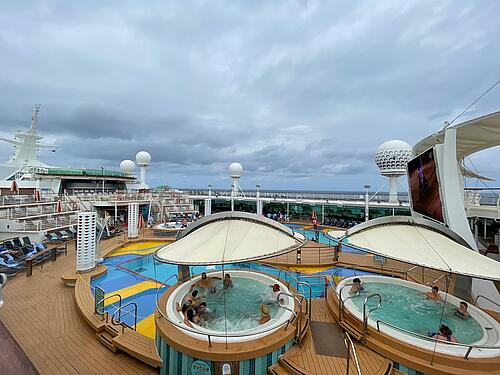 We were further down into Nassau Harbor, with Celebrity Apex docked behind us. 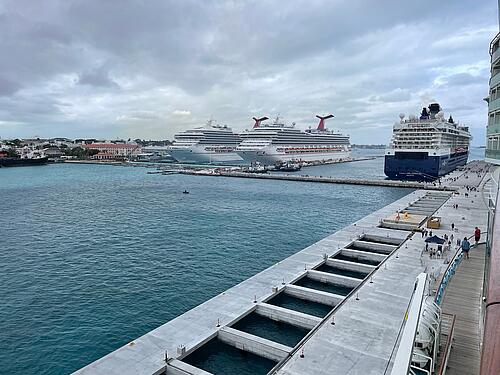 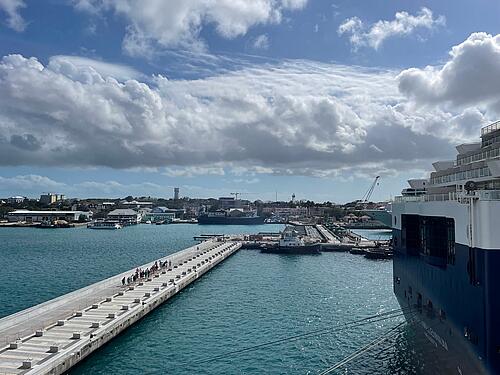 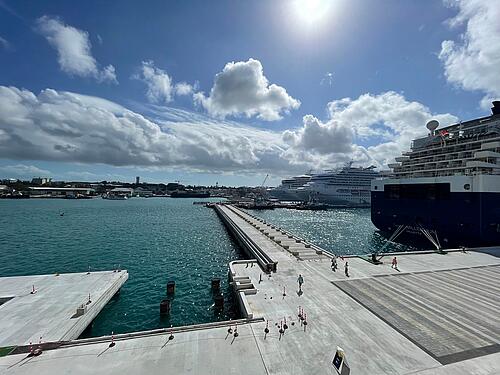 After getting breakfast, we went up to the sports deck. Originally I was going to take the kids to do the SkyPad again, but it wasn't open until 1pm.

Instead, we saw the pickleball court was set up and took the kids to try it out. 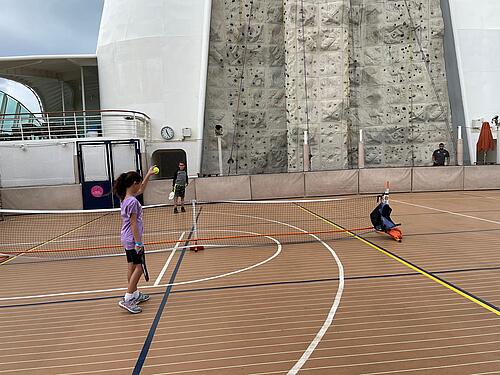 Pickleball is essentially tennis with a whiffle ball and hard racquets. It was a lot of fun, although the wind made the game very difficult to keep the ball in play.  My lower back did not agree with it either, but I still enjoyed it.

A friend signed up for the ping pong tournament they held aboard the ship, and about a half dozen people participated. He came in second place at the end of the competition. 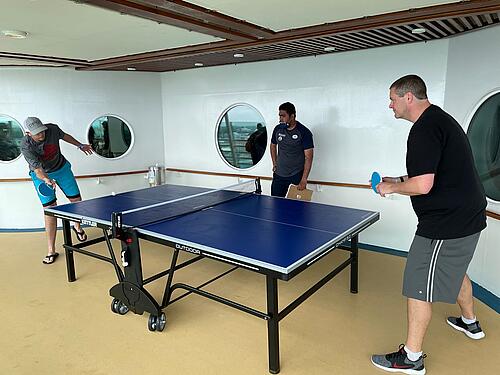 Lunch brought us back to Playmakers.

Unfortunately, they seemed to be a bit short staffed and our waiter told us the kitchen is a bit overwhelmed.  We told him to bring out whatever he had, when he had it.

The meal took longer than I planned, but Playmakers is usually slow to begin with.

After lunch the kids wanted to try the family scavenger hunt.  They had 15 minutes to answer a bunch of questions and take photos of various things around the ship.

They didn't win, but they liked being able to run around the ship for a few minutes and play.

We had planned to go see Grease, but opted instead to take a break and let everyone relax. Sometimes a lot of vacation fun needs a reset to keep everyone even-keeled. 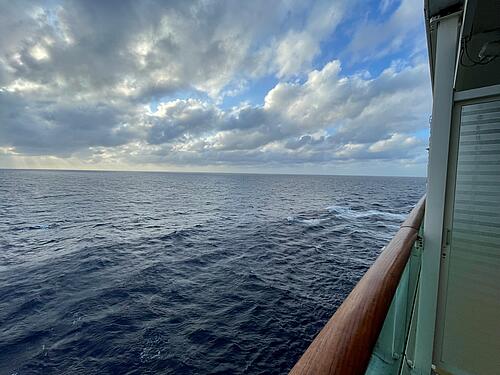 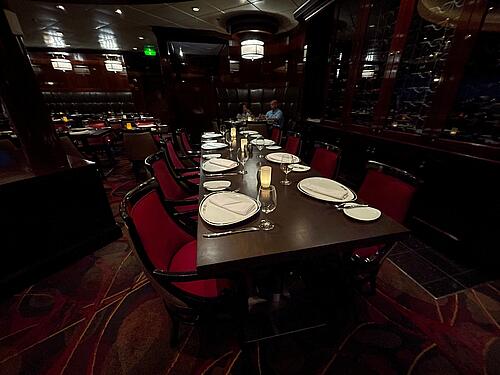 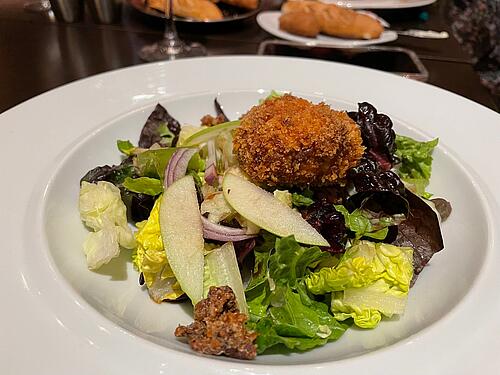 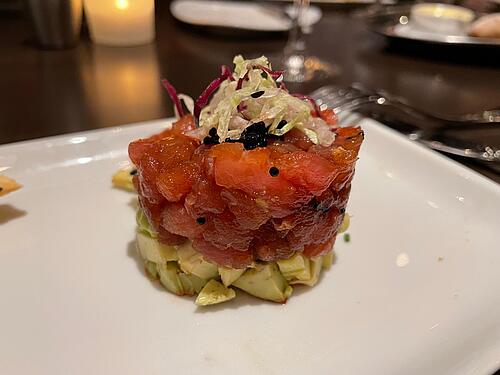 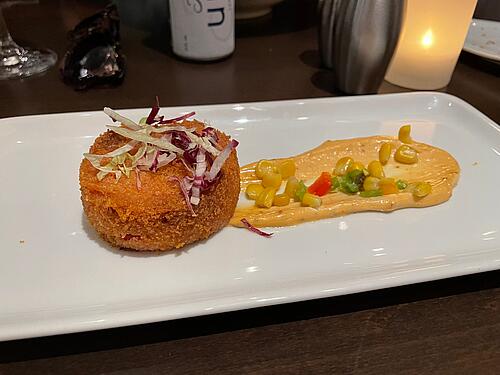 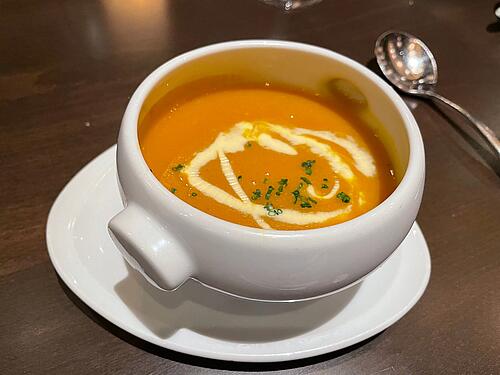 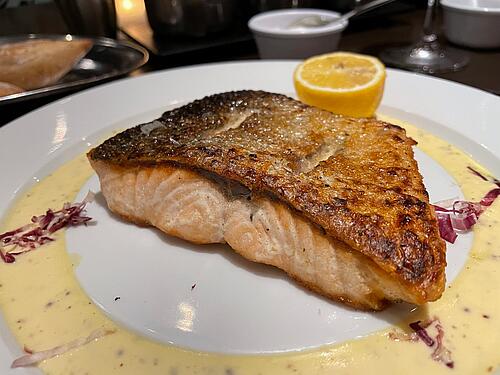 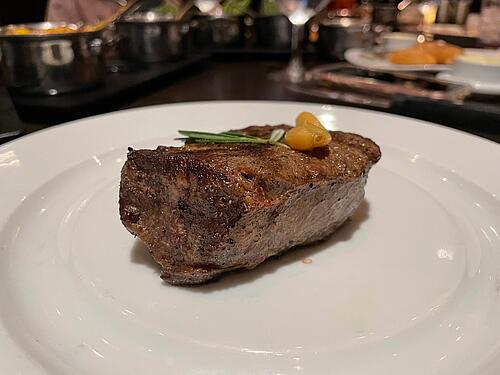 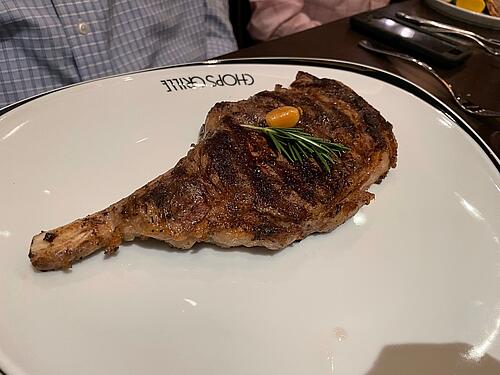 After dinner, we played a bit in the casino and then had some drinks at Playmakers to round out our evening.

Overall, it was a fun weekend on Independence and it gave us exactly what we wanted: a weekend getaway to CocoCay.

Thanks for following this live blog. Our next live blog is in less than two weeks when I check out the brand new Wonder of the Seas!

For the departure options after the cruise is over, there are segmented self-assist times. 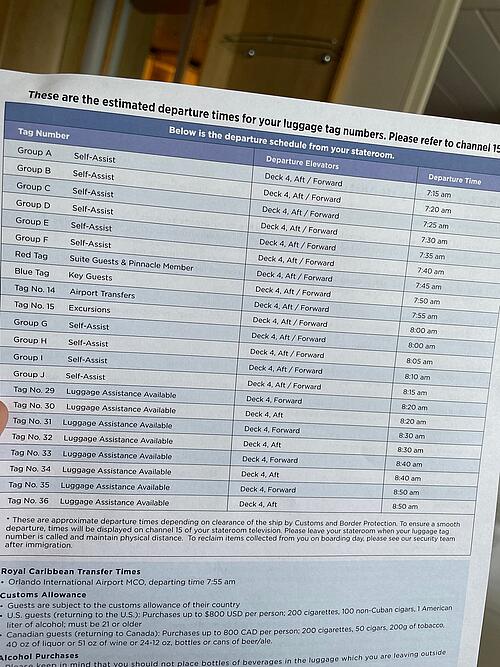 I had never seen this before, but essentially instead of a luggage tag number, people who want to walk off the ship on their own have assigned times.

I suspect this is because on a 3-night cruise there will be a lot of people looking to do self-assist and they want to prevent a mass of humanity trying to get off the ship at the same time.

I found a tribute to travel writer John Honeywell, better known as Captain Greybeard, on the sunning deck above the Sky Bar. 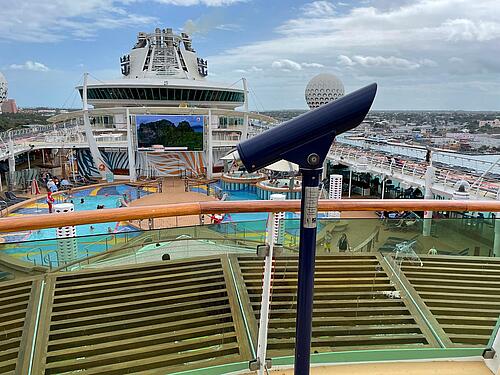 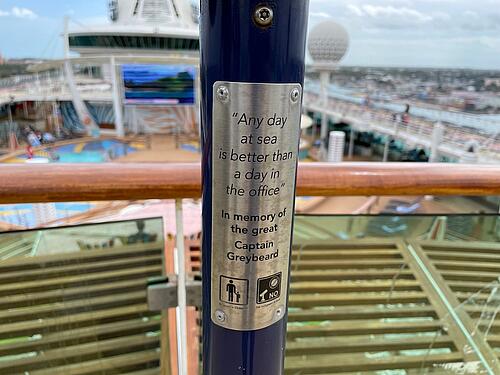