In:
Independence of the Seas Live Blog
By:
Jenna DeLaurentis

Today is my first day onboard Independence of the Seas for a 4-night Bahamas and Perfect Day cruise. This is also my first time on a Freedom-class ship, so I woke up this morning especially eager to get onboard! 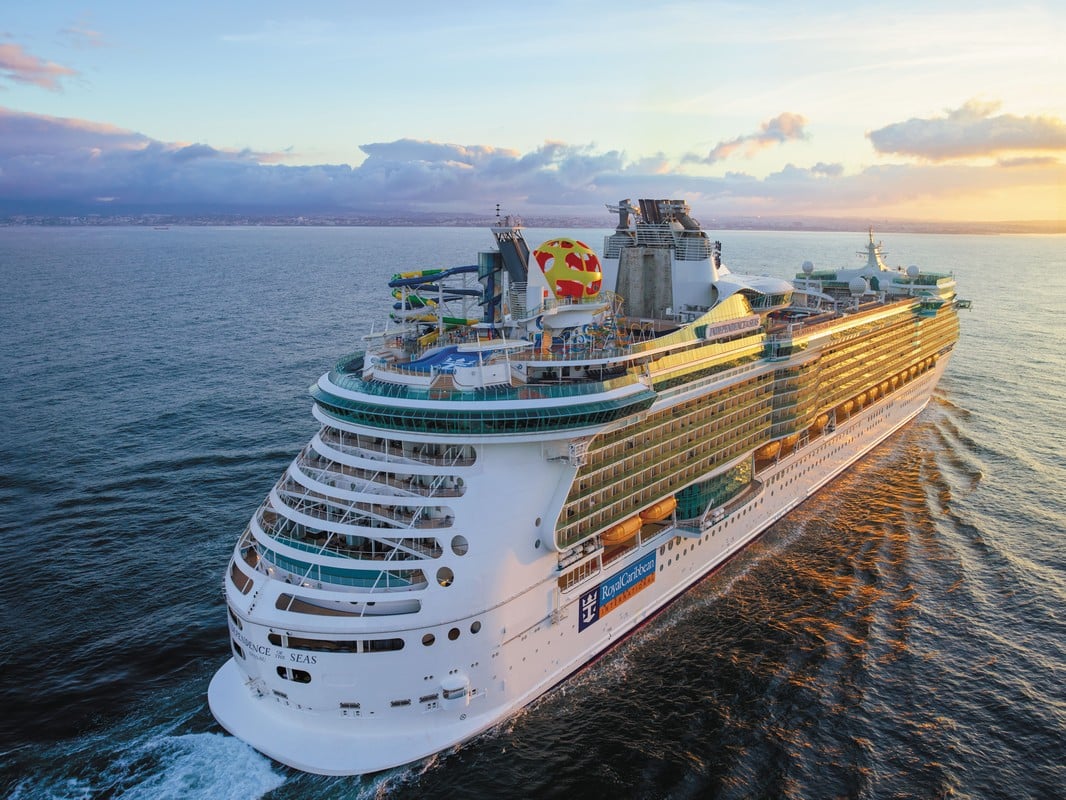 I was able to snag an early check-in time by monitoring when my sailing would open for check-in on the Royal Caribbean app. I boarded quickly at 11:30AM and headed to the Windjammer.

After a delicious lunch of Indian curry, I was off to explore Independence of the Seas. 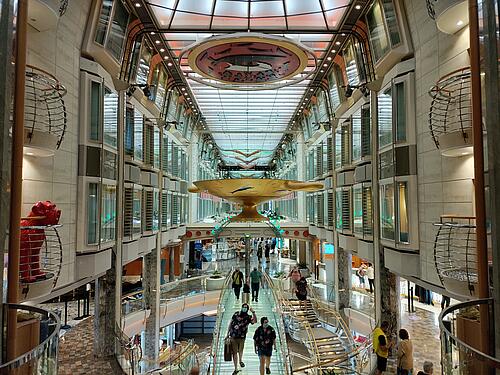 Independence was recently amplified in 2018 and is fit with many of Royal Caribbean’s newest venues and activities. Recent additions to the ship include waterslides, a Sky Pad, Escape Room, large Splashaway Bay, Playmakers, Izumi hibachi, and Sugar Beach. 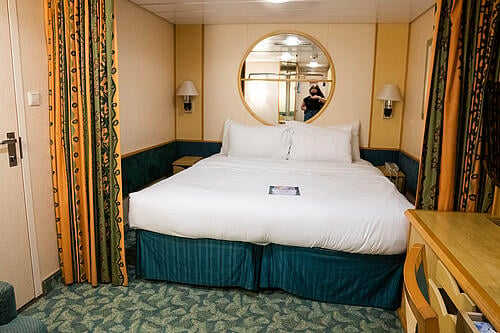 Cabins were ready at 2PM. I am staying in an interior cabin on this cruise. I did not select my own stateroom when I booked and was assigned to a studio cabin. Studio cabins are slightly smaller than a regular interior room, but offer enough space for a solo traveler.

I caught up on work at Cafe Promenade before heading to the pool deck for sailaway. The weather was on and off throughout the afternoon, and around sailaway the wind was quite intense. However, I still managed to get some nice views of Independence of the Seas sailing out of Port Canaveral. 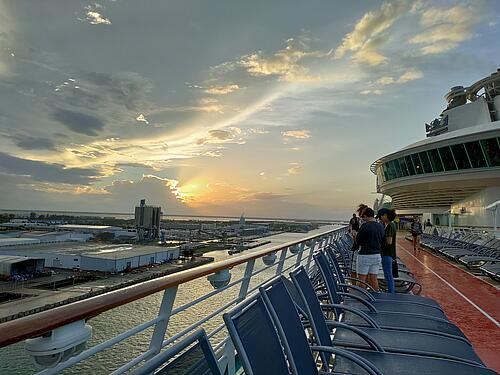 This is my fifth cruise, and my goal for this sailing is to try activities that I have not done so far on a cruise ship. Today's activity of choice was ice skating in Studio B.

Sign ups for ice skating begin 30 minutes prior to the start of the activity. I went to Studio B as soon as sign ups began and there was no line, so I signed up for the first spot available. 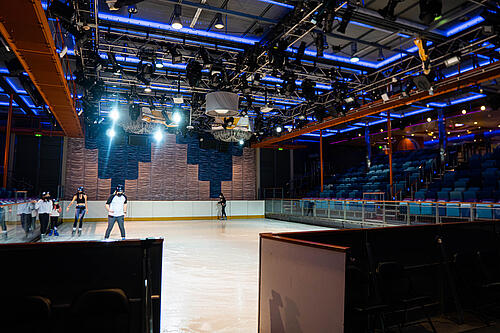 Time slots for ice skating were in twenty minute chunks. They did not appear to be allowing many people to sign up for each slot due to limited capacity, so the ice rink was nearly empty for my turn.

It was really enjoyable and, despite a few close calls, I didn't wipe out on the ice! I think I have a new appreciation for the talented figure skaters that perform onboard. I cannot even imagine doing a triple axel or backflip on the ice!

Dinner tonight was at Playmakers. The Playmakers on Independence of the Seas is huge! It must be nearly double the size of Playmakers on other ships I have sailed on. There is ample seating, a ton of TVs, and arcade games. 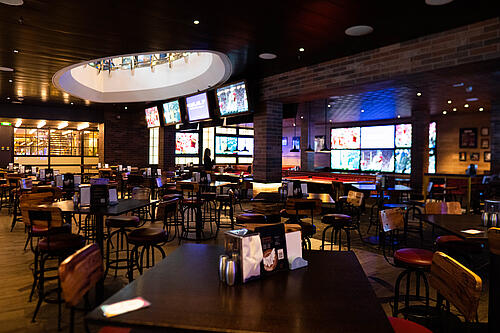 Because it is so large, the venue feels more like its own restaurant and bar on land as opposed to a small venue like on Mariner of the Seas. And while Playmakers is a specialty restaurant, I think the prices are more than reasonable. 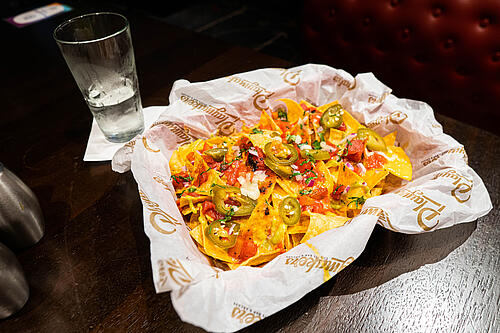 I ordered the Pile on Nachos, which is one of my favorite appetizers at Playmakers. Loaded with guacamole, tomatoes, jalapeños, and cheese, it was delightful!  I will most certainly be back at Playmakers this week for one of the best desserts on any Royal Caribbean cruise, the Campfire Cookie.

After dinner, I walked around the Royal Promenade. As a Freedom-class ship, Independence of the Seas is similar to a Voyager-class ship, but is longer, thus allowing for more space and venue options. I’m not sure if it is because the ship has limited capacity or because it was still dinnertime, but the Promenade was pretty empty this evening. 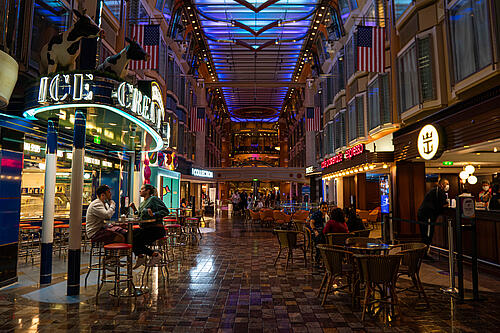 After walking around and filming for the Royal Caribbean Blog YouTube channel, I decided to call it a night in order to get some rest for another fun-filled day onboard tomorrow.

Perfect Day at CocoCay and our sea day got flip-flopped due to weather, so tomorrow will be a sea day.

Independence of the Seas is sailing with a capacity of around 1700. It does not feel crowded and everyone seems to be adhering to protocols well. I have been avoiding really crowded areas as a precaution.

There do not seem to be any cancellations in entertainment offerings onboard. Both Grease and the ice skating show will be happening this week, and I am excited to check the two shows out.

I am really craving my favorite drink onboard, the Banana Colada, but there is no Bamboo Room on this ship! However, there is a Vintages wine bar, so that will suffice!

A Freedom-class ship feels almost identical to a Voyager-class ship. In fact, I may not have even noticed anything was different if I hadn’t known ahead of time!

As someone who enjoys learning languages, I love the global environment that crew and passengers create on a cruise. Getting a chance to practice my Portuguese skills with a crew member from Brazil is always fun!

Outlets can be hard to find in public areas onboard. There is a set of outlets in the corner of Cafe Promenade if you need to charge a device or get some work done.