The world's largest cruise ship is one giant step closer to her launch. 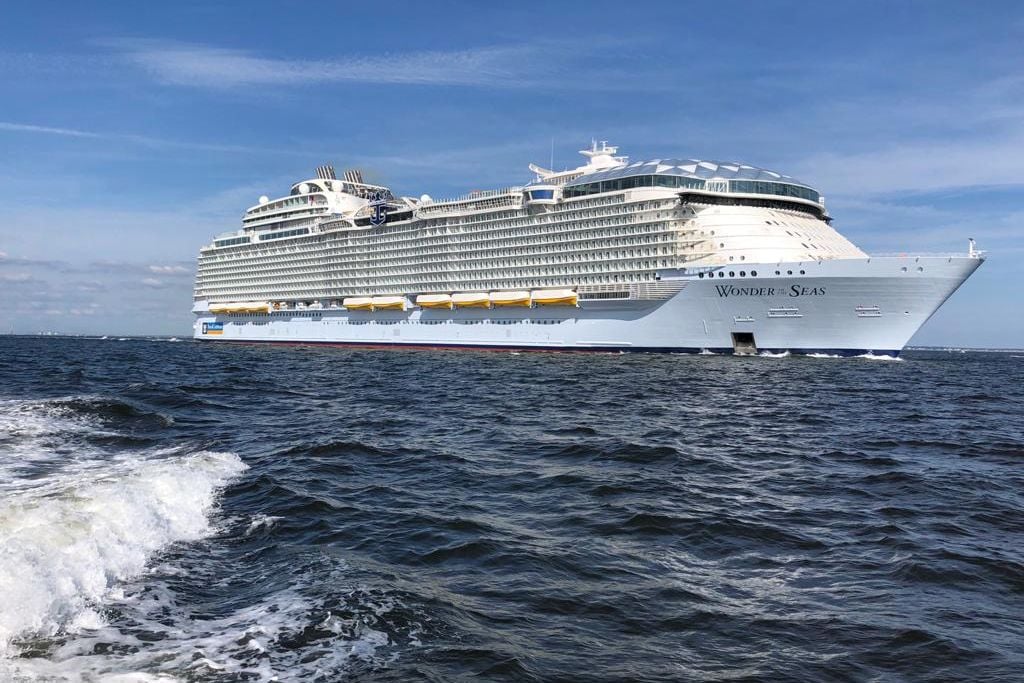 Royal Caribbean's Wonder of the Seas departed the Chantiers de l’Atlantique shipyard in Saint-Naizaire, France to begin a 4-day voyage to test the vessel out.

According to the shipyard, seven dozen tests will be carried out onboard to test out the ship's performance.

The shipyard will evaluate the ship's speed, fuel consumption, stability, noise and vibration measurements to ensure the ship is operating correctly. 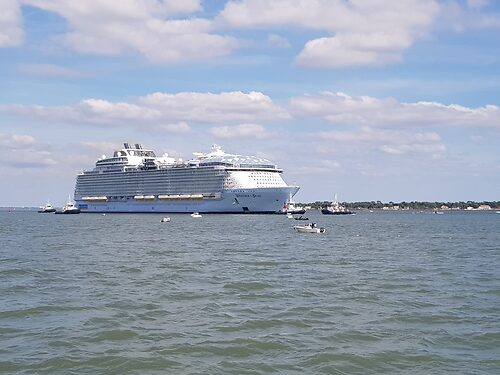 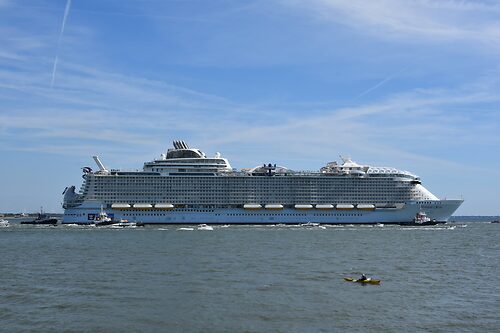 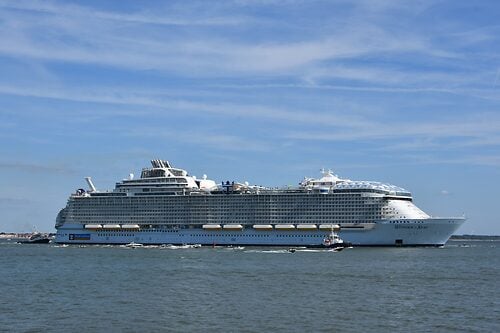 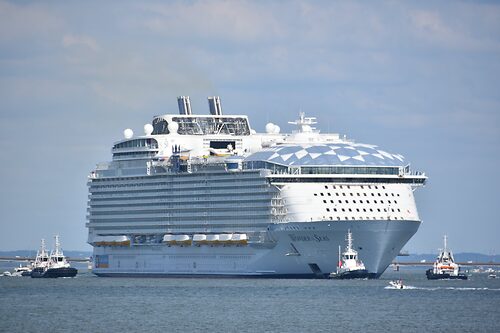 The plan is for Wonder of the Seas to spend 4 days at sea, and return to Saint-Naizaire on Tuesday, August 24 with the tide at around 5am.

Wonder of the Seas will become the largest cruise ship world, and can accommodate 6,800 passengers and 2,400 crew members. She has a length of 362 meters and a width of 66 meters for a weight of 230,000 tons and a draft of over 9 meters.

She is the fifth Oasis Class cruise ship in Royal Caribbean's fleet, and has 100 cabins more than Symphony of the Seas.

This is the third Oasis Class ship built at Chantiers de l’Atlantique in Saint-Naizaire, France (Harmony and Symphony of the Seas).

Wonder's debut was pushed back from 2021 to 2022 due to the global health crisis. The impact of worldwide port and shipyard closures has created delays in the construction schedule and delivery of Wonder.

Wonder of the Seas will sail from Shanghai and is scheduled to begin cruises in Spring 2022.

Sea trials are tests of a cruise ship's navigational and technical systems, which are the final part of cruise ship construction prior to delivery.

The most Instagramable places on Wonder of the Seas
The largest cruise ship in the world offers plenty of picture taking opportunities. From pictures of the ocean at…

Royal Caribbean redeploys Wonder of the Seas to Fort Lauderdale instead of China
Royal Caribbean has changed its mind where it will send the soon-to-be largest cruise ship in the world. Instead of…

Japanese hibachi restaurant confirmed for Wonder of the Seas cruise ship
There are not many details about Royal Caribbean's next new Oasis Class cruise ship, but we can confirm one specialty…