In:
Dining Technology
By:
Matt Hochberg

Technology innovates constantly, and Royal Caribbean has never been one to shy away from leveraging new advances to improve the guest experience. 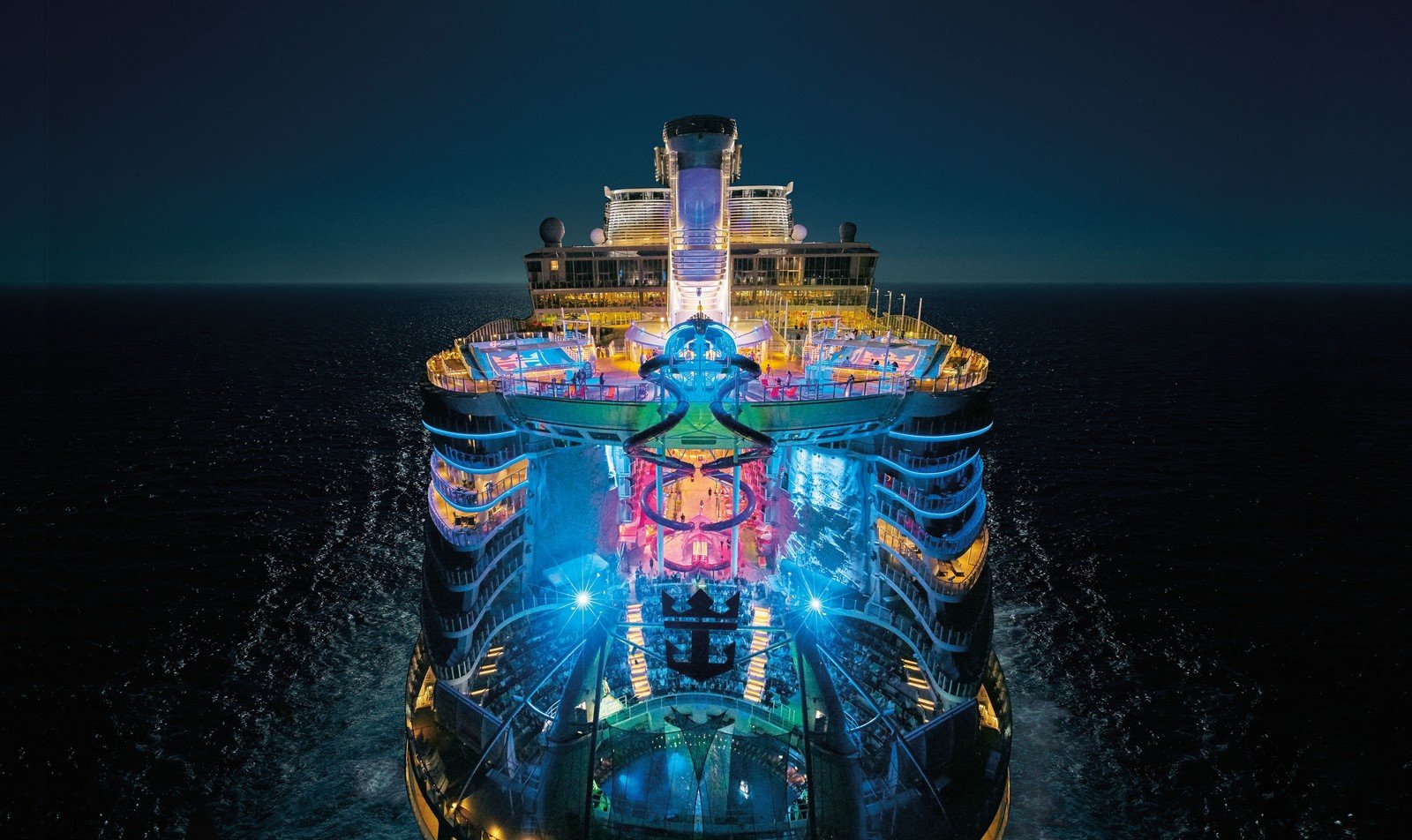 Most recently, the cruise line rolled out a virtual muster drill that not only solves a social distancing problem, but also addresses a negative guest experience that has been an issue for decades.

Royal Caribbean has plans for other next generation transformations to the cruise ship experience, and some have already been filed with the United States Patent and Trademark Office.

Whether or not these products ever see the light of day is another question, but here are some of the more intriguing and futuristic ideas that might be coming to a cruise ship near you sometime soon. 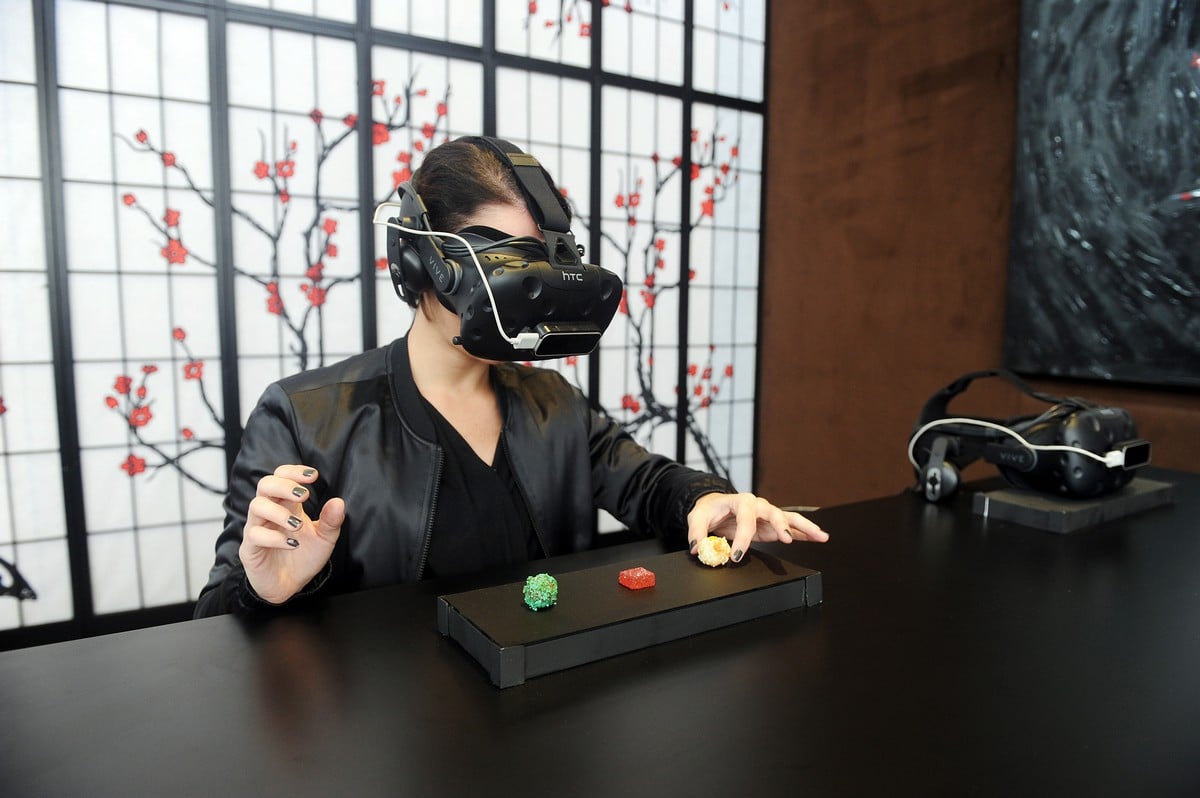 Despite the cruise industry being stuck in a year-long shutdown, Royal Caribbean is still hard at work innovating the cruise ship experience.

The cruise line files plenty of trademarks and patents, including a patent for virtual reality dining that caught my attention.

The patent was filed in 2018, but has been updated as recently as November 2020 and was summarized as follows:

I was able to actually try out this idea in a very early test back in 2017 at a press event that introduced a number of new technologies and concepts.

Essentially, the user puts on a virtual reality headset and is seated at a virtual restaurant.  You see virtual food, which is replaced with real food by servers around you. 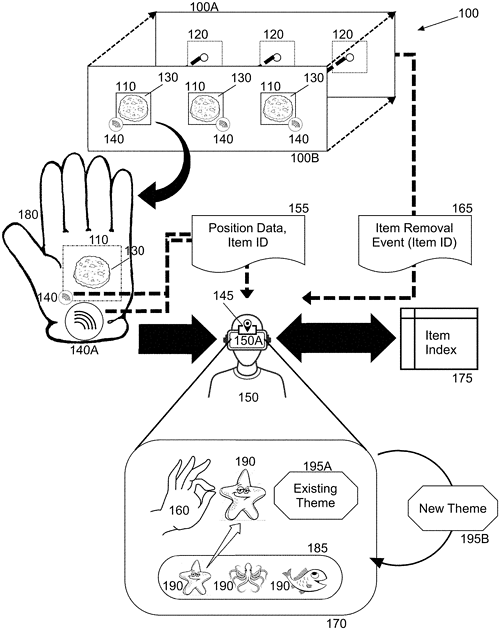 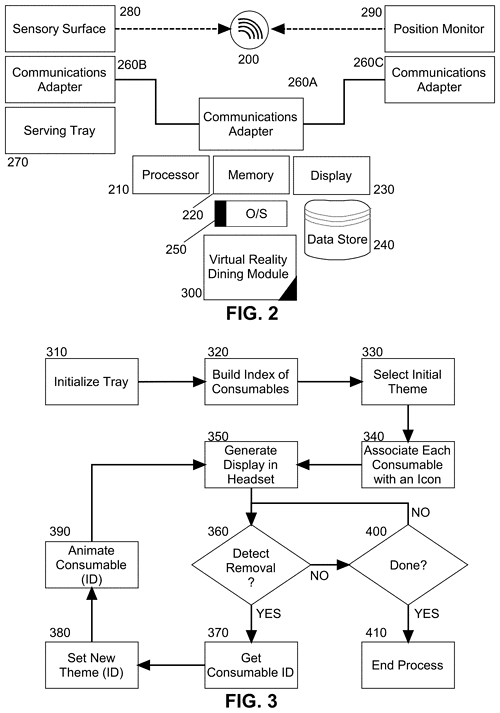 The idea is that your surroundings and overall experience are more than just being in another restaurant.  There is the opportunity for eating to be a visual experience too.

Not only did Royal Caribbean patent the idea, they even filed a second patent for the interactive serving tray that has an integrated digital display. 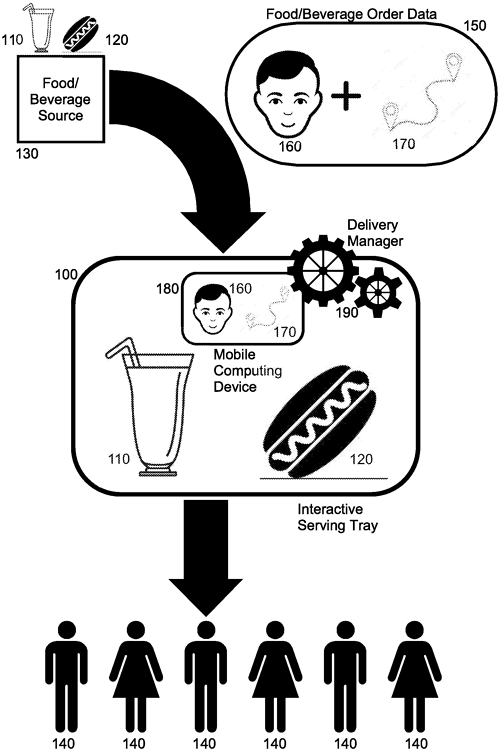 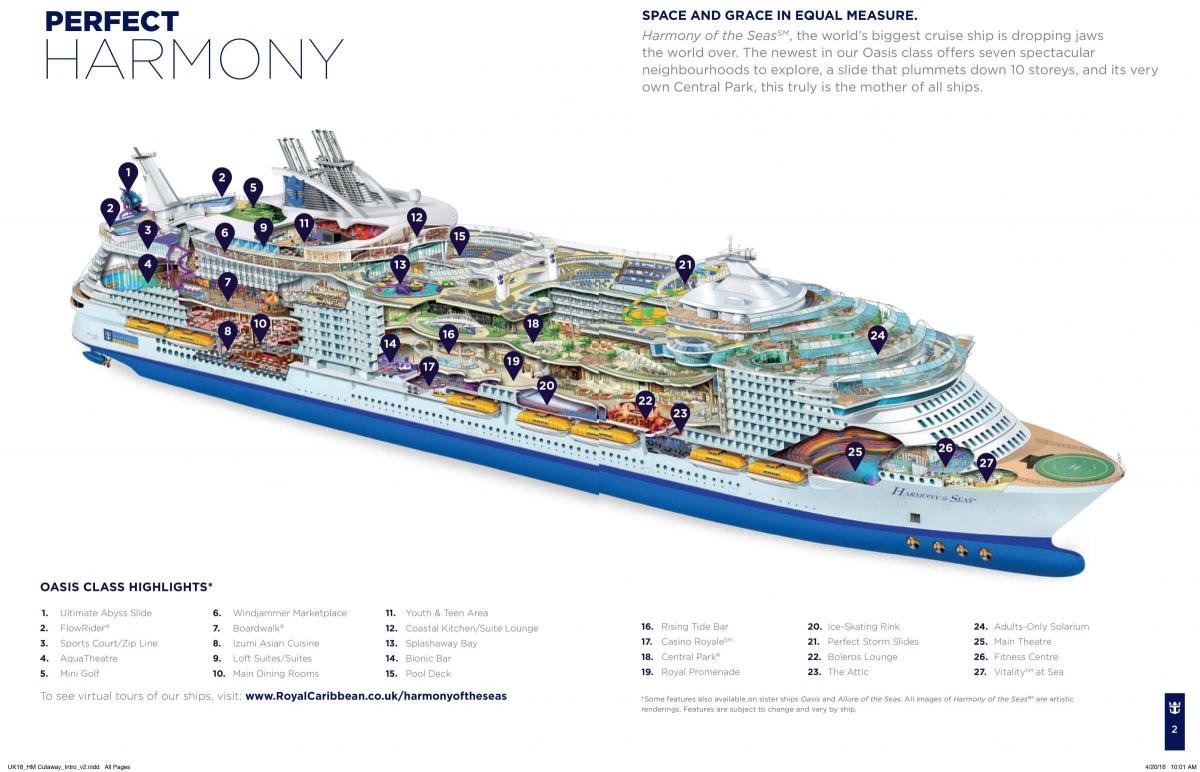 Until the holodeck from Star Trek becomes a reality, the next best thing might be augmented reality.

Royal Caribbean filed a patent for what sounds like a cruise ship tour that you can see around you using holographic animation.

The "Augmented reality tour guide" is described as:

In augmented reality self-guided tour, different augmented reality views are received in a mobile computing device. One of the views presents a holographic animation of a tourable three-dimensional structure with multiple activatable points of interest disposed thereon. A geographic location of the device relative to the structure is determined and a camera of the device retrieves an image of a surrounding portion of the environment so as to compute a position in the image at which to render the animation. The animation is then projected in the display at the computed position. Upon selecting an activatable point of interest, it is determined if the geographic location matches that of the selected point of interest. If so, a different animation associated with the selected point of interest is projected in the display at the computed position.

This is a self-guided tour of a three-dimensional cruise ship, with a holographic person speaking behind the ship. 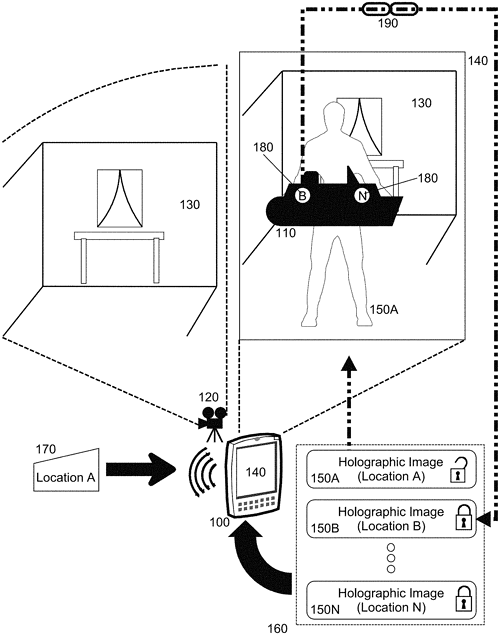 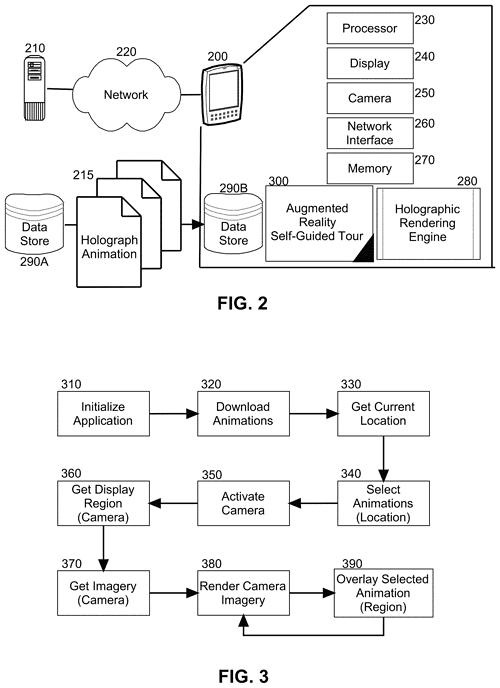 The patent sounds like you would be able to navigate parts of the ship to get an idea of where things are located and become acclimated with the cruise ship more easily. 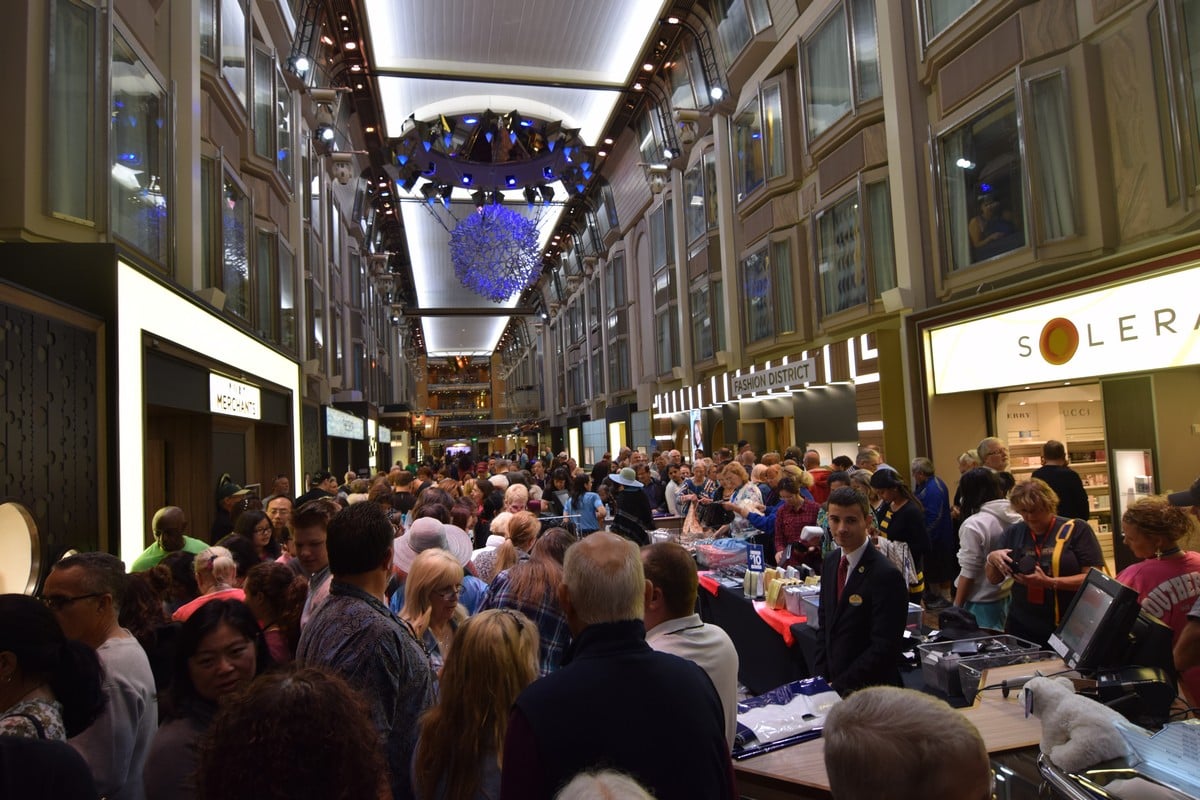 As cruise ships have gotten bigger and bigger, managing crowds to avoid a negative guest experience has been a major focus for Royal Caribbean.

To help detect where crowds are congregating (and perhaps offer swifter crew responses to help move things along), Royal Caribbean patented a multi-camera that can detect population density.

Cruise ships have always relied on security cameras to record what is happening, but what if cameras could be a front line tool for knowing where crowds will form before they get there? 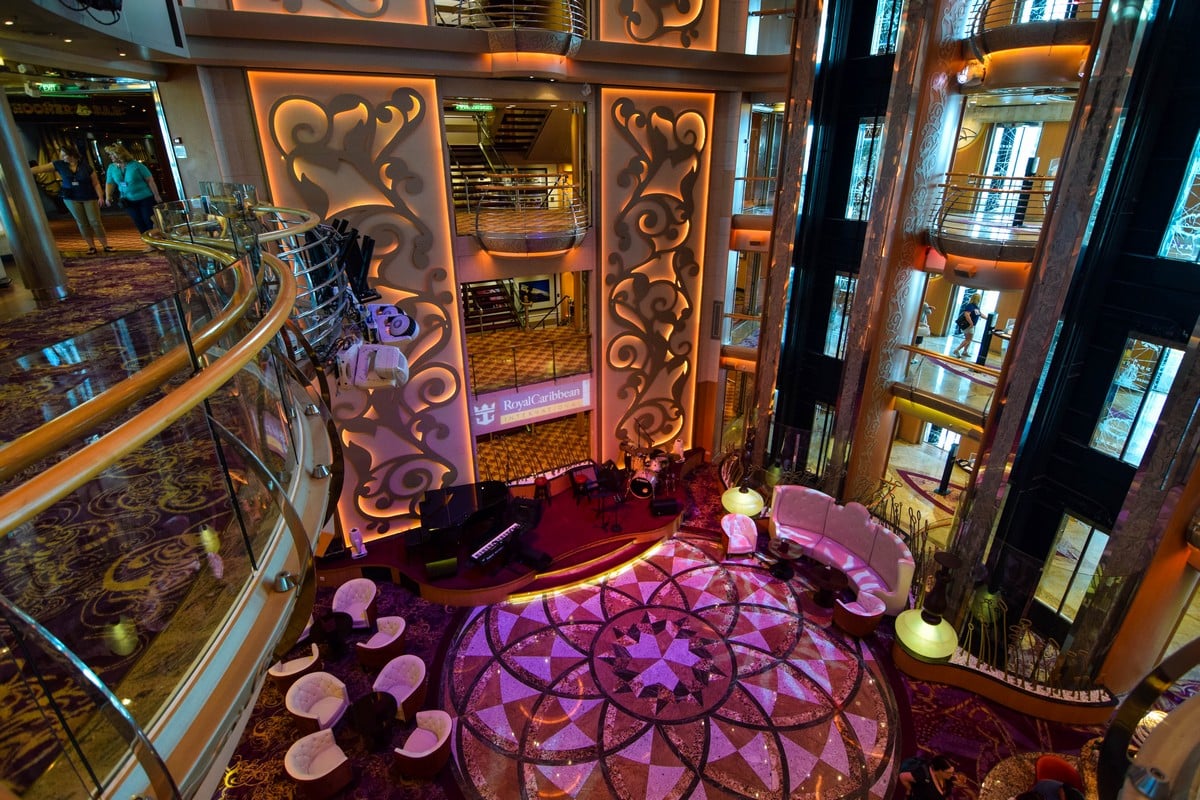 The invention relies on using automated surveillance, while leveraging deep learning to better determine how crowds form in compact areas.

The patent was filed in May 2019, and then updated again in November 2020, and summarized as follows:

Different cameras positioned  around a space are programmed to figure out all the different individuals in a given space, count how many people are there, and then using a neural network, predict population distribution in that area. 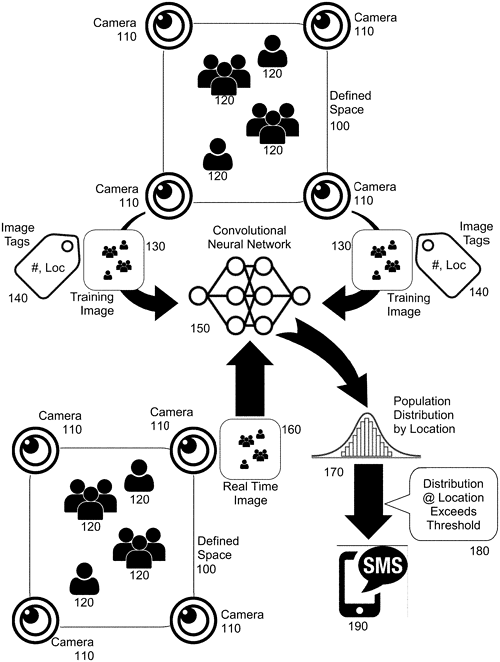 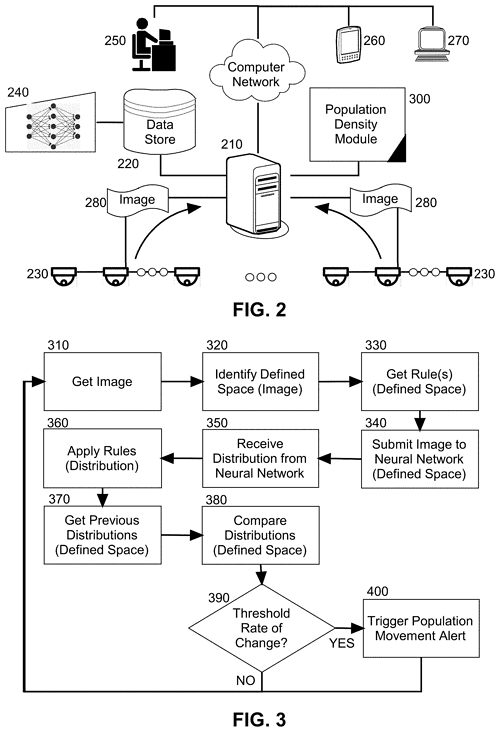 In the short term, the system could determine how empty or full an area is, and report back to the ship crew so they could be alerted of crowding issues.

The system can then give crew members a message of what to expect before it happens. 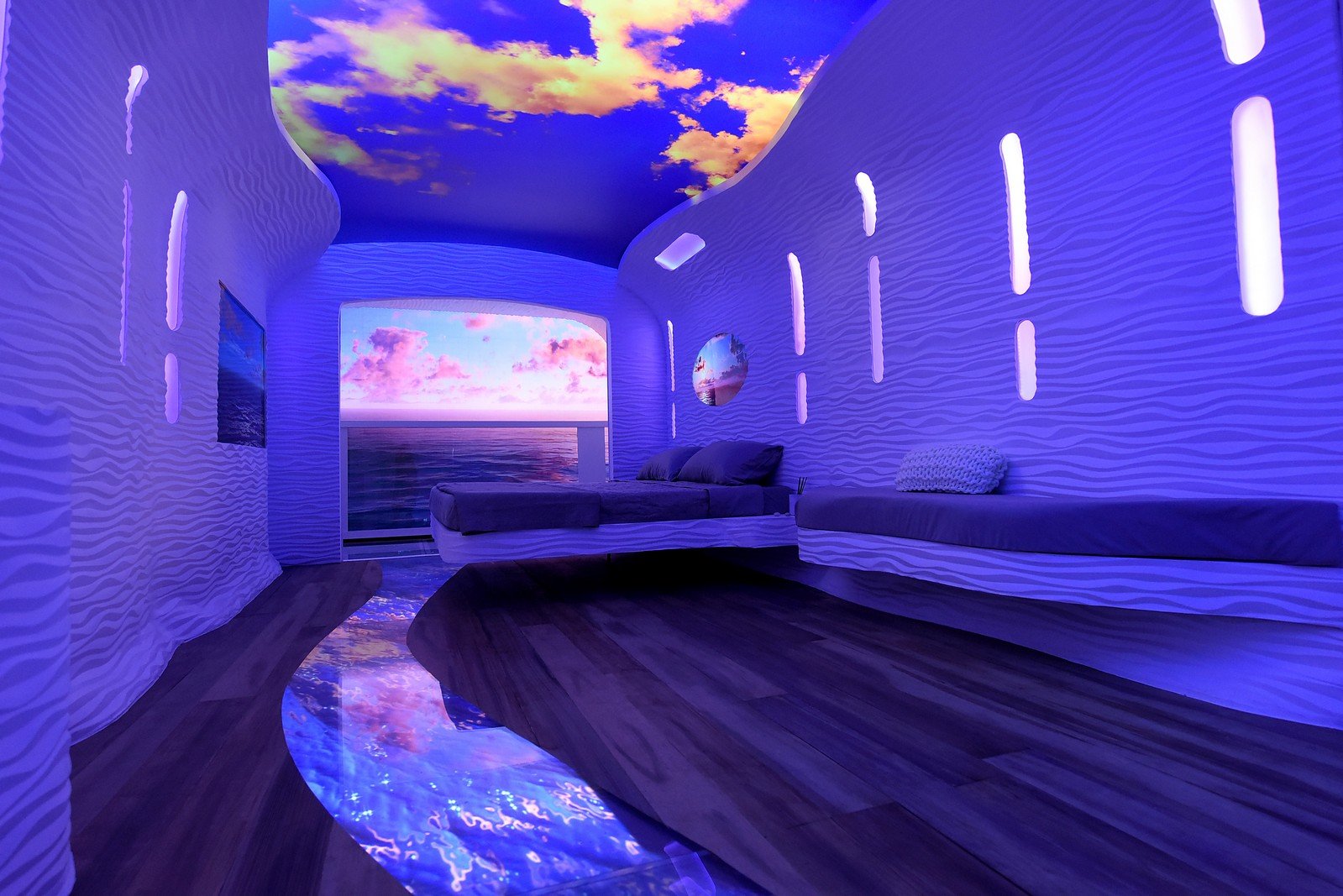 Royal Caribbean played around with the notion of the cruise ship stateroom of the future when it patented the augmented reality stateroom.

Another concept that was showcased at a media event in 2017, the basic concept was to take a traditional cruise ship cabin and use technology to enhance the look and feel of the space. 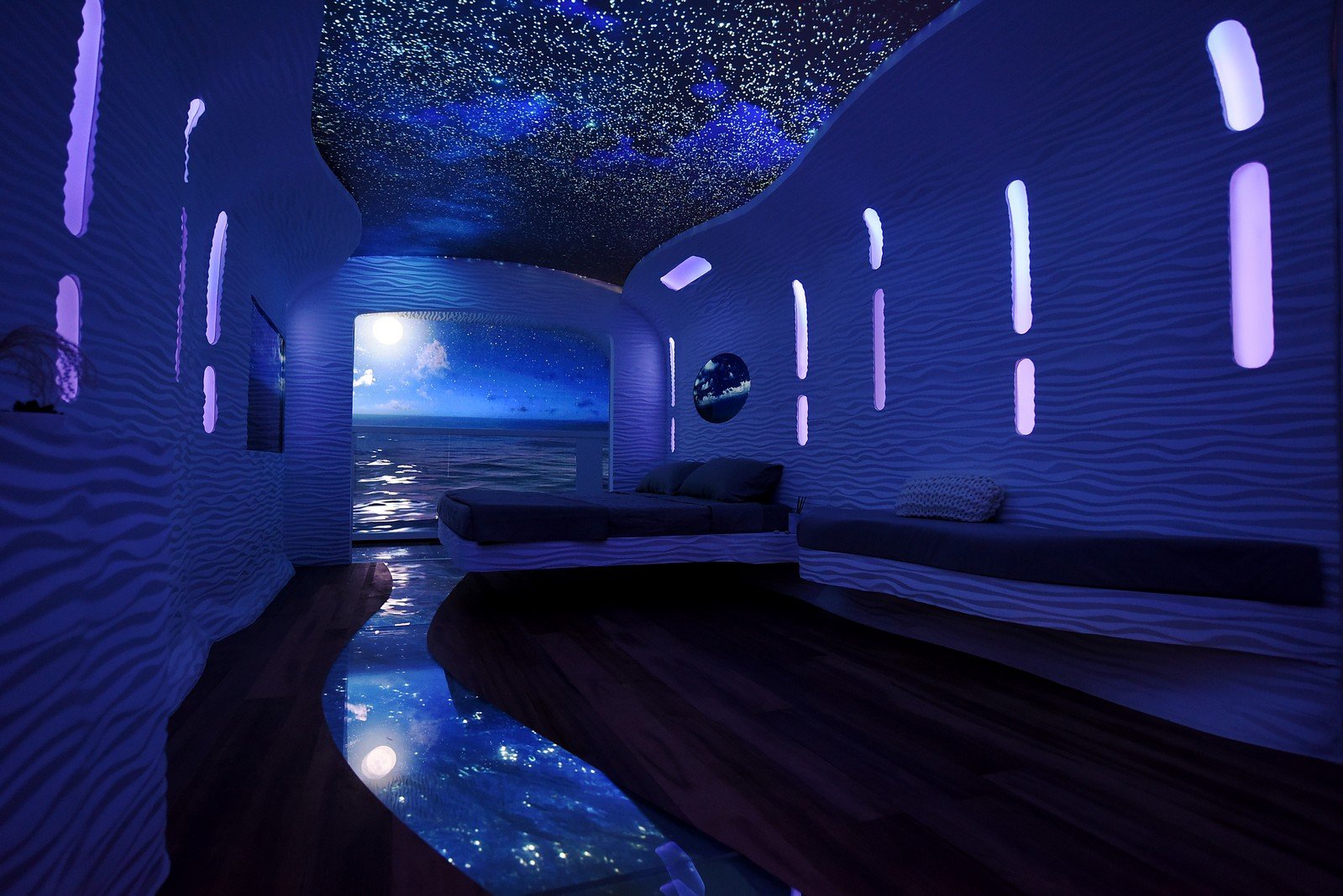 Digital displays embedded in the walls and floors would allow the room's look to be changed at any time, and could match a theme of what is happening outside. They even thought of taking live outside imagery and making that what you see on your walls or ceiling. 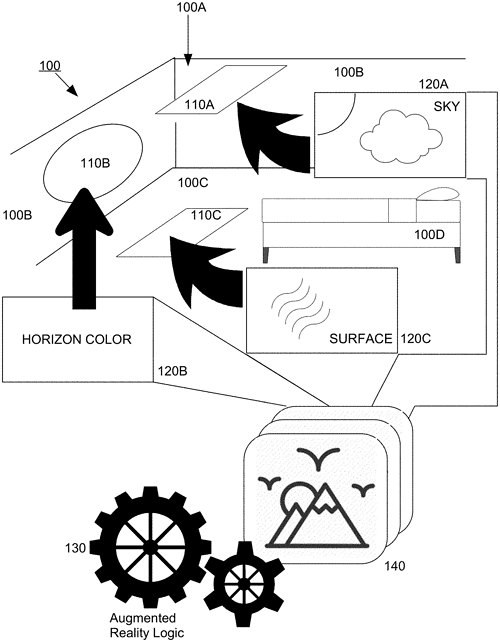 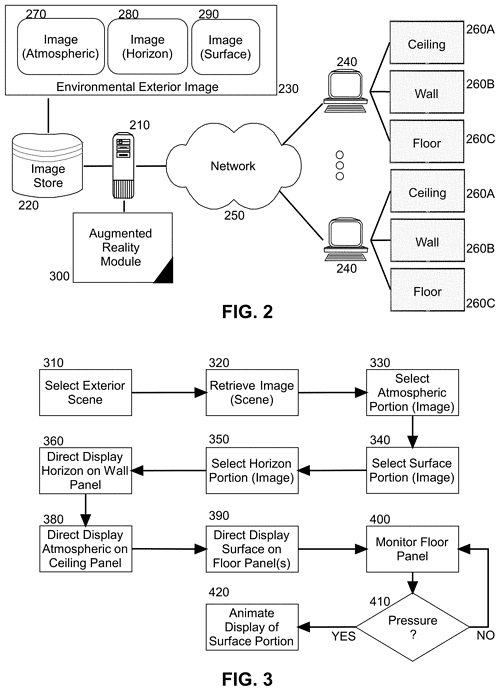 Imagine sailing through Alaska and seeing the amazing scenery without leaving your room. Or seeing the horizon and sea going past your ship on your wall.