In:
Bahamas Navigator of the Seas
By:
Matt Hochberg 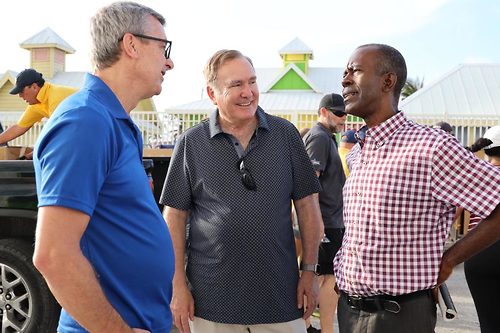 Richard Fain, Royal Caribbean Cruises, Chairman and CEO and Royal Caribbean International President and CEO Michael Bayley arrived in Freeport as Navigator of the Seas helped distribute thousands of meals and supplies to continue the food relief effort in Grand Bahama in the aftermath of Hurricane Dorian. 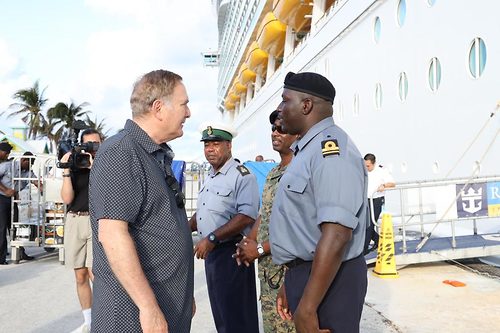 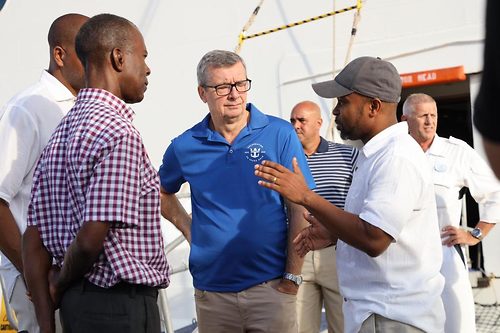 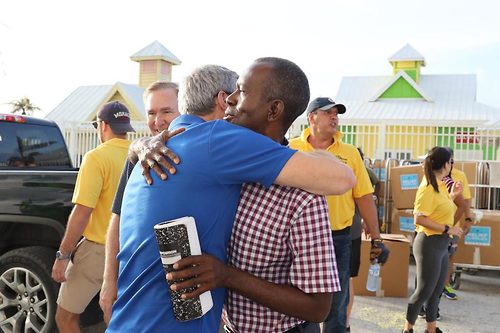 Volunteers from Royal Caribbean’s offices in South Florida joined the effort by boarding Navigator of the Seas this week to assist with hurricane relief. Known as “Go Team” the group is assisting unload relief supplies and evacuee efforts. 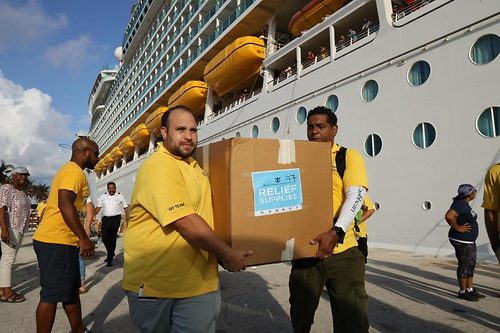 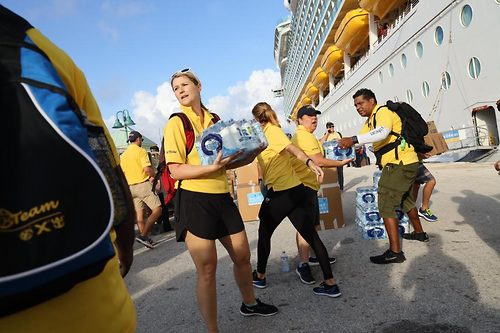 Royal Caribbean crew members unloaded relief supplies and meals for distribution at Grand Bahama as part of the company’s disaster relief operation to bring relief supplies and 20,000 daily meals to the impacted community. Meals include sandwiches, proteins with rice and fruits and snacks. Navigator of the Seas is one of many Royal Caribbean ships that will visit Freeport until they can equip a field kitchen to continue the work from there.

As part of its relief efforts in Grand Bahama, Royal Caribbean worked with Bahamian officials to transport evacuees from Freeport, Grand Bahama, to Nassau, Bahamas onboard its ships. 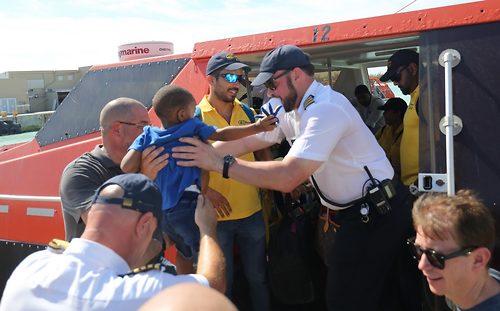 Bahamas now requires all cruise ship passengers who are 12 years old or older be fully vaccinated
It appears The Bahamas has passed a new emergency order that would prohibit cruise ships from visiting any port,…

Excursion Focus: British Colonial Hilton in Nassau, Bahamas
Odds are if you take a Royal Caribbean cruise to somewhere in the Caribbean, there is a good chance you will stop in…