In:
Royal Amplified Oasis of the Seas
By:
Matt Hochberg

Royal Caribbean announced today its big plans to enhance and upgrade Oasis of the Seas later this year.

The ten year anniversary of the iconic ship's launch will see a $165 million amplification that will add several new venues, including a few options new to the fleet. Oasis will become the first Oasis Class ship to be modernized as part of the Royal Amplified fleet modernization effort.

The amplified Oasis will set sail on Nov. 24, 2019, beginning 7-night Eastern and Western Caribbean itineraries from Royal Caribbean’s new, state-of-the-art Terminal A in Miami. Oasis then moves to the New York City area in May 2020 as the largest ship to sail from the New York area. Oasis will reposition to her new summer home at Cape Liberty in Bayonne, New Jersey, offering 7-night sailings to The Bahamas with visits to Royal Caribbean’s newly transformed private island destination, Perfect Day at CocoCay.

The 63-day modernization will include a number of new changes.  Here is a breakdown of what Royal Caribbean is adding or changing to the ship.

The pool deck will get a makeover with a new Caribbean-style pool deck that includes The Lime & Coconut. The signature bar was first added to Navigator of the Seas, and will offer plenty to do day or night with poolside cocktails, DJs and live music across two locations. The pools on Oasis of the Seas will deliver a larger variety of seating and shade, including comfy casitas, daybeds, hammocks and swing seats, new whirlpools on the top deck, and a refreshed Solarium for the adults.

Royal Caribbean will reimagine the Pool and Sports Zone when it adds the 10-story Ultimate Abyss slide, along with the trio of waterslides known as The Perfect Storm.

Kids will love to see Splashaway Bay come to the ship (including a Splash Pad for toddlers) that will feature three waterslides, water cannons, fountains, pools and the first-ever twin drench buckets.

Oasis of the Seas will expand its dining offerings with a few new options. 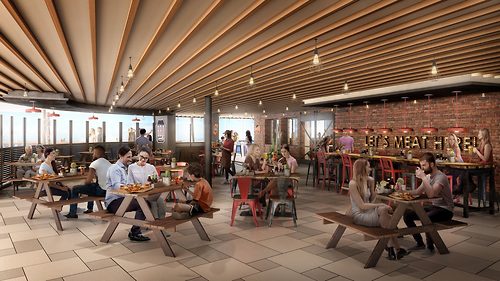 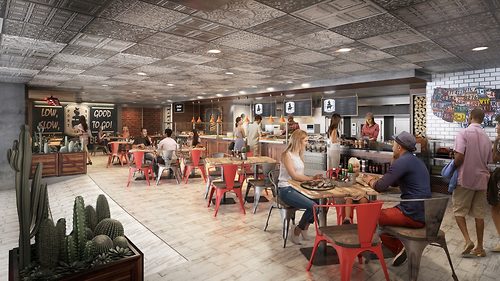 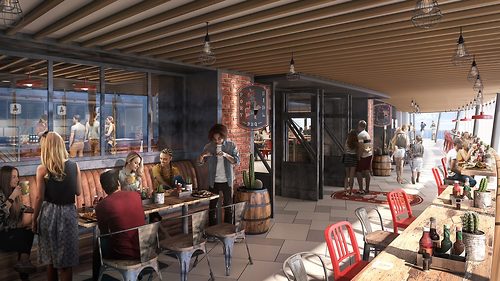 From smoked marbled brisket, pulled pork and chicken, to beef ribs and burnt ends, the casual eatery on the pool deck will tie it all together with classic sides – including mac and cheese, homestyle cornbread, baked beans and coleslaw – and down-home desserts such as the Banana Dream and a brownie cookie mashup. 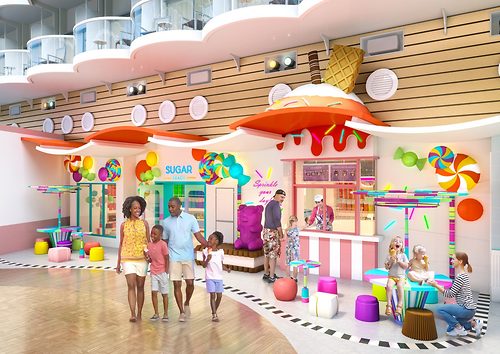 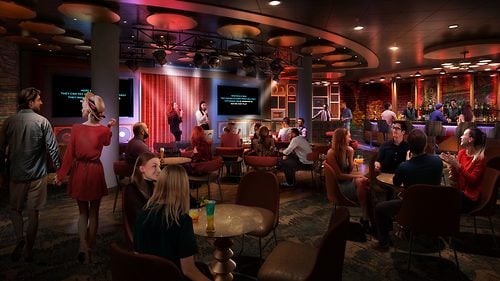 Coming to the Royal Promenade is a new venue, Spotlight Karaoke.  The venue will have a main stage, as well as two private rooms for guests to sing their favorite songs. 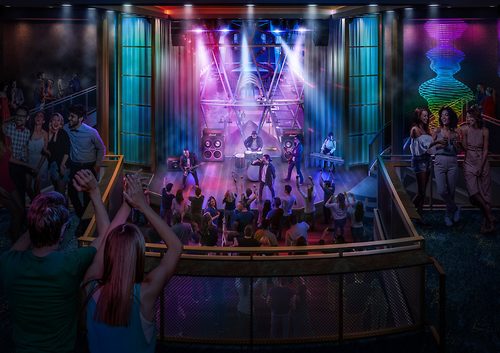 Oasis of the Seas will also have a Quantum Class favorite added to the ship, with Music Hall being added. Music Hall will include live cover bands, an expansive dance floor, pool tables and intimate loungers across two levels.

Bionic Bar will also be added to Oasis of the Seas, alongside existing fun spots such as Boleros, Schooner Bar, Blaze Nightclub & Comedy and English pub Atlas & Globe.

Royal Caribbean is reimagining its dedicated spaces for babies, teens and kids.  Each of these areas is being enhanced from top to bottom and amplified with technology to offer interactive, personalized and unexpected experiences.

Adventure Ocean will receive a total makeover, with newly designed areas organized by activity type and created to fully immerse kids and their families in the adventures they choose based on their interests.

Returning offerings include a nursery for the youngest of travelers, and a specialized area with programming for kids 3 to 5 years old. Teens will enjoy their private area that has exclusive features like a “hidden” entrance, gaming lounge, movies, music, and a new, laidback outdoor deck.

A new glow-in-the-dark laser tag game, Clash for the Crystal City, will be offered onboard that will pit two clans, the Yetis and
Snowshifters, to battle for claim of the crystal city and defeat impending extinction.

A new Royal Escape Room will be added, Mission Control: Apollo 18. The year is 1973 and travelers must come together to launch Apollo 18 to the moon by solving every mind-bending puzzle before time runs out.