Symphony of the Seas officially named at ceremony in Miami

In:
Symphony of the Seas Miami
By:
Matt Hochberg

Royal Caribbean's Symphony of the Seas was officially named by the first-ever Godfamily, actors Alexa & Carlos PenaVega, with Son Ocean, at a ceremony in PortMiami on Thursday. 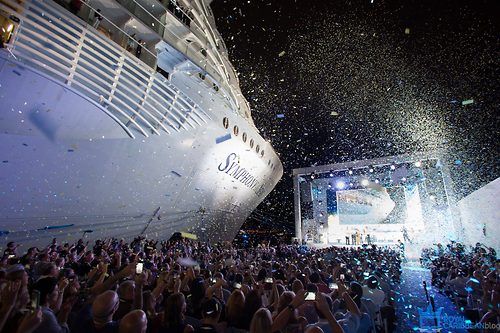 Symphony of the Seas becomes the 25th ship in Royal Caribbean's fleet as the PenaVega family were on hand to christen the ship and bestow a blessing of safekeeping over her crew and guests. 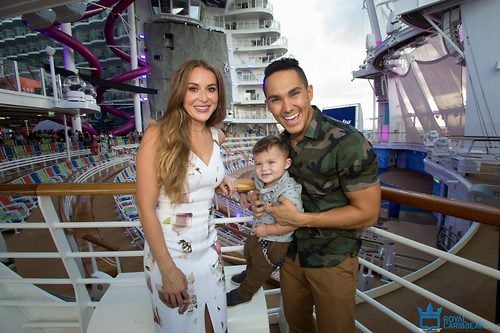 The naming ceremony was the largest in Royal Caribbean's history, with nearly 1,000 guests in attendance, which occured at Terminal A in PortMiami. 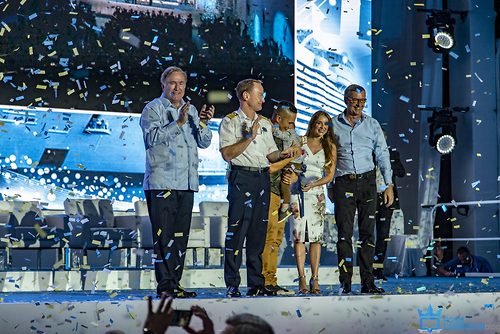 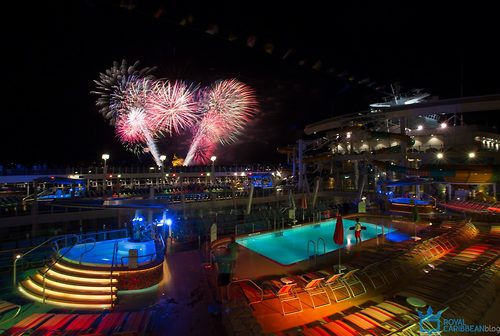 The customary event was infused with modern day elements – ranging from an electronic violinist who serenaded the crowd throughout the ceremony, to a stunning sail away performance by nearly 400 choreographed drones – and also incorporated a number of local Miami touches. Florida International University’s Marching Band kicked off the celebration, while students from Miami Southridge Senior High headlined the occasion on stage with a rousing drumline performance. Through Royal Caribbean’s partnership with the GRAMMY® Museum, Miami Southridge Senior High was one of 20 high schools within the Miami-Dade County Public School District that received a Royal Caribbean-funded grant through the GRAMMY Museum® Signature Schools program, which supports music education programs in underserved high schools.

Symphony of the Seas and Allure of the Seas will offer 7-night Eastern and Western Caribbean sailings from Terminal A in PortMiami. It is anticipated that Royal Caribbean will welcome at least 1.8 million guests at PortMiami, representing no less than 30 percent of the port’s projected traveler traffic.

Video: A sneak peek at designing Symphony of the Seas’ One-of-a-Kind Suite
Royal Caribbean is redefining the family vacation with the most adventurous and dynamic family suite in travel. Set to…