In:
Smart phone app Brilliance of the Seas
By:
Matt Hochberg

Royal Caribbean has quietly added Brilliance of the Seas as one of the ships in the fleet to be able to use the cruise line's new smart phone app.

While the app has not been updated, the list of supported ships in the app does now list Brilliance and we were able to pull up an upcoming Brilliance of the Seas sailing for use in the app. 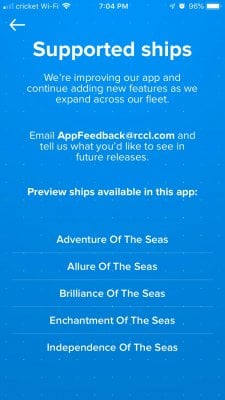 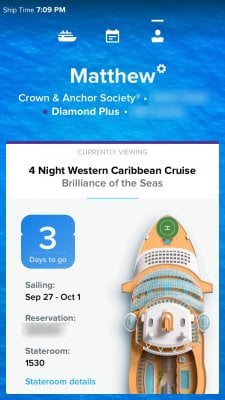 There are currently nine ships supported by the new smart phone app, with each ship offering varying feature sets.  These include: