Speaking at a hearing today on cruise safety by the U.S. Senate Committee on Commerce, Science and Transportation in Washington, Royal Caribbean CEO Adam Goldstein promised Royal Caribbean will voluntarily publish more data about crimes on their cruises. 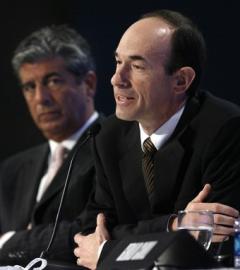 Royal Caribbean is one of three of the largest cruise ship operators appearing before the committee today after U.S. Senator Jay Rockefeller introduced legislation yesterday that would require disclosure of the crime data and make the Department of Transportation responsible for consumer protection on cruises.

“We are proud of this initiative and believe that it addresses many of the concerns raised with the limited public reporting required,” by current law, Goldstein said in prepared remarks.

Goldstein said Royal Caribbean will begin posting the expanded data for all of its cruise divisions starting August 1, 2013 and the information will date back to the fourth quarter of 2010.

Man arrested for rape aboard Royal Caribbean's Allure of the Seas

In:
News Allure of the Seas Crime

Police in Port Everglades, Florida arrested 20-year-old Luiz Scavone for lewd and lascivious battery of a 15-year-old girl on Royal Caribbean's Allure of the Seas.

Police reported that Scavone and a teenage boy sexually assaulted the 15-year-old girl during their cruise.  Royal Caribbean reported the incident to police and the suspects were arrested once the ship returned to Port Everglades.

Explorer of the Seas passenger arrested for possessing marijuana

In:
News Explorer of the Seas Crime

A Royal Caribbean passenger from Explorer of the Seas was arrested for possessing marijuana yesterday in Bermuda. Patrick Gallo, 27, of New York, pleaded guilty to charges of importing and possessing the drug. 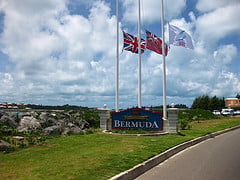 Authorities discovered the drug after security officers on the Explorer of the Seas were walking outside Gallo's cabin on Saturday when they smelt cannabis and decided to initiate a search. After searching the cabin, they found Gallo holding a partially burned hand-rolled cigarette. They also found a second partially smoked cigarette and another bag with plant like material.  A total of 2.5 grams of cannabis were found in his cabin.

According to police, Gallo admitted it was his drugs.  He was sentenced to pay a $1,500 fine.