Photos: Wonder of the Seas arrives at Perfect Day at CocoCay

The biggest cruise ship in the world made a pit stop today in The Bahamas. Wonder of the Seas is Royal Caribbean's fifth Oasis Class cruise ship and it visited the cruise line's private island of Perfect Day at CocoCay on Thursday.

Freedom of the Seas was already at the island for the day, leaving passengers with the first opportunity for the public to see this new ship up close. 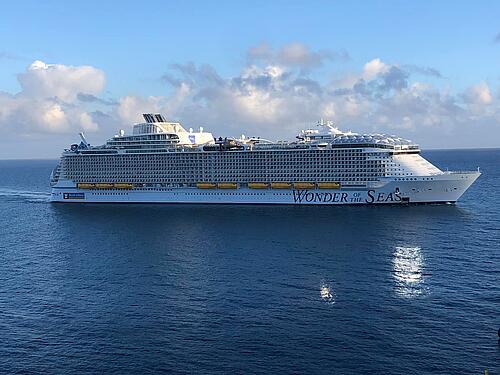 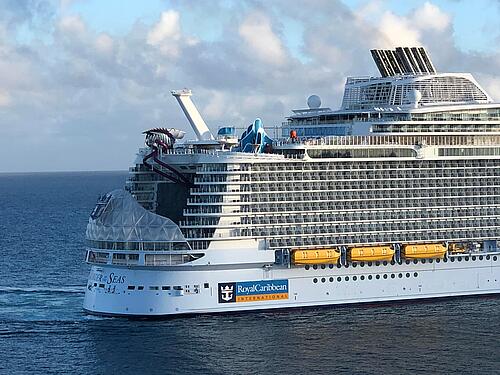 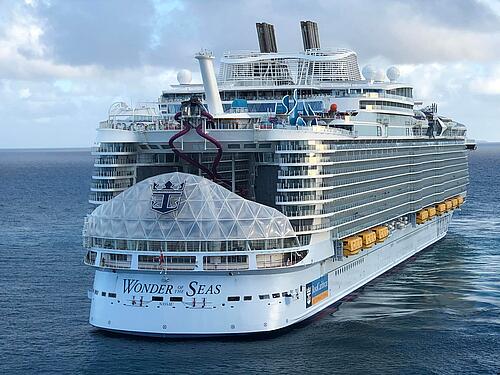 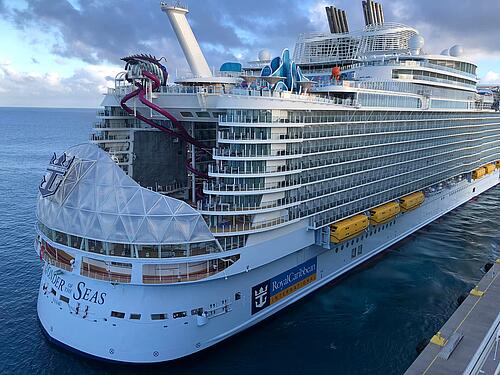 The 5,734-passenger Wonder of the Seas is wrapping up final preparations for her first sailing, which begins next week. 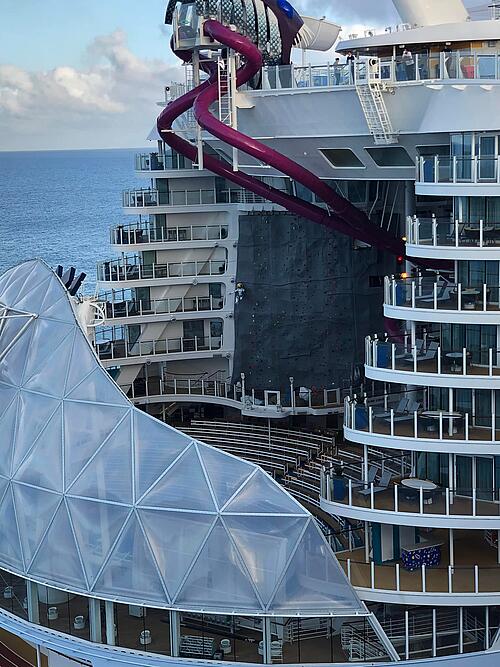 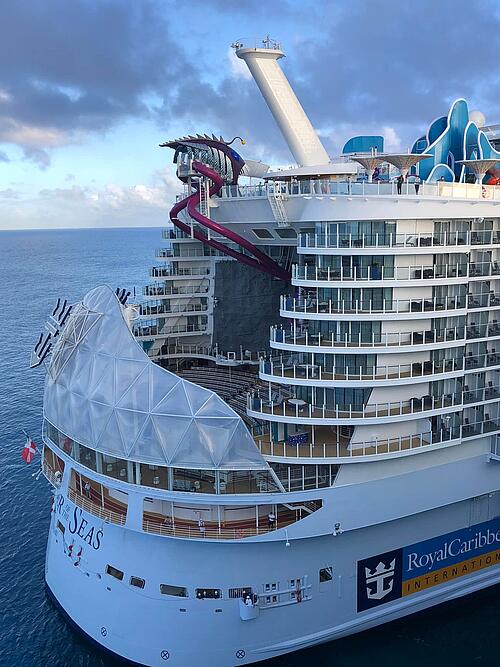 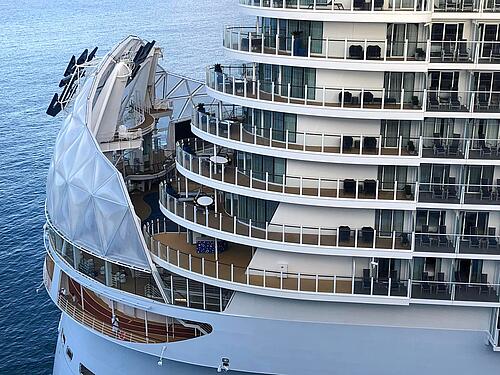 Wonder of the Seas will begin with 7-night Caribbean cruises from Fort Lauderdale in March and April before offering a transatlantic sailing to switch to Mediterranean cruises from Barcelona and Rome (Civitavecchia) beginning in May 2022.

The shop has 8 neighborhoods, as well as other new features such as the Wonder Playscape outdoor interactive play area, Mason Jar Southern-themed restaurant, and The Vue seaside bar. 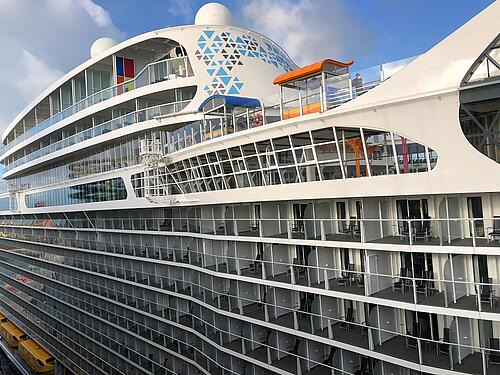 Like other Oasis Class ships, Wonder of the Seas will also feature favorites such as the Ultimate Abyss slide, FlowRider surfing simulator, and Central Park neighborhood.

Something else that separates Wonder from her Oasis Class sisters is the addition of the Suite Neighborhood, which has an expansive area for suite guests that includes an exclusive sun deck, plunge pool, bar, Coastal Kitchen restaurant and private lounge. 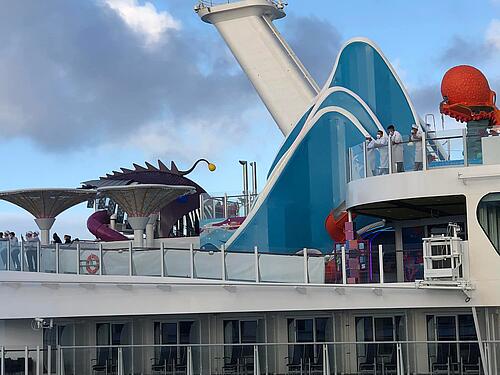 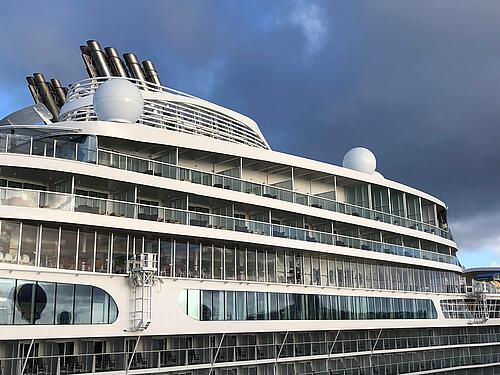 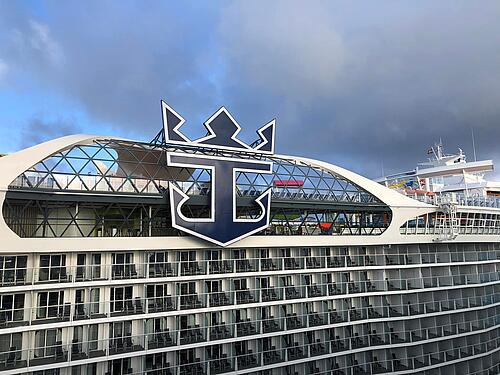 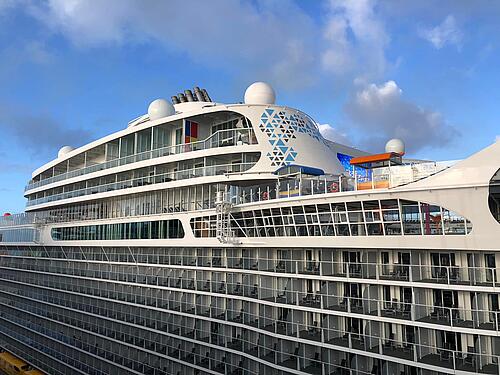 In case you're wondering, Wonder of the Seas is about 8,000 tons larger than Symphony of the Seas, which makes her slightly larger. 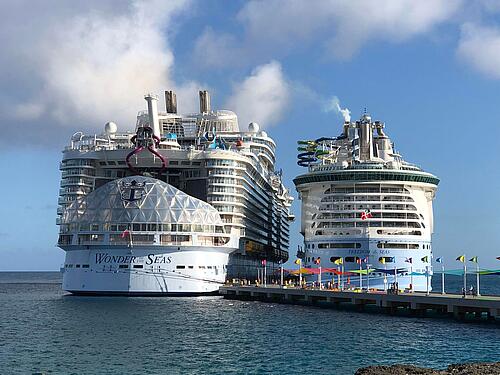 Live Wonder of the Seas coverage 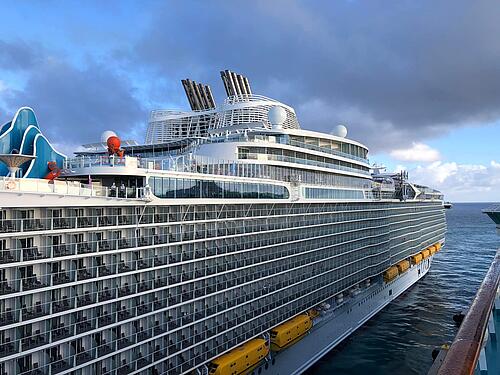 RoyalCaribbeanBlog will be be onboard the first sailing of Wonder of the Seas to provide you with a first look at what the largest cruise ship in the world has to offer.

The coverage begins on March 4 for an Eastern Caribbean sailing that visits Labadee, San Juan, Nassau, and Perfect Day at CocoCay.

Wonder of the Seas arrives in U.S. for her first sailings
The newest and biggest cruise ship in the world has arrived in the U.S. to begin offering cruises from her new home…