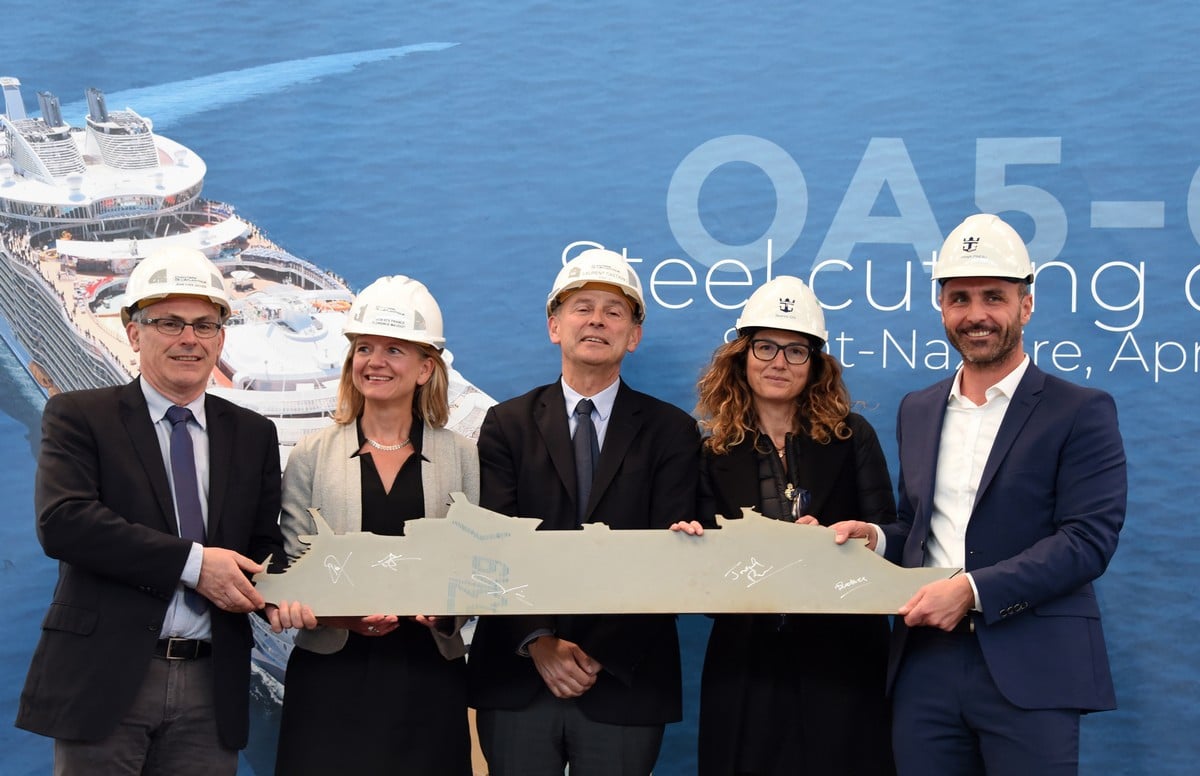 The steel cutting, marking the official start of construction, took place at the Chantiers de l’Atlantique shipyard in Saint-Nazaire, France.

Royal Caribbean says the fifth Oasis Class ship will "combine the iconic seven-neighborhood concept that her sister ships feature with a bold and unexpected lineup of thrilling experiences, imaginative dining, unparalleled entertainment and the latest technology."

The unnamed Oasis-class ship is scheduled to be delivered to Royal Caribbean in 2021. She will be delivered following Odyssey of the Seas, which will debut in 2020.