In:
Awards Mariner of the Seas Entertainment Suites
By:
Matt Hochberg 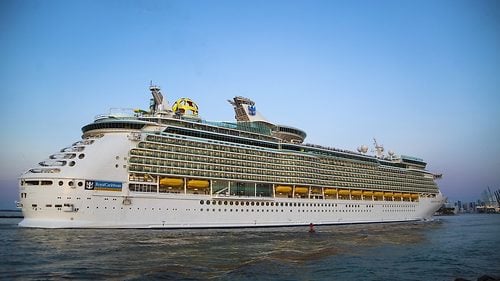 "Royal Caribbean continues to entertain with original Broadway-style productions, parades and now, laser tag. State-of-the-art technology, including drones, has enhanced new shows in the skating rink as well as with amusements like Sky Pad, a bungee-trampoline experience that also employs virtual reality. And as always, you can still surf, slide and fly (by zipline or skydive simulator) onboard many of Royal Caribbean's ships."

"Royal Caribbean invested $120 million into the refurbishment of Mariner of the Seas and the results are astounding. From the bright yellow globe at the top of the ship that houses the virtual reality trampoline experience Sky Pad to the addition of two restaurants, two bars, FlowRider surf simulators, the Perfect Storm water park and an escape room, Mariner's got plenty to keep you entertained."

"The lavishness of Royal Caribbean's top cabins as well as their inclusiveness and variety -- some ships offer up to a dozen suite categories -- can't be beat by any other mainstream cruise line. Just imagine, suites as deluxe as luxury penthouses. Royal Caribbean's got them. And this year, the line even introduced the Ultimate Family Suite, a visual marvel complete with a bedroom-to-living room slide."