With the support of Royal Caribbean, WWF-Australia will step up efforts to help combat the illegal trade of hawksbill turtles in Asia-Pacific - the number one threat to the critically endangered turtle. 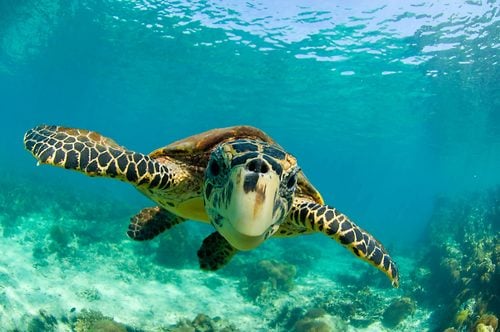 For the first time in the region, WWF-Australia will work with partners to test ground-breaking technology to extract DNA from tortoiseshell products, such as earrings, bracelets and other trinkets. The collaboration will develop a DNA database to help identify hawksbill populations most at risk from the illegal tortoiseshell trade by tracing hawksbills products from their point-of-sale to where they were poached.

“Despite international trade being banned over twenty years ago, poaching and the sale of hawksbill products still takes place in our region. It is unclear where poaching is most prevalent, but with the help of the turtle DNA test and database we’ll be able to map poaching hotspots and work with local governments in the Asia-Pacific region to combat these illegal activities,” said Christine Hof, Marine Species Project Manager, WWF-Australia.

Hawksbill turtles are one of the most beautiful and important species in the ocean, playing a vital role in maintaining the health of our oceans; from promoting coral growth through their appetite for algae, to supporting vital feeding grounds for reef communities.  However, over the last 100 years the hawksbill population has declined by more than 75% and it’s estimated there are only 4,800 breeding females remaining in the Pacific Ocean.

The hawksbill faces a unique threat as it is the only sea turtle species that is hunted for its shell, commonly known as “tortoiseshell”, which is made into souvenirs frequently sold to travelers while on holidays overseas.

“Hunted and traded for their shell, Hawksbill turtles are critically endangered. Ending this trade will take a coordinated effort. We are extremely passionate about this partnership with WWF-Australia, and need to act now to ensure these prehistoric sea creatures have a future,” said Susan Bonner, VP and Managing Director, Royal Caribbean Australia & NZ.

The partnership will also increase awareness of the issue amongst those travelling throughout Asia-Pacific. RCL and WWF-Australia intend to educate millions of supporters and travellers about this illegal trade by providing them with the information they need to identify illegal tortoiseshell products and avoid buying them, with the launch of an extensive consumer campaign. 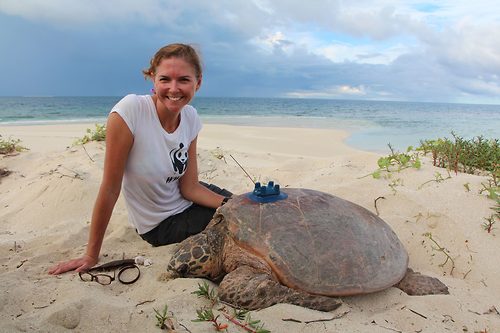 A hawksbill turtle adoption programme will be available to all Australians in 2019. Adoption of a hawksbill turtle via Royal Caribbean will support WWF-Australia’s essential conservation work – protecting the habitat, preserving their food sources and ensuring the safety of threatened species locally and globally.

RCL has a long history of innovation, and is committed to protecting the communities and environments in which it operates. From wastewater and waste management, to energy efficiency and sourcing practices, RCL is dedicated to continually improving operations, to minimise its’ environmental footprint and increase support for conservation.

In 2016, RCL and WWF embarked on a five-year global journey to help ensure the long-term health of the world’s oceans. The RCL and WWF-Australia local partnership to protect the hawksbill turtle will run in the Asia-Pacific region for the next three years.