In:
Liberty of the Seas Staterooms
By:
Matt Hochberg

If you are looking for a fun and very different kind of stateroom, there is one on Liberty of the Seas that is a coveted choice among veteran cruisers (especially those that like ice cream).

On Liberty of the Seas, there is a specific Promenade stateroom known as the Ben & Jerry "Sweet". 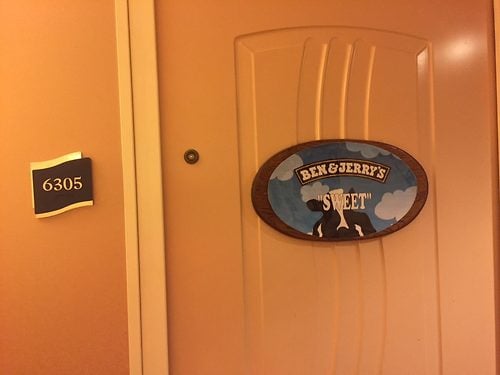 Stateroom 6305 is actually considered a suite by Royal Caribbean despite it being a Promenade room.  The reason is because this particular room is blocked by the signage for Ben & Jerry's ice cream directly below the room.

The stateroom sits directly above the Ben & Jerry's ice cream shop on the Royal Promenade and so, the room has a view of the two cows that are prominently displayed by the shop.  Thus, the view out the window is blocked.

Royal Caribbean decided to embrace the Ben & Jerry's motif by transforming this room into  the "Ben & Jerry Sweet". 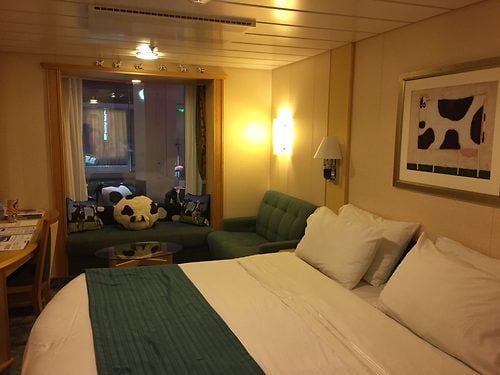 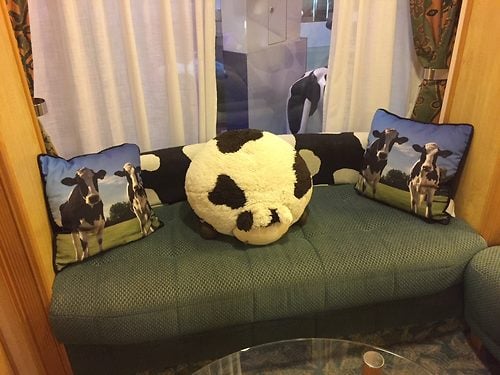 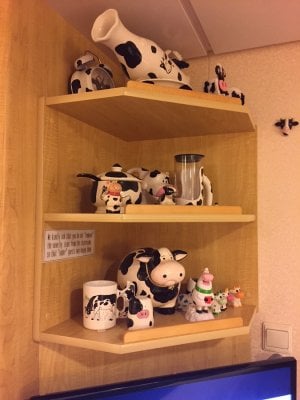 Throughout the entire room, there are cow sheets, pillows, pictures and other cow-related decorations.

Besides the cute design, the room also has its own list of special benefits, which make the room highly desirable. 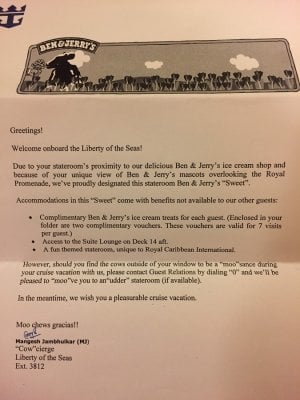 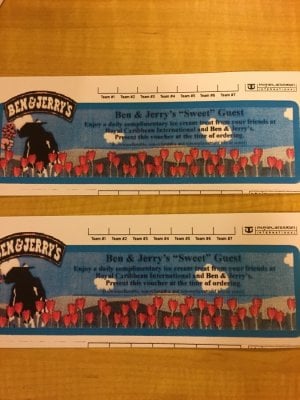 Guests staying in this particular cabin get:

Without a doubt, the complimentary ice cream and concierge lounge access make this room a great deal.  Usually, concierge access is limited to guests staying in a suite (or high up Crown and Anchor members).

Would you want to book this stateroom? Tell us in the comments!