Royal Caribbean's Anthem of the Seas was caught in a big winter storm over the weekend that reportedly had waves of over 30 feet and hurricane force winds.

Royal Caribbean spokeswoman Cynthia Martinez released a statement regarding Anthem of the Seas situation, "On Sunday, February 7, while sailing to Port Canaveral, Florida, Anthem of the Seas experienced extreme wind and sea conditions, with wind speeds higher than what was forecasted. In an abundance of caution, the Captain asked all guests to stay in their stateroom until the weather improved. "

"At this time there have not been any serious injuries reported. The ship has sustained some damage to the public areas and guest staterooms, which in no way affect the sea-worthiness of the ship." 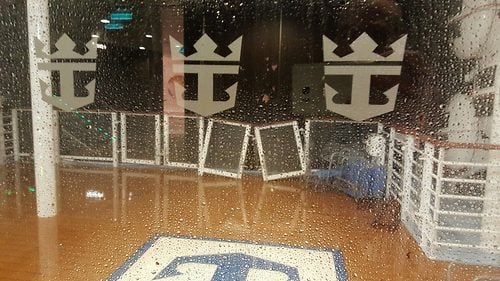 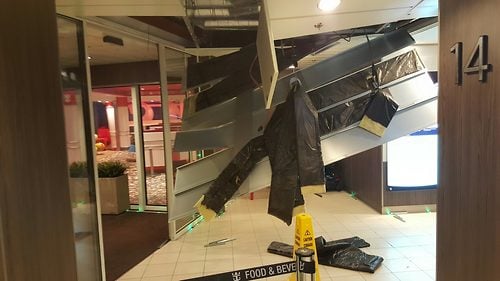 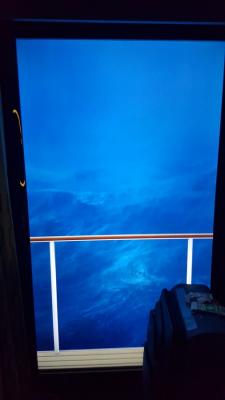 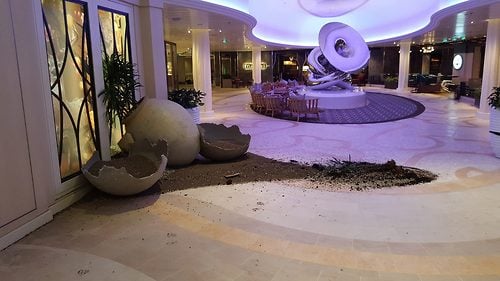 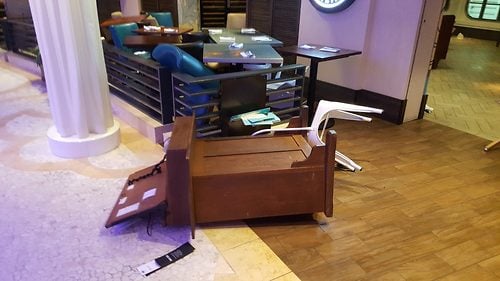 Photos sent to us by a Royal Caribbean Blog reader.

#AnthemoftheSeas sustained some damage to public areas & cabins, but ship remains seaworthy. Four injuries have been reported, none severe.

Reports on social media indicate passengers were instructed to remain in the stateroom during the worst of the storm, with complimentary in-room movies offered as well as access to the minibar.

Royal Caribbean also reports that due to the weather, Anthem of the Seas' arrival to Port Canaveral has been delayed.

The good news is the weather forecasted for the rest of Anthem of the Seas voyage past Port Canaveral appears to be much calmer.

UPDATE: Royal Caribbean is sending Anthem of the Seas back to Cape Liberty and offering passengers refunds.