In:
Ovation of the Seas Third Quantum-Class Ship

Royal Caribbean announced today that the third Quantum-class cruise ship will be named Ovation of the Seas. In addition to announcing the name, the first piece of steel was cut at the Meyer Werft shipyard in Papenburg, Germany.  This is the same shipyard where sister cruise ships Quantum of the Seas and Anthem of the Seas are being constructed.

Ovation of the Seas is scheduled to be delivered in the autumn of 2016.

Like its sister ships, Ovation of the Seas will feature Quantum-class ammenities such as Roboscreens in the unique Two70 entertainment venue; robotic bartenders in Bionic Bar; RipCord by iFLY, the first skydiving experience at sea; the North Star, an engineering marvel that transports guests more than 300 feet above the ocean; transformative venues, such as Sea-Plex, the largest indoor sports and entertainment complex at sea with bumper cars, roller skating and more; and the cruise line’s largest and most advanced staterooms ever, including the industry’s first-ever Virtual Balcony staterooms, which offers expansive, real-time views of the ocean and exciting destinations for interior staterooms. 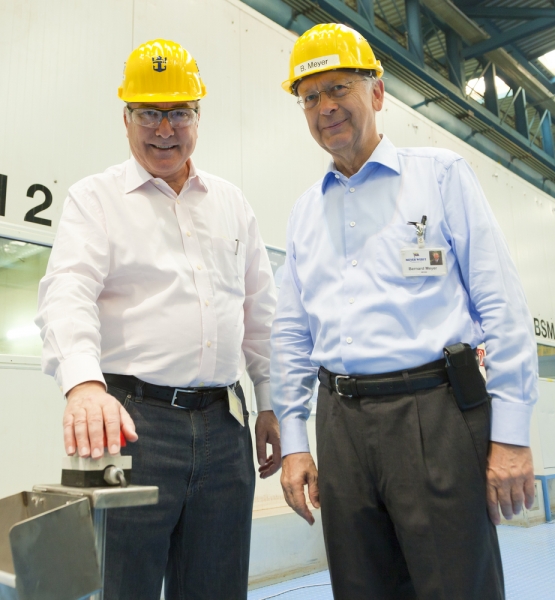 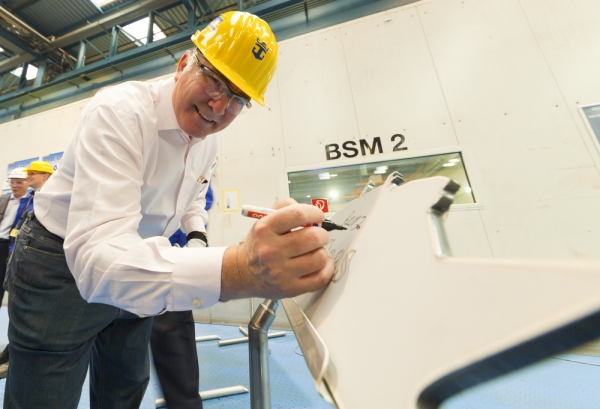 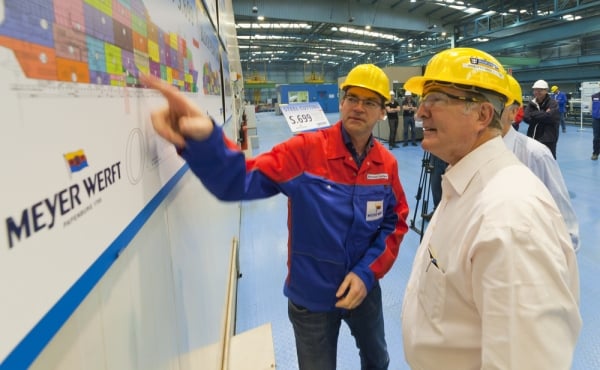 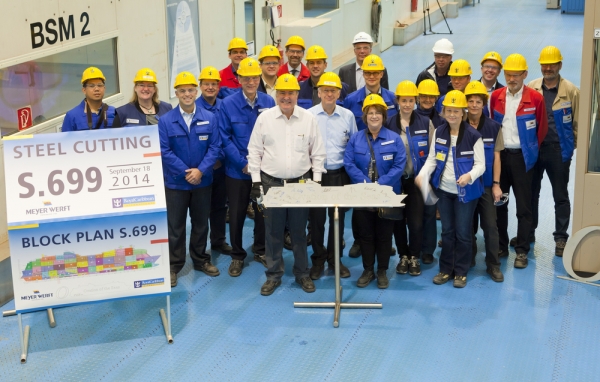