In:
Ovation of the Seas Australia Technology Press Release
By:
Matt Hochberg

Royal Caribbean's Ovation fo the Seas is helping test a new satellite tracking system that aims to be even more precise and accurate than any system before it.

Ovation of the Seas is testing the highly accurate positioning technology, as part of the trial of a Satellite-Based Augmentation System (SBAS) for the Australasian region. Standalone GPS positioning is giving you five to 10 metre level positioning, whereas SBAS allows for corrections at the 10 centimere level to the entire area. 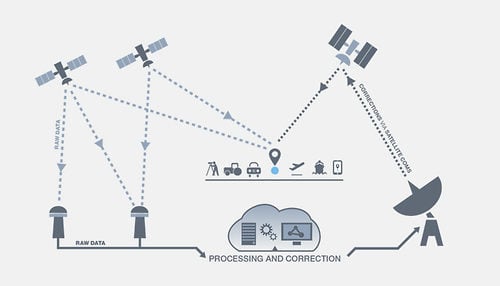 SBAS technology was used by Acoustic Imaging in consultation with the Port Authority of New South Wales to help dock Ovation of the Seas on its most recent visit to Sydney Harbour.

The Chief Operating Officer of Port Authority of New South Wales and Harbour Master, Philip Holliday said Ovation of the Seas is one of the biggest cruise ships to dock in Sydney Harbour during the cruise season.

"Sydney is extremely busy during the cruise season; we have enormous cruise ships coming in virtually every day and intermingled into all of that is ferry and recreation traffic. It's a busy working harbour," Mr Holliday said.

The lead scientist of Acoustic Imaging's maritime programs, Nicole Bergersen said the docking of Ovation of the Seas, which is over 330 metres long and too tall to sail beneath the Sydney Harbour Bridge, was a unique opportunity to test how the use of SBAS technology could potentially benefit the ports of Sydney Harbour.

"What SBAS is allowing us to do is have the pilot rely just on the information on the computer screen and if we can enable instrument navigation, then the pilot no longer needs visibility to be able to steer a ship.

"That's going to allow the Port Authority of New South Wales to bring in more ships, more frequently and in adverse conditions."

Royal Caribbean's Ovation of the Seas arrives in Syndey
The newest, largest and most tech-laden cruise ship to ever call Australia home arrived yesterday in her new homeport…