In:
Explorer of the Seas Norovirus 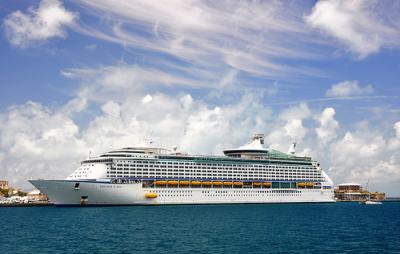 Royal Caribbean is taking these actions to minimize the problem.

​As stated, the next Explorer of the Seas sailing on January 31, 2014 will be delayed for cleaning.

Unfortunately this is the second Royal Caribbean ship this month to suffer the effects of a norovirus outbreak, with Majesty of the Seas having one last week.

Norovirus causes symptoms such as diarrhea, vomiting, and stomach pain.  It's spread from person to person, through contaminated food or water, and by touching contaminated surfaces.  It's important for every cruise passenger on every cruise ship to take steps to avoid getting norovirus.

Design Beauty: Main dining room on Royal Caribbean's Explorer of the Seas
Royal Caribbean's cruise ships are as beautiful to look as they are fun to cruise aboard, and the sheer beauty of these…