Today we are going to look at excursion ideas for one of the stops on our Navigator of the Seas 7-night cruise, Belize City. 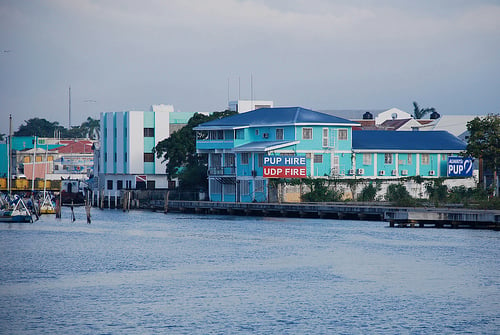 Belize City is one of three stops on our cruise itinerary and I knew very little about this port prior to researching it.

Part of the reason I was attracted to this cruise was the fact we were going to go to Belize and Roatan (Honduras) because they are ports I have never been to before.  The other reason I liked the idea of going to Belize is I'm a big fan of visiting Central American countries for their great food, beautiful beaches and great value for the dollar.

Quickly into my research across message boards and travel web sites I discovered a few key facts that gave me pause.  First, Belize City is a tender port, which isn't ideal but what struck me is many people reported that the tender ride from ship to shore (and vice versa) is roughly 20 minutes.  That's a long tender ride.

This long tender ride evidently leads to long lines trying to leave the ship in the morning or return to the ship in the afternoon.  The lines are such a problem that others have suggested you need to book a Royal Caribbean excursion because those people get priority to leave first.

The other issue with Belize City is the port itself, which outside of the port gates is described by many as being less than welcoming.  I've read the area looks rather run down and many that ventured out felt out of place very quickly. As someone that enjoys exploring the ports of call I visit, it was another concern.

After careful research I came up with these four excursion ideas.

Royal Caribbean offers an excursion called the "Private Island Beach Break" that is your basic beach excursion to this very small island.  My research revealed this to be Bannister Island and is a basic, no frills beach getaway.  Water, sand and optional food and beverage are there and not much else. 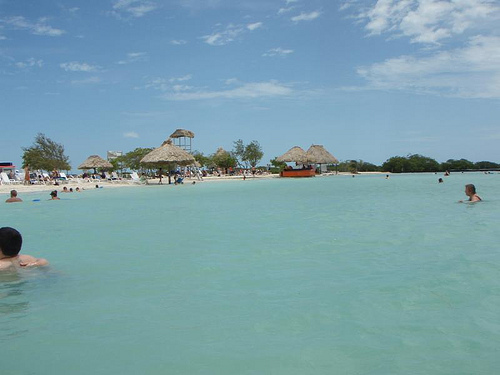 Reviews I found ranged from good/very good to mediocre/overrated.  I also read the sand is the kind of sand that has a lot of crushed sea shells so not exactly softest in the world.  The other big problem is the cost, at $128 for the three of us and that does not include any food or drinks.

The benefit of this excursion is the excursion departs directly from the ship, so I'd get priority disembarkation and I wouldn't even have to go to the port area.  A back and forth trip that appears to be seamless with nearly everyone reporting how easy it was to get to and from the island.  The other good thing is it's about 4 hours long, so we ought to be able to get back to Navigator of the Seas in time for lunch and a nap.

Pros: Conveniece getting on/off the ship; Ship-sponsored excursion; Not a big time commitment

Cons: Expensive; Beach reviews are less than glowing; Not really seeing Belize City at all

The first excursion outside of what Royal Caribbean offered that sounded interesting is Goff's Caye, a small island off the shore of Belize City. Like Bannister island, it's tiny but offers the sort of beach experience I'm looking for. 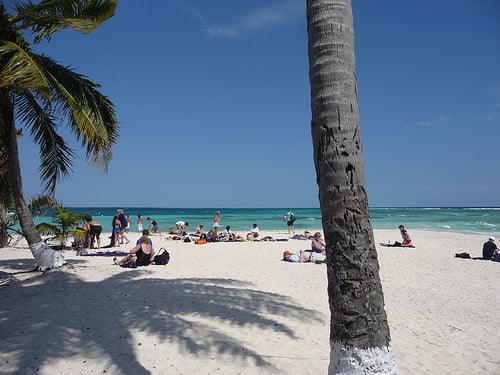 The downside seems to be I have to first get to Belize City and deal with the mess that is disembarking Navigator of the Seas. Some reports you read of people who tried to go on their own in Belize results in crazy lines and late arrivals.  And while I know there's always going to people with negative experiences, there's enough of these long line reports to concern me.

Cons: Getting to excursion pick up on time will be a challenge

Find a local in port

My tried and true strategy for most ports I visit is to wander into town, past the kitchy cruise stuff and find a local to drive us around.  It's often a good value and I feel like actually get a sense of the city I'm visiting.  I like to try the local food and go places most tourists don't.

Lots of what I read online points to a port city that looks run down with a lot of pushy locals who make the toursits feel uneasy.  Not to mention many people recommend to have something planned before getting into Belize to avoid all this.

I've searched online for drivers others have found, which has been a strategy that has served me well in other ports, but with no luck.  Regardless, you never know what your experience will be like and what one person finds "scary", I might find the kind of authentic experience I savor.

Given that this is my first time in Belize City, I really want to be able to say I got a sense of what the port was beyond a beach and what I could see from my ship that is 20 miles out to sea.

Cons: Reviews of port area are concerning; Not many attractions/restaurants/things to do near port area

Stay on the ship

Of course, there's always the option to not bother going to Belize City and enjoying having Navigator of the Seas to myself. 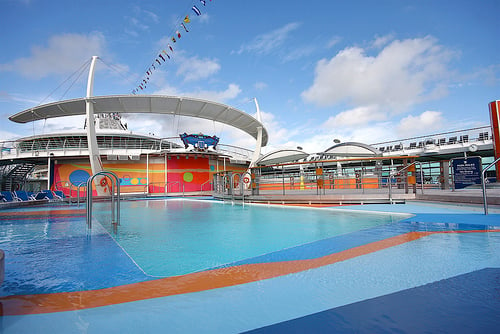 Staying onboard in a port is cool from the standpoint of many venues are emptier than usual and this means a good chance to enjoy the pool, restaurants and other areas.  Staying onboard will also mean a longer and more controlled nap time for my daughter.

I'll be honest, staying onboard considering this is my first time in Belize City will eat at me.  I relish exploring the ports I visit and having never been and staying onboard would be like someone baking a cake and leaving it in front of a cake lover who tries not to eat it.  Torture!

The other reason not to stay onboard is the cruise has 3 sea days so getting off the ship will be preferred.

Pros: Cheapest option; Zero hassle of trying to get off the ship; Pool time without crowds; Rested daughter = happy dad

After considering our options, we ended up choosing.... Goff's Caye.

The reason basically came down to ultimately it was what we wanted to do that would be relatively simple but something we thought would be fun.

Bannister Island seemed like too much of a compromise in terms of how we'd be spending the day and the other options were just too "out there" for us.

The biggest concern about Goff's Caye is getting there on time, so we are planning on waking up early and ordering room service breakfast the night before to minimize the time spent getting ready to go.

When should you buy Royal Caribbean drink package, wifi, tours & other add-ons
Everyone wants to save money, so when is the best time to buy popular add-ons for your Royal Caribbean cruise…

The Ultimate Cruise Packing List
Fresh off a 7 day cruise, with a few pre-cruise vacation days, I still have packing lists top of mind. Overall, I did a…

How to plan your cruise vacation for when Royal Caribbean resumes sailing
While there are no Royal Caribbean cruises to go on currently, the day when they will sail again is coming, and now is…