A few weeks after registering a number of names for a cruise ship, Royal Caribbean has sent a survey to its most loyal passengers asking for their input on which one to choose for the next Oasis Class ship.

While Royal Caribbean's fifth Oasis Class ship, Wonder of the Seas, is just a few months away from launching, the cruise line is looking to move forward with its sixth and final Oasis Class ship.

In mid-December, Royal Caribbean registered 24 different trademarks for names of a possible cruise ship with the United States Patent and Trademark Office.

Earlier today, Pinnacle Club members in Royal Caribbean's Crown and Anchor Society received an email asking them for opinions on the names. 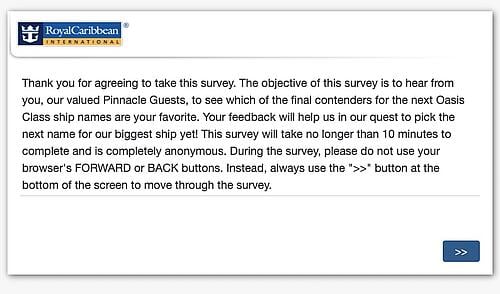 "The objective of this survey is to hear from you, our valued Pinnacle Guests, to see which of the final contenders for the next Oasis Class ship names are your favorite," the email stated.

The survey first asked to rank the names from least to most appealing. 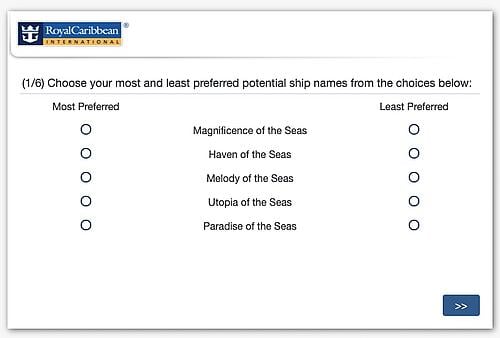 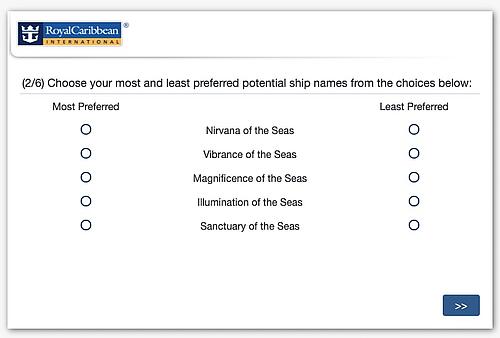 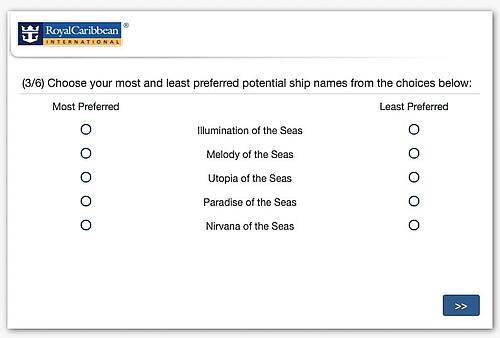 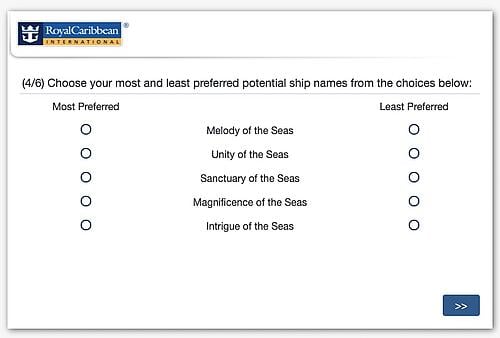 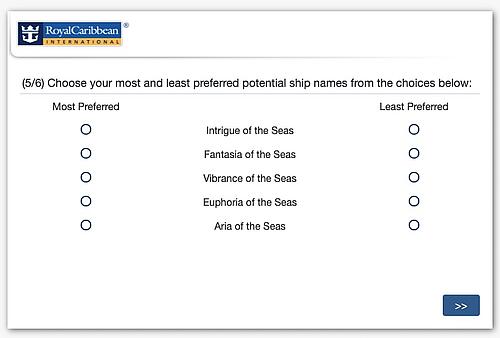 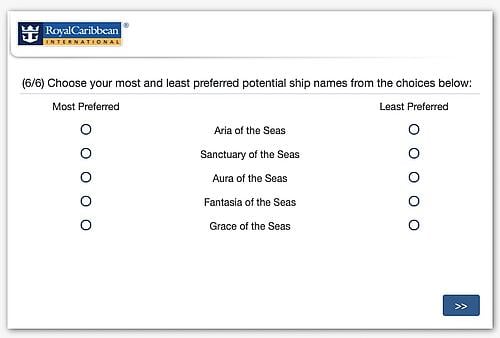 It then asked to rate the appeal of each name, followed by choosing a favorite. 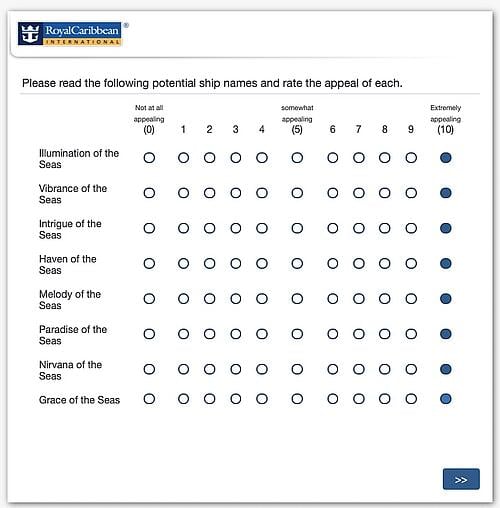 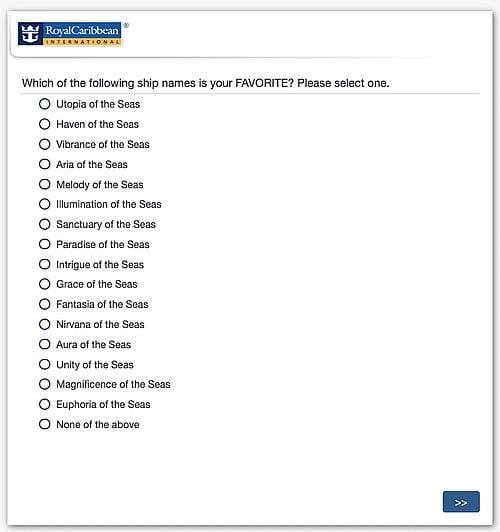 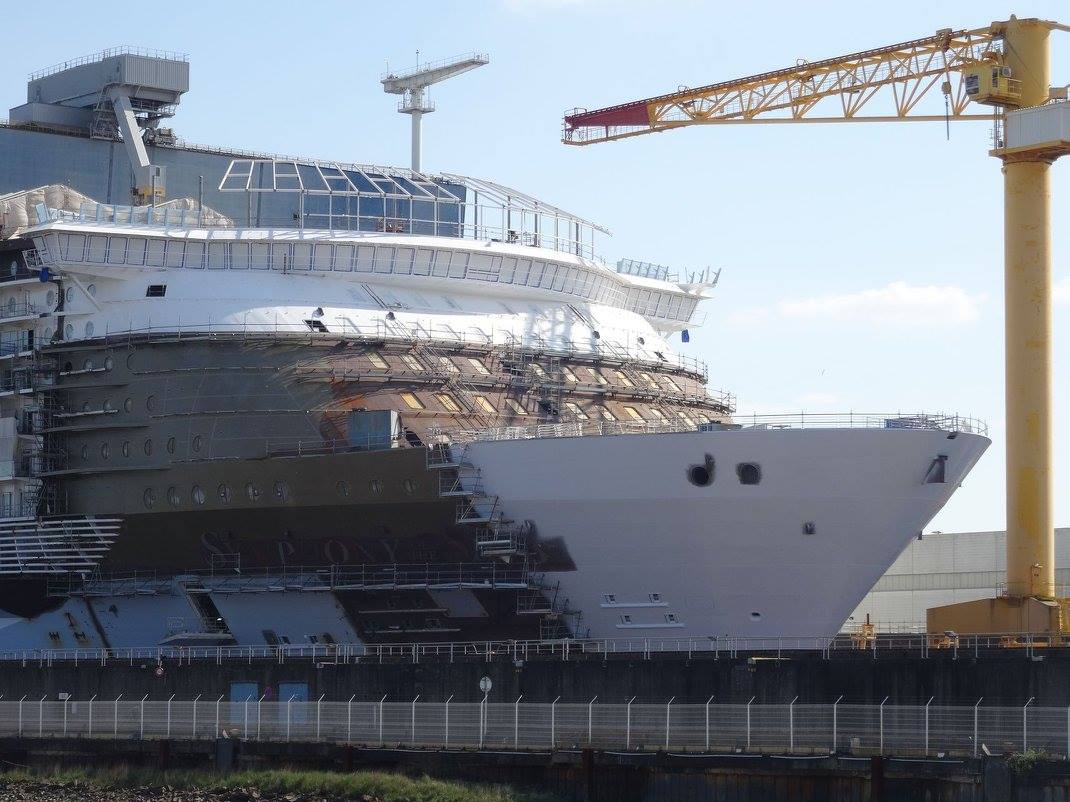 The sixth Oasis-class ship is expected to be delivered in the second quarter of 2024. It is currently under construction at Chantiers de l'Atlantique in France.

Prior to that ship, Icon of the Seas will be delivered in the 3rd quarter of 2023.

Royal Caribbean announced today it has entered into an agreement with French shipbuilder Chantiers de l'Atlantique to order a sixth Oasis-class ship for delivery in the fall of 2023. This order is contingent upon financing, which is expected to be completed in the second or third quarter of this year.

"This is the twenty-third cruise ship that RCL will be building at our shipyard, and we are especially proud of it," said Laurent Castaing, General Manager, Chantiers de l'Atlantique. "The order reflects the confidence our customer puts on us, based on the exceptional quality of our long-term co-operation between the two companies and on our capacity to bring innovative solutions to meet our customer's expectations."

The cruise line's fifth Oasis-Class ship is due for delivery in the spring of 2021.