In:
Crew Members
By:
Allie Hubers

Have you ever wondered what it’s like for crew members when they join a Royal Caribbean cruise ship? Royal Caribbean employs thousands of crew members to operate each cruise ship. With any given cruise, you undoubtedly interact with tons of crew members from all over the world. Without passionate, hard-working crew members, it would be impossible for us to enjoy the cruise vacations that we all love and look forward to. Read on to enjoy an in-depth look at what happens when a new crew member joins a Royal Caribbean cruise ship.

Symphony of the Seas crew member, Chris Wong, shares about his experience as a crew member on his YouTube channel

Chris Wong works onboard Royal Caribbean’s Symphony of the Seas, one of the biggest cruise ships in the world. 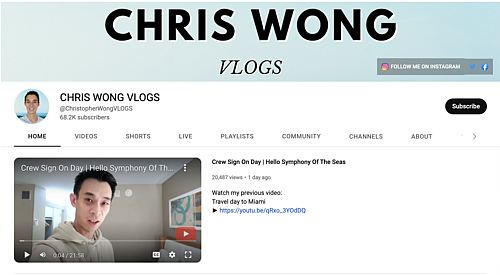 When he’s not working in the casino onboard Symphony of the Seas, Chris Wong films vlogs for his YouTube channel, Chris Wong Vlogs.

With almost 70k subscribers on his channel, Chris provides viewers with a unique perspective of life onboard for Royal Caribbean’s crew members. 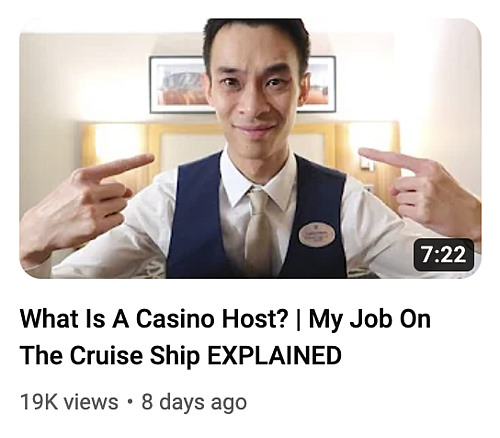 Just recently, Chris Wong started his 8th contract with Royal Caribbean on Symphony of the Seas.

Chris chronicles his journey to onboarding Symphony of the Seas, starting in his Miami hotel room

Chris explains to viewers that crew members spend one night in a hotel before sign-on day after traveling from their home country. During Chris' vlog, he is staying at a Holiday Inn Express in Miami.

Royal Caribbean’s crew members are each given their own room at a hotel located near the cruise ship’s embarkation port. 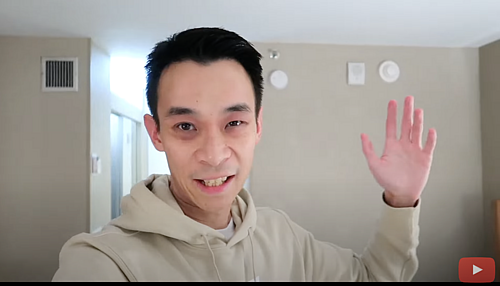 From the sounds of it, crew members aren’t entirely sure if they will be sharing their hotel room until they arrive. Interestingly, when new crew members join a cruise ship, they also do not know if they have a single or double cabin onboard for their contract's living arrangements.

Of course, most crew members hope to receive a single cabin for their contracts, but aren’t surprised if they need to share their cabin, as is standard for most crew living quarters. 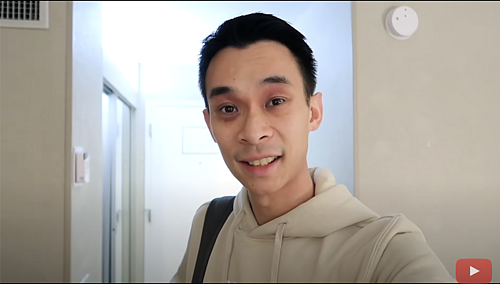 From the hotel, 130 crew members are shuttled to the cruise port to begin the sign-on process. 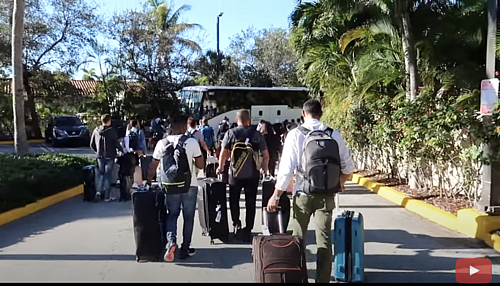 Similar to any job, Royal Caribbean requires crew members to have all of their documentation checked before boarding the ship for new contracts. 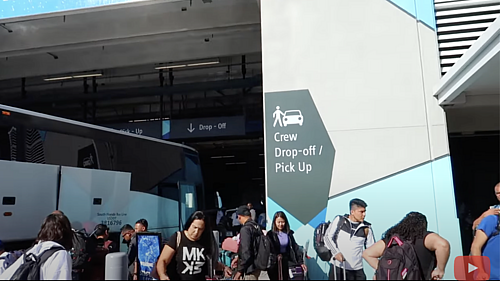 Crew members first check their luggage before having their medical forms checked, along with required training certifications. One by one, Symphony of the Sea’s medical team verifies that each crew member’s medical documentation is up to date.

This process can take a while depending on how many medical team members are verifying documentation; for Chris' sign-on day, just two nurses were looking through crew members' paperwork. 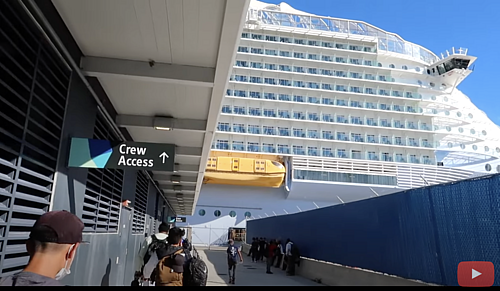 As of January 2023, crew members are still required to take a COVID-19 self antigen test at the cruise terminal before boarding the cruise ship. The vlog does not specify what would happen if a crew member were to test positive at this point. 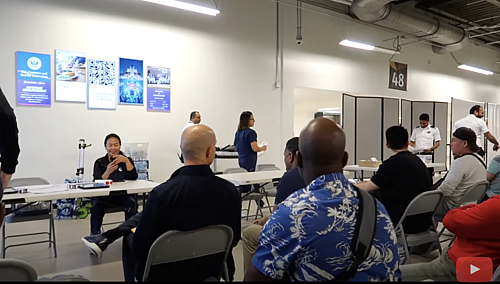 Interestingly, masks are still required for new crew members that join a cruise ship. Chris explains that he will be in ‘soft-quarantine’ for his first 5 days once he boards Symphony of the Seas, which means he needs to wear a mask at all times. 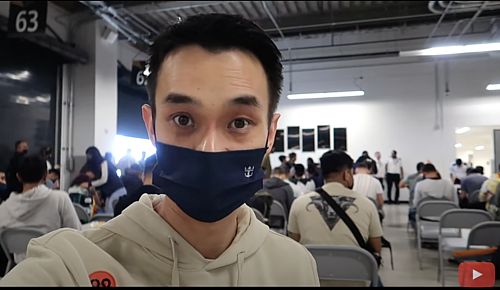 After documents are checked and before officially signing on, crew members also receive their ID cards and cabin keys during this time.

Once finally onboard, crew members see the cruise ship for the first time and attend mandatory safety trainings

After long lines for documentation verification, crew members can finally board their cruise ship to begin the start of their next contract. 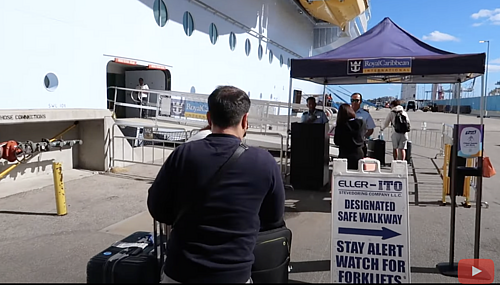 At this time, most will journey to their cabin to see if they won the lottery (i.e. received a single cabin). In Chris’ sign-on vlog, he is ecstatic to discover he does not have a cabin mate and instead has the entire cabin to himself. 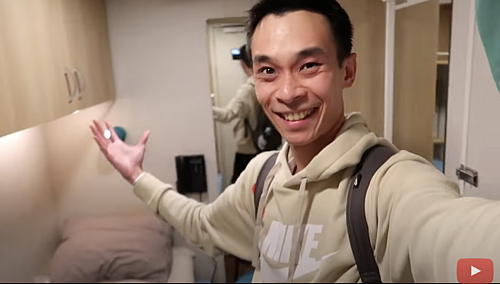 Much to my surprise, the crew cabin is extremely small. With just a bed, sink, storage and small TV, the stateroom is no bigger than my master closet. 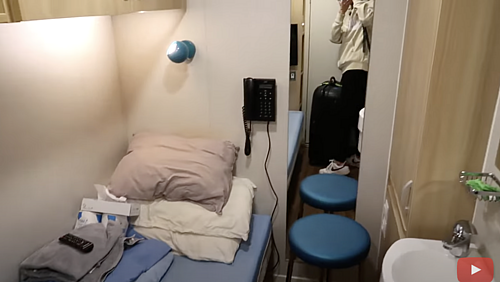 However, Chris’ excitement is evident, as he is pleased to have a flatscreen TV, a bed that is not bunked and space to call his own. 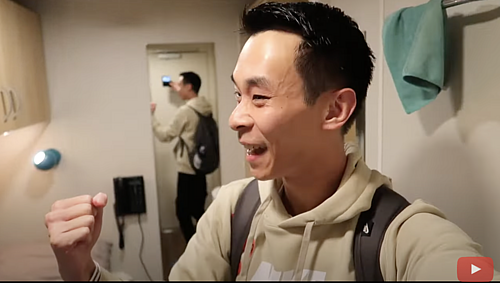 It’s at this time that most new crew members will check out their new home for the next 7 months and wander around the ship. For Chris, this means checking out the casino for the first time. 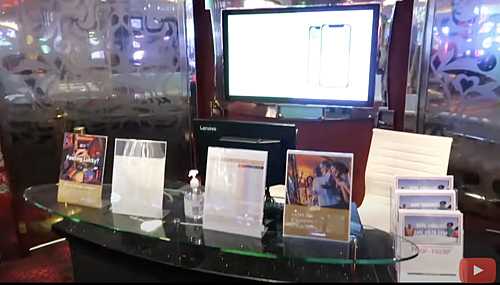 Part of the sign-on process is showing new members where fire exits and extinguishers are located, as the ship’s crew is expected have extensive safety training. Understandably, fires are the biggest safety threats to cruise ships.

In addition, crew members are required to attend a mandatory briefing called pre-departure safety training during their sign-on process. For Symphony of the Seas, this mandatory training took place in the theatre. 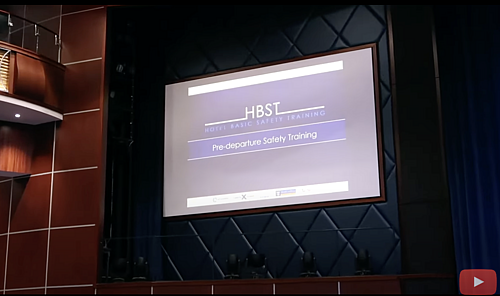 With no time to waste, crew members settle into their cabins before starting their first work shifts.

Since cruise lines have removed almost all pandemic-related policies, Chris explains in his vlog that there’s no longer a quarantine period for Royal Caribbean crew members. For much of the post-pandemic, crew members were required to quarantine for 2 weeks in a balcony cabin. 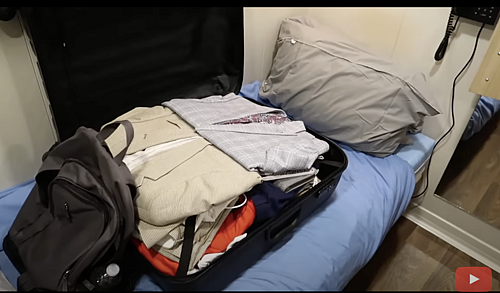 As one would expect, Chris shares that he will miss having that required quarantine period, as this was an opportunity to relax a bit after onboarding and sleep off the jet lag.

Before beginning his first shift, Chris spends some time unpacking and getting acquainted into his new cabin. Presumably, Chris has previously worked in Casino Royale during other contracts with Royal Caribbean and did not need to receive additional training before starting his first shift on sign-on day. 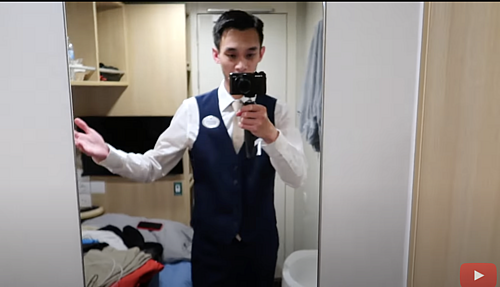 As such, it would appear that some, if not most, crew members are expected to start work right away on sign-on day.

After the first sign-on day, all crew members receive a safety training tour of their cruise ship

Regardless of a crew members’ prior experience onboard Royal Caribbean ships, Chris shares that all crew members are required to attend safety and security training when they start a new contract.

It does not matter how many contracts you’ve had with Royal Caribbean, or whether you’ve been on the same cruise ship before, all crew members must attend this training. 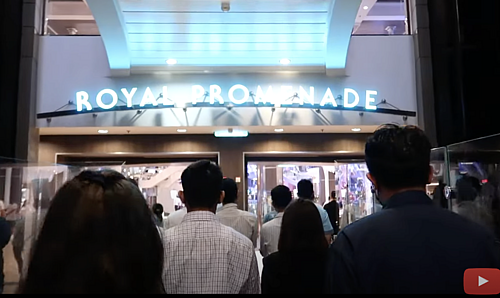 During this training, a safety officer takes all of the new onboarded crew members around the ship for very important briefing on safety and security. This entails a tour around the ship to locate fire doors, water-tight doors and fire extinguishers. 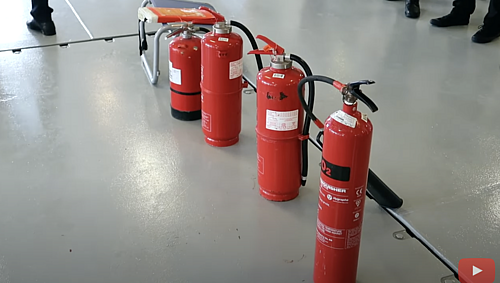 Royal Caribbean's crew members are required to complete this important safety training; in the case of an emergency, all crew members onboard a cruise ship are expected to know how to respond to virtually any potential emergency situation.

During Chris's vlog, we can see two crew members learning how to use a large hose in the case of a fire emergency. 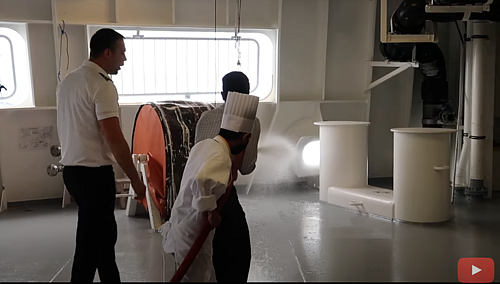 Although this training was done virtually during the post-pandemic cruising restart, crew members are given the tours in-person now as part of a large group.

At the end of his first week on Symphony of the Seas, Chris shares that he finally feels settled into his new routine.

Between working and training, the first week onboard a cruise ship can be exhausting for new crew members. 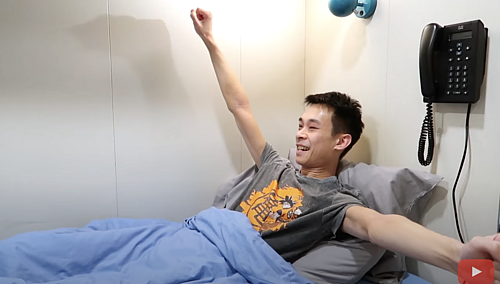 Chris states in his sign-on day vlog that new Royal Caribbean crew members can expect to receive extensive training throughout their first week onboard their new cruise ship. Working long shifts and attending multiple trainings is certainly tiring and leaves little time for relaxing and resting.

Not to mention, most crew members have traveled long distances to board their cruise ship and are still fighting off jet lag.

By the end of his first week onboard Symphony of the Seas, Chris shares that he feels settle into his new home onboard. Coming previously from Wonder of the Seas, another Oasis-class ship, the transition has been pretty seamless for him. 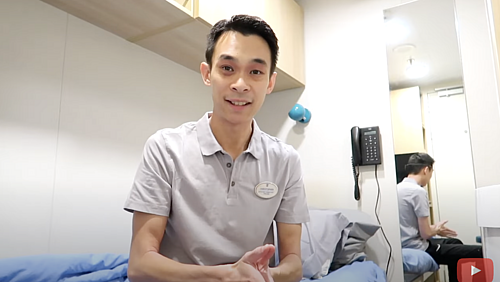 Of all his 8 contracts, Chris believes that his single cabin on Symphony of the Seas is the best crew cabin he's ever lived in.

During the next 7 months, Chris will be working in Symphony of the Seas’ Casino Royale while the ships sails around the Caribbean until moving to Europe this summer.

If you're interested in learning more about life for Royal Caribbean crew members, including the sign-on process, be sure to follow Chris Wong on his YouTube Channel at @ChristopherWongVLOGS for more videos!

The top crew members to find if you have a problem onboard your cruise
While you will likely have a great time on a cruise without running into any problems, occasionally something happens…