In:
News
By:
Jenna DeLaurentis

We have a look at some changes and updates Royal Caribbean has made or announced over the past few days. 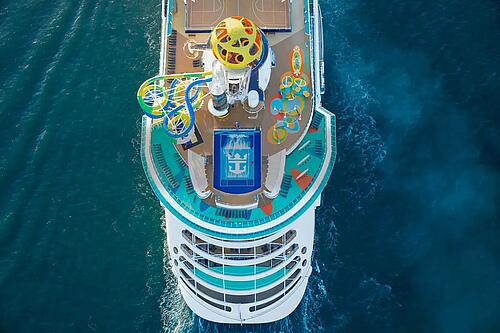 From removing the option to pre-book entertainment to supporting a local school in the South Pacific and announcing itinerary updates, here’s everything you should know about this week.

Royal Caribbean will not bring back option to pre-book entertainment

UPDATE: Entertainment is available to reserve for Quantum and Oasis class ships 30 days before the sailing. 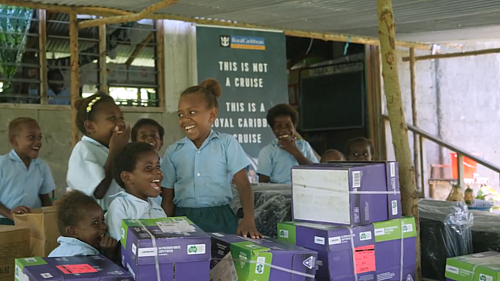 Royal Caribbean is committed to supporting sustainable ocean communities through its Blue Green Promise initiative, and they’ve recently made a donation to a primary school in the South Pacific.

Royal Caribbean has partnered with Amaro Primary School on Lelepa Island, Vanuatu to provide educational resources to students and teachers. This is the only school on Lelepa Island, home to Royal Caribbean’s future Perfect Day at Lelepa private destination. The school has over 70 students aged 5 to 14.

“Around the world, we know we can only be as vibrant as the places we visit. We do all we can to help support the next generation of leaders and empower the communities we visit, from investing in educational resources to supporting conversation, education training, and providing skills training.” 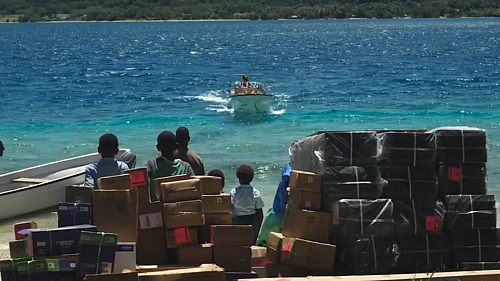 Beyond supporting the school, Royal Caribbean has also provided the island with on-the-ground community support, including employing locals to conduct clean-ups on Lelepa Island’s beaches and installing solar lights in community spaces.

While Perfect Day at Lelepa does not yet have an opening date, it’s clear Royal Caribbean is working diligently with the community to make a positive impact on the lives of those calling Lelepa Island home.

Itinerary changes and updates in anticipation of Hurricane Ian 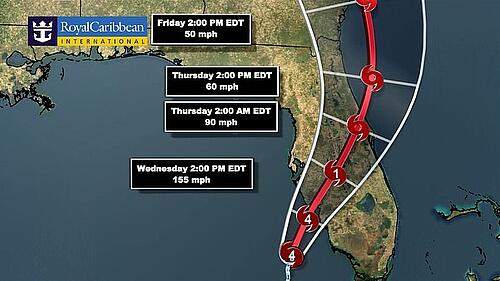 Hurricane season is at the forefront of several itinerary changes and updates for Royal Caribbean ships, with Hurricane Ian due to make landfall on Florida’s gulf coast on Wednesday.

Port Canaveral's U.S. Coast Guard Captain of the Port (COTP) has set the current port conditions to ZULU, indicating that sustained Gale Force winds are predicted to make landfall within 12 hours. Due to this, the port has been temporarily closed.

In addition, Orlando International Airport will be closed at 10:30 AM EDT Wednesday, September 28 and is not expected to reopen until 10:30AM EDT on Friday, September 30. 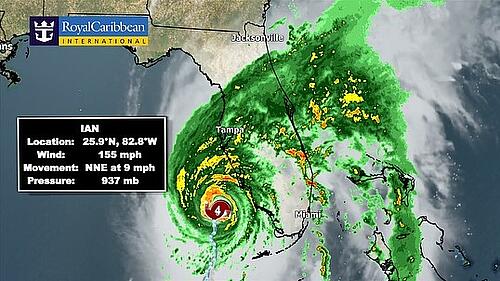 The Mariner of the Seas September 29 sailing will now depart Saturday, October 1st and return on October 3rd.

Guests on this sailing have the choice of sailing and getting 3 days of your cruise fare as a refundable onboard credit. Or they can cancel for a 100% refund. The September 30 sailing of Independence of the Seas out of Port Canaveral will now depart Saturday, October 1st and return as planned on Monday, October 3rd.

Guests on this sailing have the choice of sailing and getting 2 days of your cruise fare as a refundable onboard credit. Or they can cancel for a 100% refund.

The Harmony of the Seas October 2 sailing from Port Canaveral will go on as planned.