The Royal Amplification project added a bunch of new activities, entertainment, dining and more to a variety of Royal Caribbean ships over the last few years. 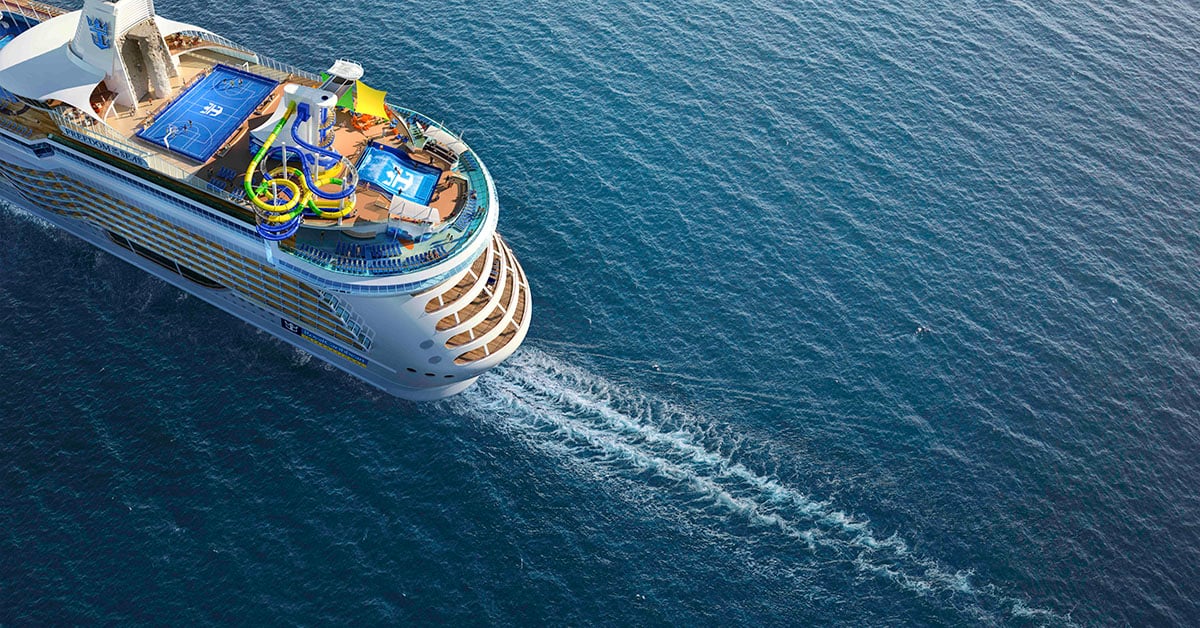 While the Royal Amplified program is on hold at the moment, six Royal Caribbean ships were updated and refurbished in the first few years of the program, and here is a look at what was added to each ship.

Ships that have been updated offer a tremendous value, as guests can enjoy brand new features often found on the Royal Caribbean's newest vessels, but at much less of a cost than sailing on a new ship.

What is Royal Amplified? 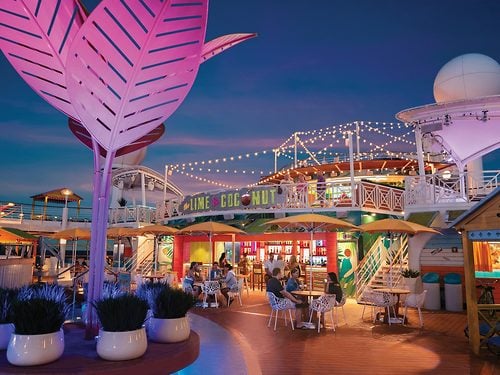 While the range of upgrades varies by ship, the goal was to add innovative attractions, pools, bars, and dining to each ship.  In addition, new staterooms were introduced on most vessels.

Pool Deck & Attractions: A re-imagined outside pool deck to discover everything under the sun – from pools specifically designed with prime ways to lounge, to those programmed with diverse activities day and night, plus the boldest attractions and first-of-a-kind thrills on deck. Examples of these experiences are: Sky Pad, The Perfect Storm, Laser Tag and Escape Room.

Bars & Nightlife: We will give your clients the chance to drink, clink and live it up in distinct new bars and nightlife spots that deliver on the three tenets of a great night out: unique drinks, ways to be entertained, and good food. Examples of these experiences: The Bamboo Room and Playmakers Sports Bar & Arcade.

Dining Mission: We will make delectable strides in delivering the cornerstone cuisines that guests have told us they crave – like great seafood, Mexican food, and Italian food – while upping our game in the fast, casual, grab & go category to keep our guests fueled between their adventures. Examples of these delicious culinary options are: El Loco Fresh, Hooked and Jamie’s Italian.

Freedom of the Seas 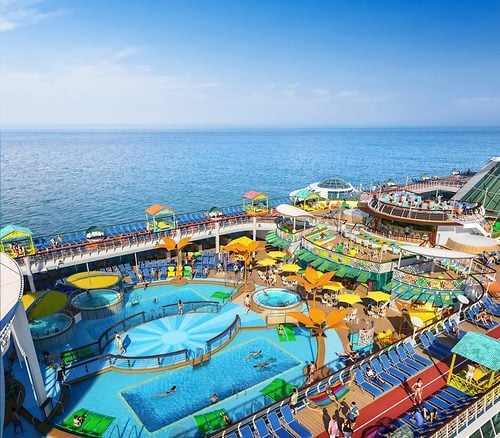 Freedom of the Seas was the last Royal Caribbean ship to be amplified, and it was completed in early 2020. In total, Royal Caribbean spent $116 million on her work, which added many new features, including water slides, a new Caribbean pool deck look, the cruise line’s first Giovanni’s Italian Kitchen and new, dedicated spaces for kids and teens.

What's new on Freedom of the Seas

Freedom of the Seas refurbishment photos 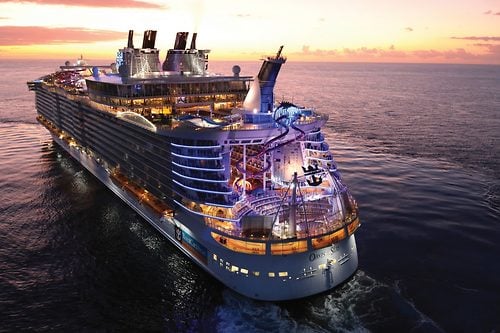 Oasis of the Seas underwent her Royal Amplification in late 2019 that added a number of changes, including the cruise line’s first barbecue restaurant, Portside BBQ; and guest favorites, from the tallest slide at sea–the Ultimate Abyss–to popular live music venue Music Hall, and a reimagined, Caribbean pool deck. 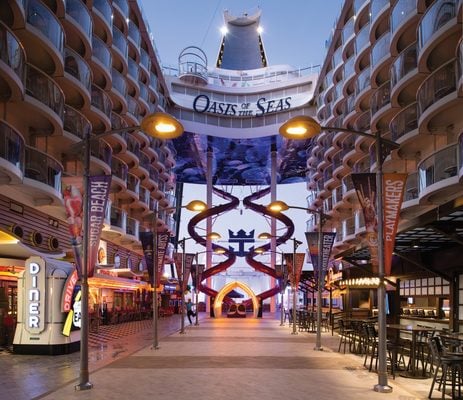 What's new on Oasis of the Seas

Oasis of the Seas refurbishment photos 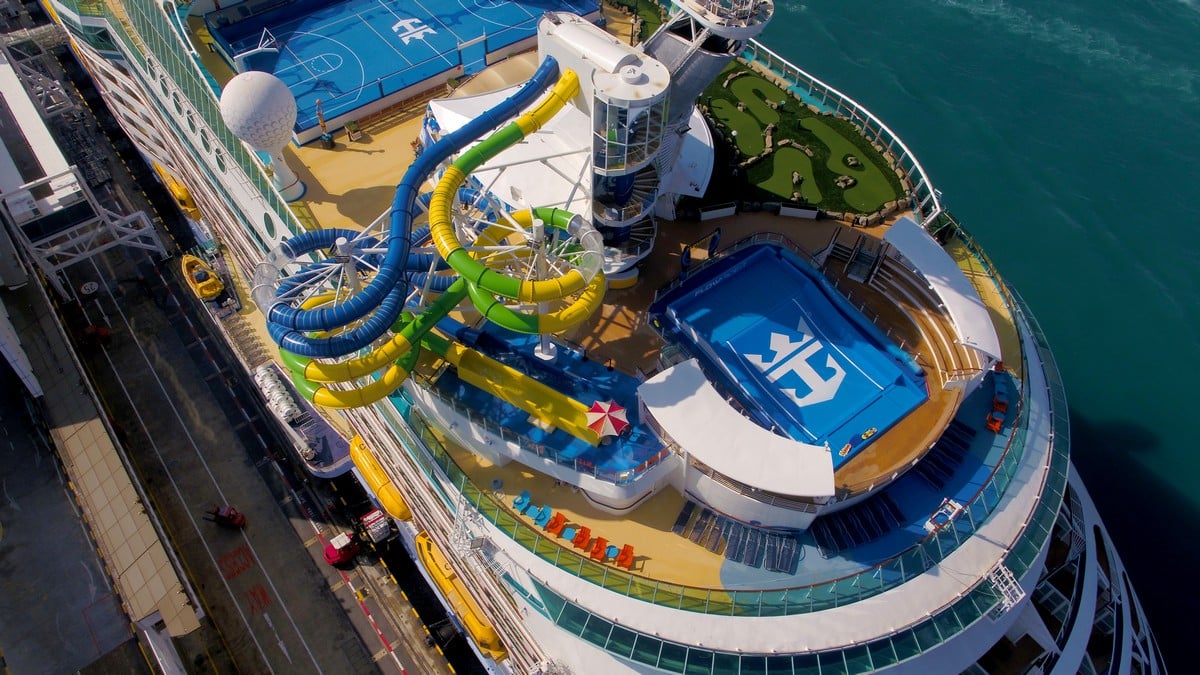 In October 2019, Royal Caribbean completed the Royal Amplification for Voyager of the Seas, which cost $97 million and took 41 days to complete.

Voyager of the Seas received a number of upgrades, including The Perfect Storm water slides and Battle for Planet Z laser tag. 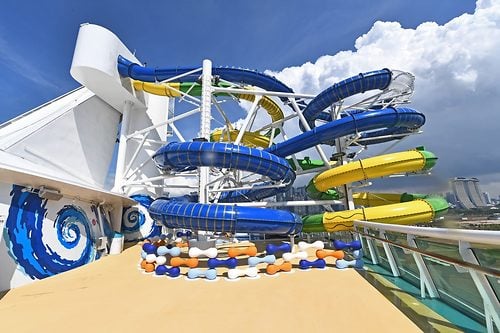 What's new on Voyager of the Seas

Voyager of the Seas amplification photos

Navigator of the Seas 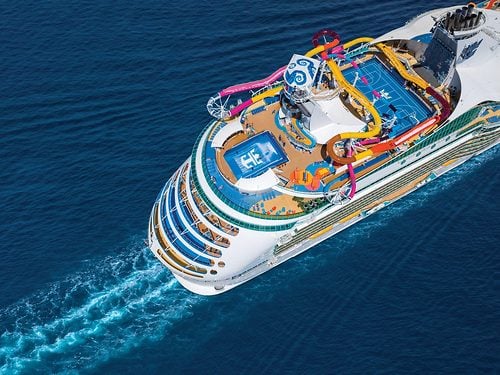 Arguably one of the best updates to any Royal Caribbean ship as part of the Royal Amplified program, Navigator of the Seas had a $115 bow to stern refurbishment in February 2019. 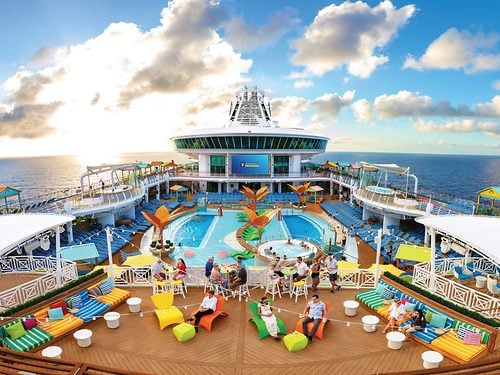 What's new on Navigator of the Seas

Navigator of the Seas refurbishment photos 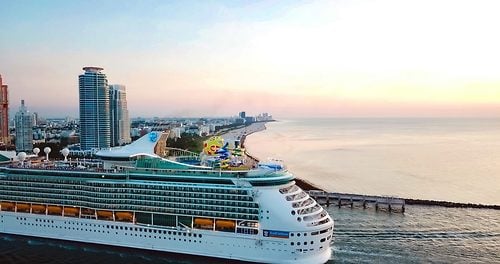 Royal Caribbean invested $120 million into the refurbishment of Mariner of the Seas and the results are astounding.

From the bright yellow globe at the top of the ship that houses the virtual reality trampoline experience Sky Pad to the addition of two restaurants, two bars, FlowRider surf simulators, the Perfect Storm water park and an escape room, Mariner's got plenty to keep you entertained. 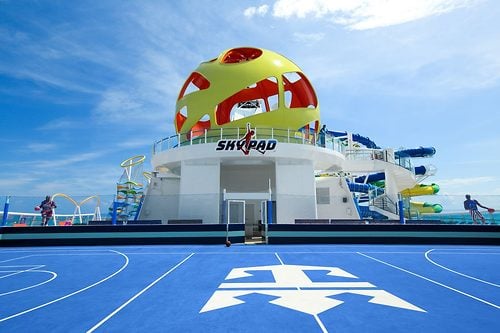 What's new on Mariner of the Seas

Independence of the Seas 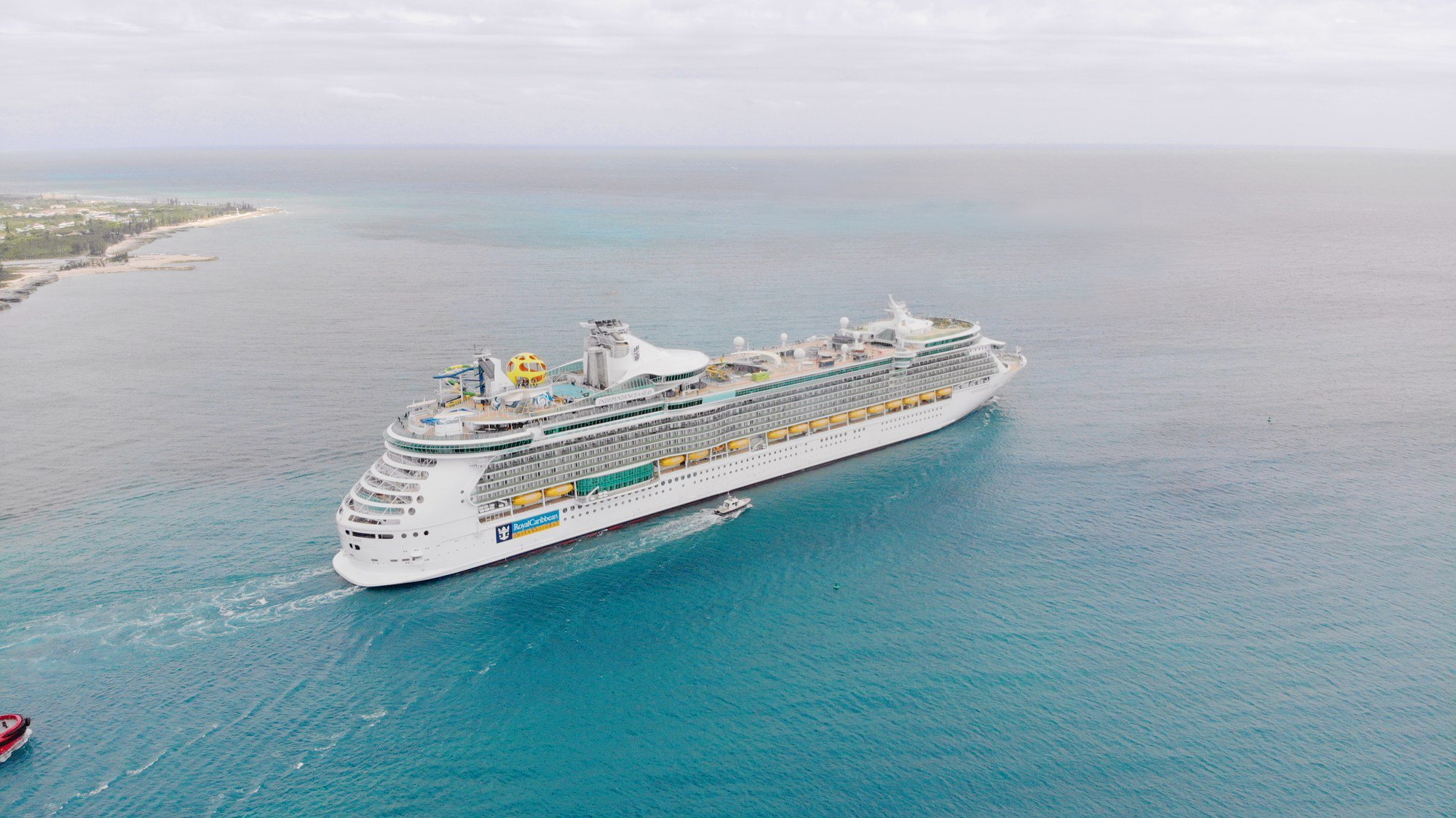 The first Royal Caribbean ship to be amplified was Independence of the Seas, which boasted a number of new and exciting activities. 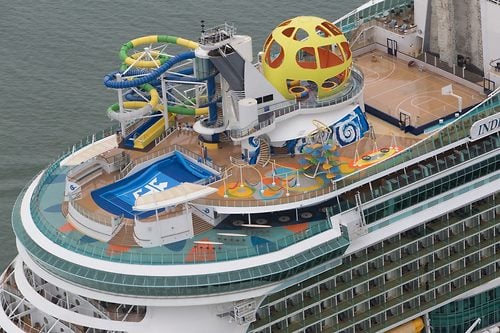 Independence of the Seas refurbishment photos

Allure of the Seas

Allure of the Seas was the first Royal Caribbean ship to have her Royal Amplification delayed, and then postponed.

Allure of the Seas did undergo a "technical dry dock", which means the propulsion and navigation was repaired.

Once the Royal Amplification is undertaken again, the ship was scheduled to undergo a 58-day, $165 million transformation to add the Ultimate Abyss, the tallest slide at sea; The Perfect Storm trio of waterslides, completely redesigned Adventure Ocean kids and teens spaces, the first Giovanni’s Italian Kitchen & Wine Bar, and Music Hall.

Explorer of the Seas 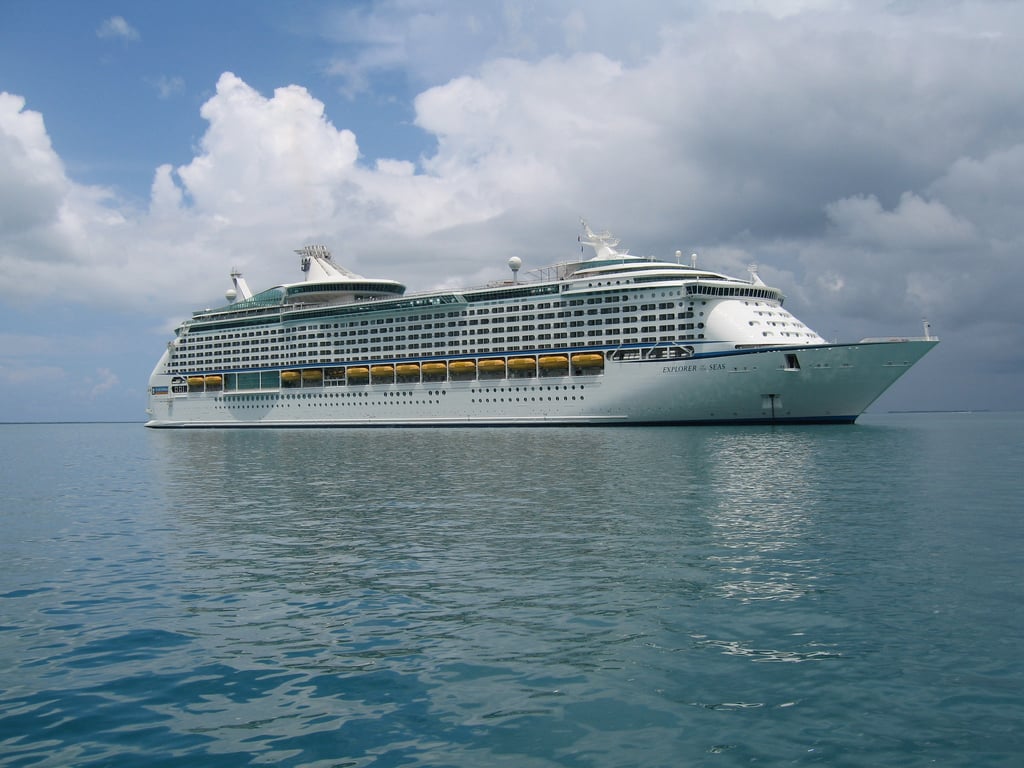 Like Allure, Explorer of the Seas had her Royal Amplification delayed and then postponed.

Explorer will get a "technical dry dock" to repair the vessel's propulsion and navigation.

Explorer of the Seas was scheduled for a $110 million Royal Amplification that would have added a number of changes from bow to stern. However, the closure of shipyards and disruption to the supply chain around the world has delayed the work from being done on time.

Due to Royal Caribbean's financial situation, the cruise line postponed scheduled Royal Amplifications for Adventure of the Seas and Liberty of the Seas in 2021.