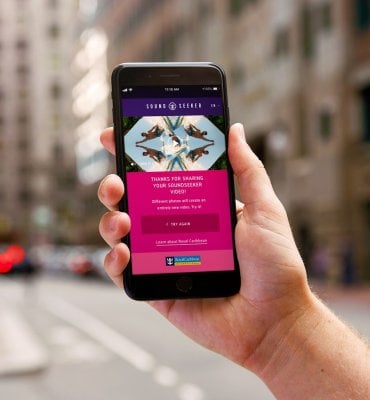 After working on SoundSeeker for more than a year, the cruise line has released the tool publically today.  It is specifically designed to use machine learning to seamlessly create original soundtracks based on the content of each photograph.

By simply visiting the SoundSeeker site, users can upload three photos of their choice, and the AI analyzes them based on color, landscape, backdrop, emotion, body language and facial expression. SoundSeeker then turns them into a shareable and one-of-a kind soundtrack – virtually DJing life’s most brag-worthy moments. Fans can follow along on Royal Caribbean’s social channels, and by searching #SoundSeeker. 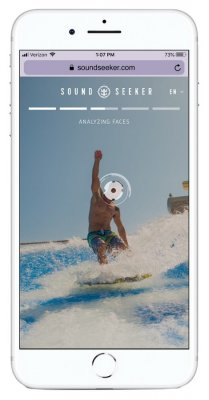 Royal Caribbean teamed up with the Berklee College of Music, and technologists from around the world, to create the unique song generator.  Berklee leveraged music theory to create a roadmap for the tool that helps determine the musical pairing to photos, accounting for pitch, tempo and instrumental combinations, among others.

“SoundSeeker is the latest proof point of Royal Caribbean innovation and how we focus it on delivering unexpected, memorable experiences; whether that is the SkyPad, which uniquely combines bungee jumping with virtual reality or live streaming your favorite shows from the middle of the ocean using VOOM, the fastest internet at sea,” said Jim Berra, chief marketing officer, Royal Caribbean International. “People of all ages crave new ways to share their best experiences on social media. This unprecedented tool allows you to put a completely unique, multisensory spin on sharing those memories – now friends and followers can see and hear your life’s adventures.” 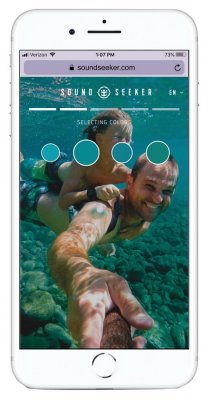 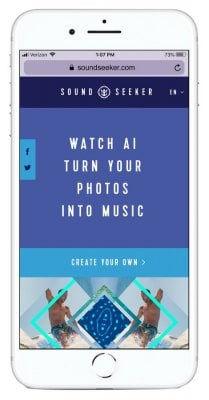 SoundSeeker uses machine learning, an artificial intelligence technique that enables computers to simulate human intelligence and make decisions on their own without explicit instructions. The learning process entailed more than 600 hours in which Royal Caribbean and a team of musicians and technologists reviewed hundreds of music tracks along with 10,000 photos, matching each of the 2.5 million combinations to one of 10 moods.

The AI in SoundSeeker uses Google Cloud Vision to identify objects, facial expressions and colors in a user’s photo by referencing the roadmap developed by the leaders in music theory at Berklee. SoundSeeker then finds the musical elements corresponding to each mood in the photo to compose a genuinely distinct audio and visual photo album. The Royal Caribbean tool is equipped to generate over one million unique tracks, based on custom base tracks, composed exclusively for the cruise line. The customized tracks take inspiration from a wide variety of music, including 90s hip-hop, rock, modern and electronic dance music.