Royal Caribbean's Ovation of the Seas returning to Australia

In:
Ovation of the Seas Australia
By:
Matt Hochberg

Royal Caribbean’s Ovation of the Seas will return to Fremantle, Australia on Wednesday November 29, 2017, marking the ship's second season down under, as well as Royal Caribbean’s 10th season in the region. 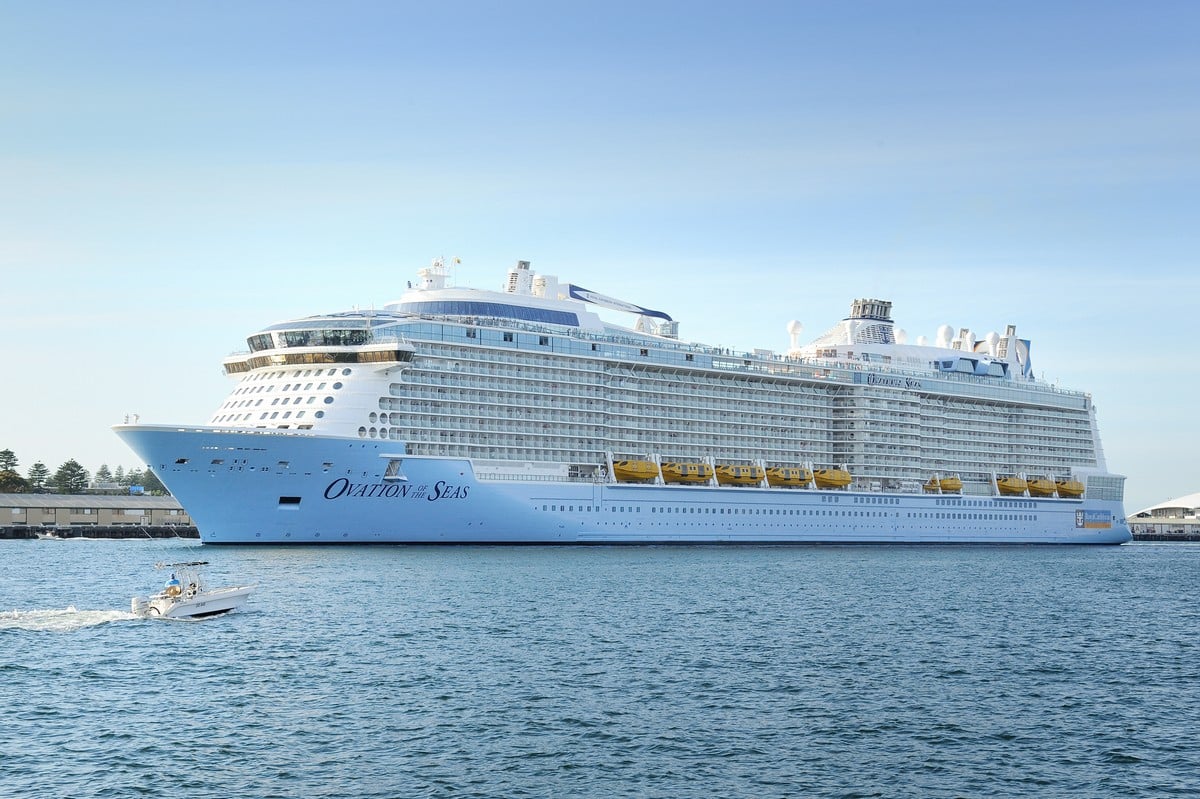 Making her way from Singapore to her Sydney summer home, Fremantle is Ovation of the Seas’ first Australian port of call for her second and significantly longer season down under.

“The return of our billion dollar baby, Ovation of the Seas, marks a particularly special milestone for us at Royal Caribbean and for Australian travellers, because it also marks our 10th season down under,” says RCL Cruises managing director, Adam Armstrong.

“Ten years ago, our philosophy was to bring the world’s most cutting-edge cruise product to Australia’s doorstep. In 2007, we embarked on a cruising revolution with the mighty Rhapsody of the Seas. Today, we continue this proud tradition of delivering Australians with the world’s best holidays at sea, with the ground-breaking all-new Ovation of the Seas, one of our four Australian-based megaliners,” Armstrong said.

Her visit to Fremantle is expected to inject over $800,000 in passenger spend alone.

Tourism Minister Paul Papalia welcomed the return of Ovation of the Seas to WA: “Fremantle was Ovation of the Seas’ first Australian port of call on her maiden voyage down under last year. It’s a privilege to welcome her back again,” Mr Papalia said.

“Cruise shipping is crucial for the State’s tourism industry. In 2016-17, WA’s nine port destinations had 143 cruise ship visits, an 18 per cent increase from 121 calls the previous year. Those 143 visits generated $387.4 million for the WA economy and supported 1,300 jobs.

“The State Government recognises the importance of cruise shipping to WA, recently announcing improvements to some regional port destinations to ensure the sector’s sustainability in the future,” Papalia concluded.

Ovation of the Seas arrives in Fremantle at 8am, cruising from Singapore to Sydney with 4800 guests onboard hailing from more than 30 different countries. She will dock in Fremantle until 5pm, before making her way to Adelaide on 3 December and Hobart on 5 December, en route to her Sydney home on 7 December 2017.

Ovation of the Seas enters dry dock for routine five year maintenance
The cruise industry remains shutdown, but regular maintenance continues for ships to keep them operational when cruises…