Today was our first port day in Key West Florida; we were scheduled to arrive at 12:30pm – 7pm. This morning I woke up rather early for vacation, but I wanted to make sure I made the most of it and watch the sunrise. For many years, I never got up early to watch this and I can only think back on all the good ones I missed. 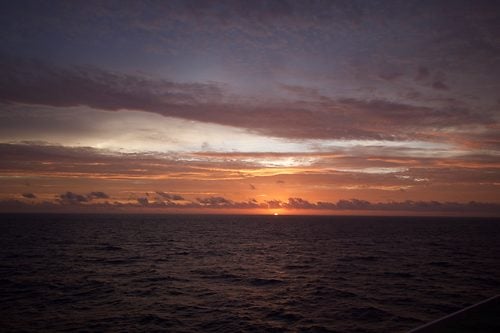 Since we had a few hours to kill this morning I decided to have breakfast at Chops Grill. On Empress of the Seas they have a special Diamond Plus & Suites breakfast in Chops. It’s like the one you would experience in the main dining room, but with much faster service. 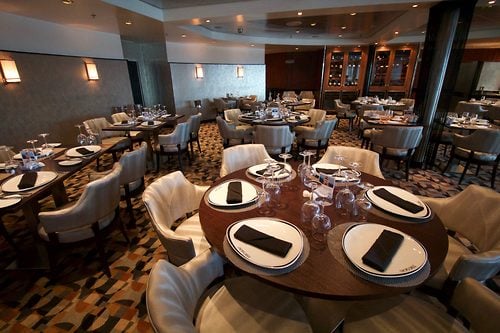 I ordered a ham and cheese omelet and it came out much better than expected. They also have specialty coffees at no extra cost, which is an added benefit, because I’m usually buying them. 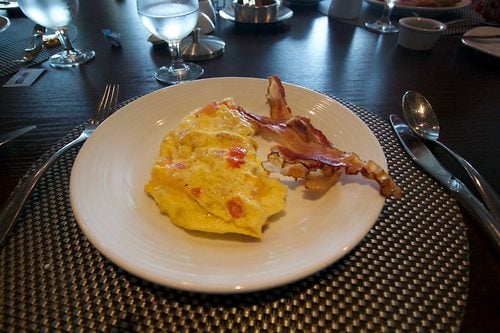 At noon the Cruise Director, Carlos, came over the speaker letting us know we would be arriving in Key West a little later than planned. I’ve noticed the winds are much stronger than I’ve seen in the past and it’s been causing us to slow down. We arrived in Key West at 1pm and we stayed an extra half hour to make up for the lost time. 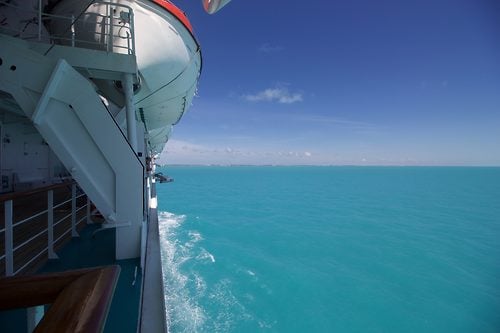 My plans in Key West were actually nothing. I’ve been here a lot in the last two years, so I did want to try something new. I looked up a local brewery called The Waterfront Brewery. They had pretty good beer, but it wasn’t really what I was looking for. The venue felt very much like a chain at home, so I had my flight ($8) and headed out. 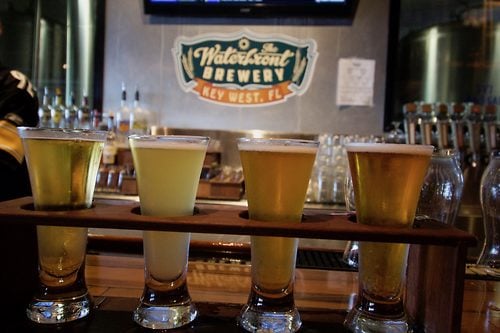 The next stop was Sloppy Joe’s, which is the most famous restaurant in Key West. I’ve been many times before, but it’s family friendly (for the most part) and I always get great service. I only had a few beers and skipped lunch to save room for Chops tonight. They had live music and it was very entertaining to just sit back and relax. 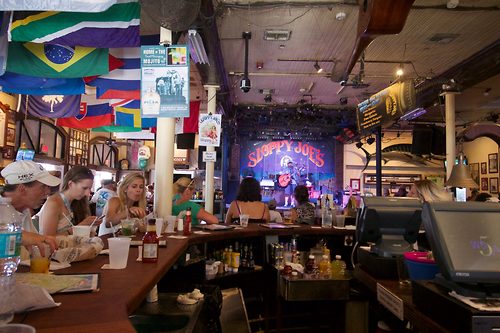 Key West was recently hit with Hurricane Irma a few weeks ago. I know they pulled ships out of here for week or two. But the last thing the locals need is the tourism dollars to be pulled out.

I didn’t really know what I’d see today, but for the most part they are up and running. On about every street they had old trees that were cut up and ready to be picked up. I saw a few places still boarded up from the hurricane, but I’d say they are 90% up and running.

The only stand out damage I noticed was all the boat docks at the pier were completely gone. Hurricane Irma totally wiped out all the docks, but I was happy to see they were already building new ones. 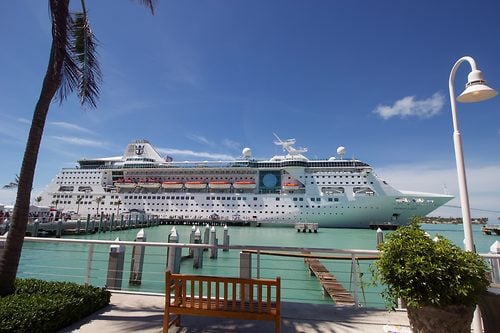 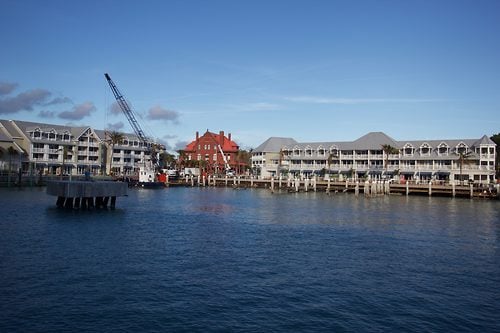 Evening on board, we saw the main production in the theater. The show was very different than anything I’d seen across the fleet. It was themed around Cuba and Latin dancing. It was very enjoyable and only last 35 minutes, which I tend to enjoy over long never-ending shows. 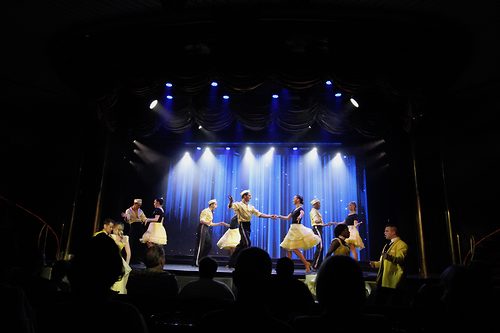 Right when we walked out they were just starting the parade of flags in the Centrum. This is when they highlight the countries the crew members are from. We just kept passing since we had reservations at Chops Grill. 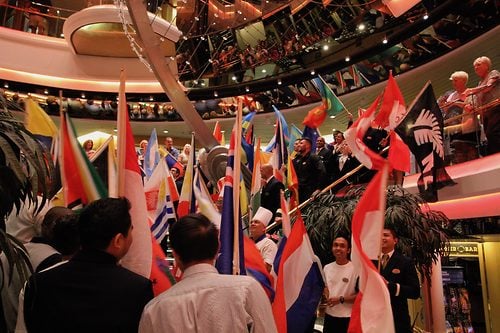 Dinner tonight was back in Chops, I promise I’m not going to eat every meal in here. I decided to change it up a little and get a shrimp cocktail and a salad. 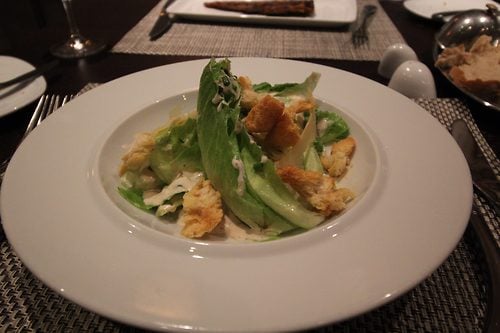 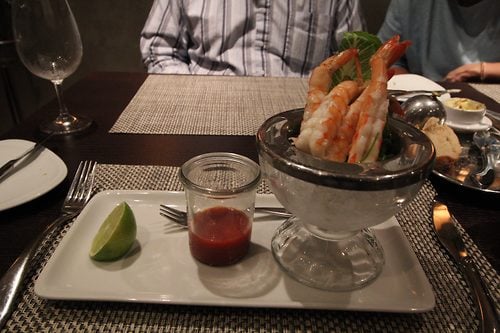 Main course I had the filet again, 9oz rare, with the red wine sauce. For dessert, I ordered the mud pie, it’s not on the menu but our waiter said they were bringing it back. For my taste, I thought it was too rich, and I was missing my ice cream Sunday from last night!

Tonight I used my Diamond Plus BOGO coupon, so I paid the cover charge last night and tonight was free. 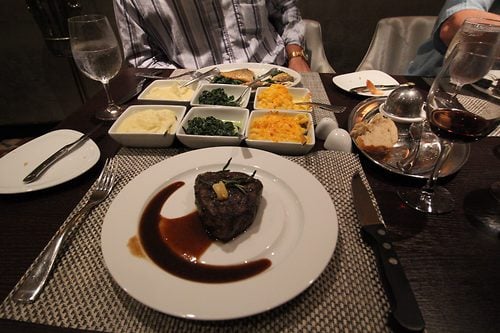 After dinner I decided to get to bed, like most of the ship. They are recommending we be on the top deck to watch our arrival into Havana, Cuba tomorrow at 7am. Thanks for following my day in Key West! 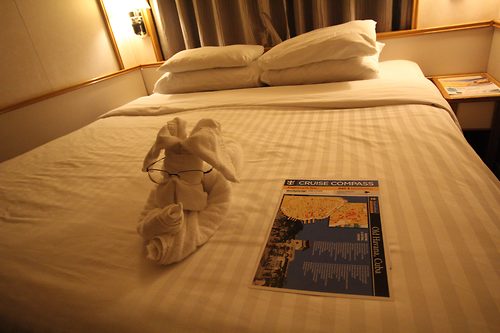 Empress of the Seas Live Blog Day 3 - Sea Day
Today was my first sea day and I was really looking forward to it. I did manage to sleep in until 8AM, if you call that…

Live Blogging from Empress of the Seas - Preamble
Hi friends, Michael Poole here again for another live blog!  This time I will be sailing on the newest ship in the…