In:
Majesty of the Seas Safety
By:
Matt Hochberg

Royal Caribbean's Majesty of the Seas was kept in port through Tuesday morning, after U.S. Coast Guard inspectors forced the ship to remain in port until an issue with the lifeguards was resolved. 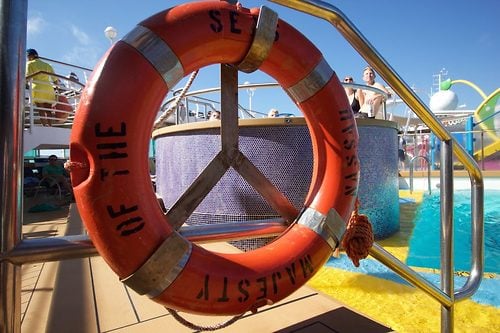 Royal Caribbean sent messages via Twitter to convey the company is working around the clock to fix the issues.

@rockytopinfl We're currently working around the clock to get all issues resolved. All future sailing will not be impacted by this.

There has not been any indication yet when Majesty of the Seas will be able to set sail on her 4-night Bahamas cruise, nor what impact the delay will have on the ship's itinerary.

9:30am Update: Royal Caribbean is offering guests a 25% refundable onboard credit, and a 25% Future Cruise Certificate.

@eric_thebruce The comp offer is a 25% refundable onboard credit, and a 25% Future Cruise Certificate.