The largest and most modern cruise facility in the world welcomed its first guests this morning as Royal Caribbean's Mariner of the Seas docked at Terminal A in PortMiami earlier today. 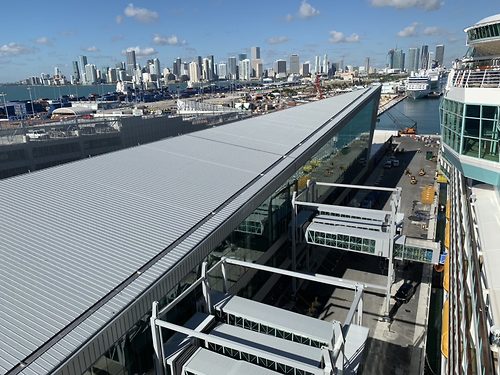 As you come into the terminal, there are multiple escalators and stair cases in front of you with the large, golden propellor blades. 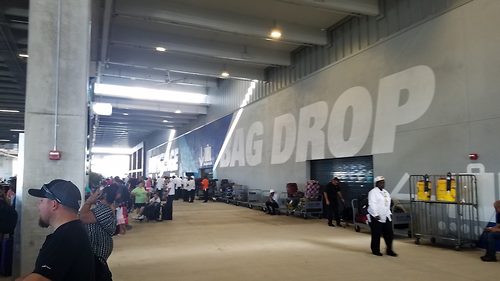 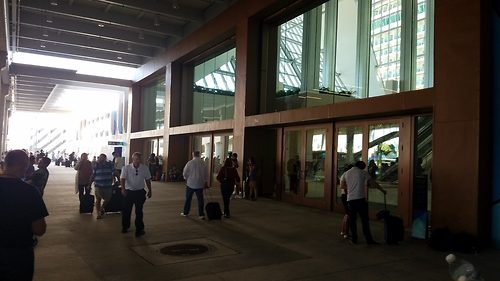 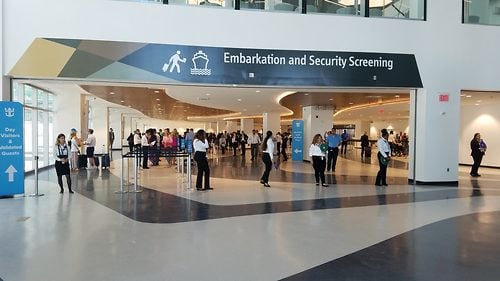 Once at the top of the stairs, the general boarding area is to your right. 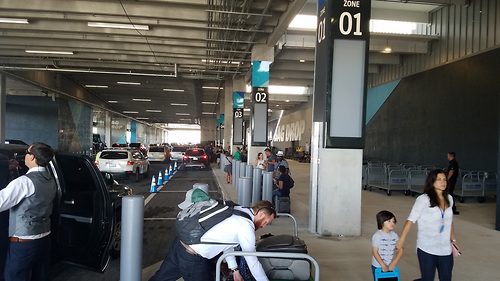 Back at the bottom of the stairs, to the right is the entry to the suite/Pinnacle area.  An elevator takes you to the third floor, then you go through security before entering the Suite Lounge. 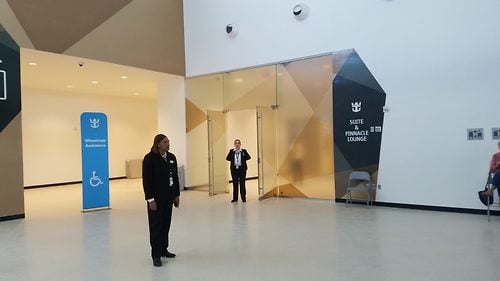 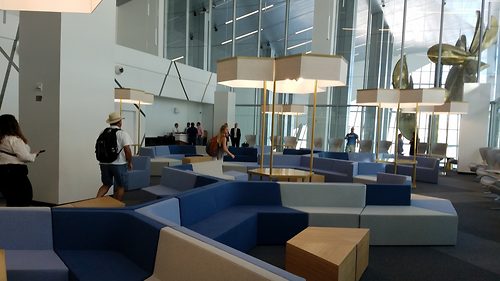 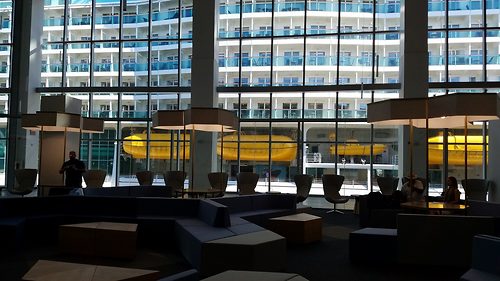 As Mariner of the Seas arrived into port early this morning, Nancy Ritter shared these photos with us of the terminal beautifully lit up. 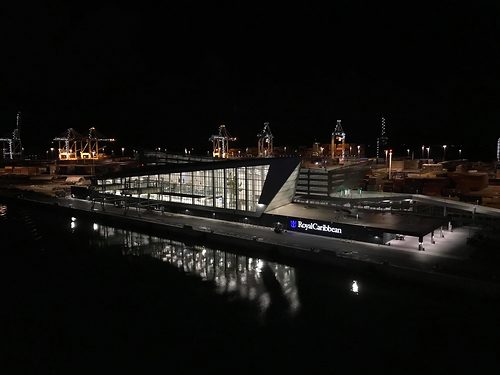 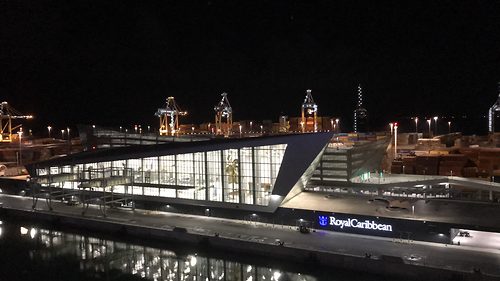 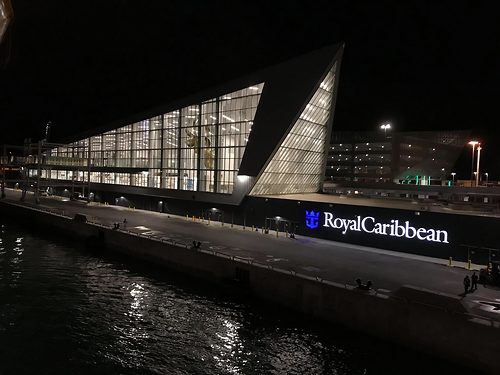 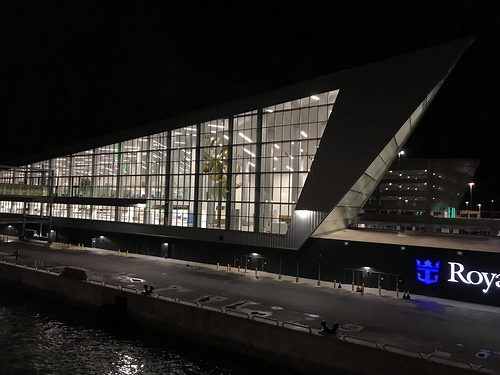 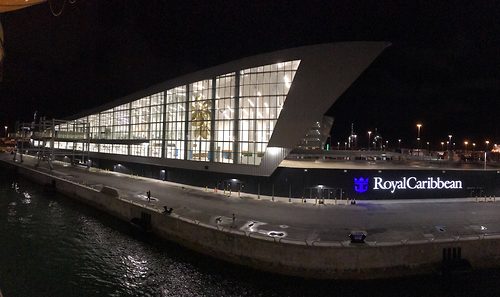 In addition to housing two of the world’s largest ships, the new LEED certified facility, it has implemented new technologies and waiting areas to enhance the boarding experience of guests.

A grand opening ceremony is scheduled for November 2nd, 2018 that will formally open the the new terminal to the public. Symphony of the Seas arrives to Terminal A on November 9, 2018.