In a press conference with members of the media aboard Independence of the Seas, Royal Caribbean CEO Michael Bayley spoke about some options the cruise line is considering with regard to allowing guests to stay longer at its private destination of CocoCay. 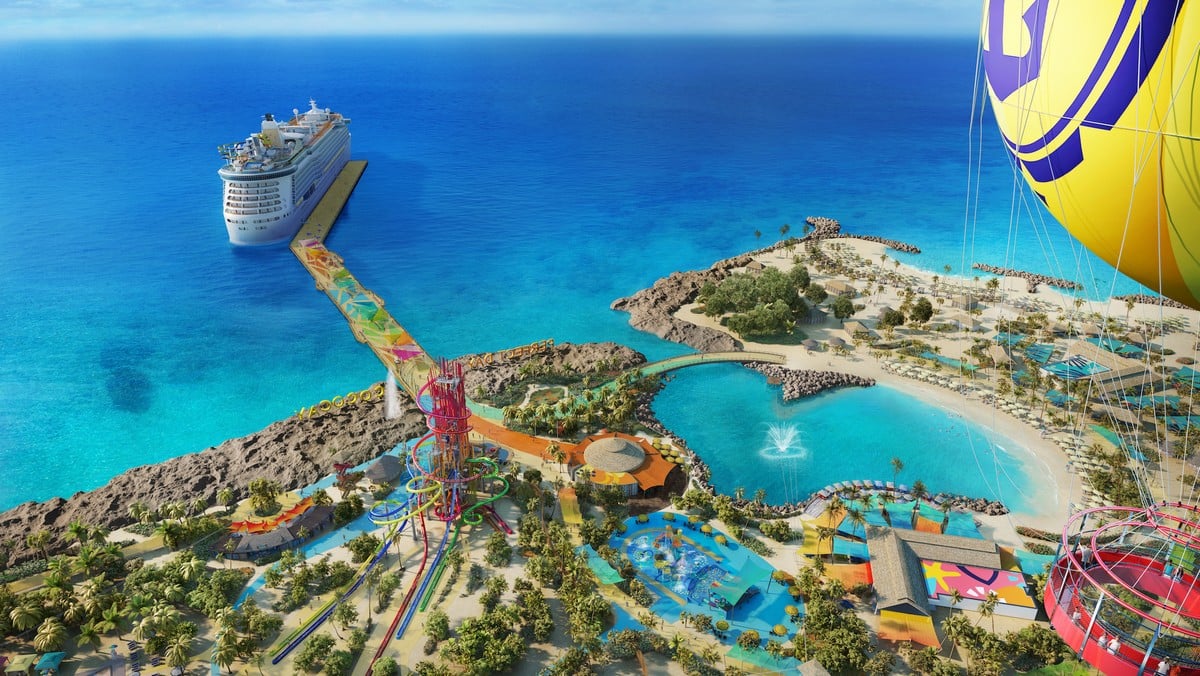 Adam Coulter of Cruise Critic reported that Bayley talked of keeping ships later in CocoCay, "The next stage is to have longer stays in Perfect Day till 11 o' clock at night and we're building it so we have all the lighting and infrastructure in place."

Moreover, Royal Caribbean is also considering the idea of guests staying even longer, with stays overnight or even longer.  Tom Stieghorst of Travel Weekly quoted Michael Bayley as saying, "We're pretty sure late nights will be a hit. We think overnights could be a hit and we're wondering if a whole weekend could be a hit."

"It would not be a volume component. It would maybe be 10 cabanas of suite-type quality which would be pretty high-priced, and then you'd have the ability to hop on any one of our ships. But there's a lot of revenue and logistical issues to work out with that idea," Bayley said.

Royal Caribbean is in the midst of building the Perfect Day at CocoCay improvements, which will bring a water park, slides, cabanas and more the island. The $200 million project is underway, with the majority of the additions ready for launch in spring 2019. Coco Beach Club, the final experience to be completed, is set to open November 2019.

This is not the first time Royal Caribbean has hinted at an overnight option with CocoCay. In April 2017, Michael Bayley brought up the concept of allowing overnight stays in CocoCay.

Royal Caribbean says passengers will not have to wear face masks on Perfect Day at CocoCay
While Royal Caribbean has not revealed its full protocols for its summer cruises on Adventure of the Seas, face masks…

Royal Caribbean updates app to add location tracking at Perfect Day at CocoCay
Royal Caribbean has released version 1.19.1 of its new smartphone app, which makes the personalized calendar easier to…