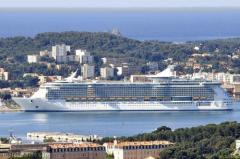 This campaign follows the opening of an office in Paris by Royal Caribbean in July 2011. For its first summer season in France, the cruise line has scheduled the arrival of three ships from the ports of Marseille, Toulon and Le Havre in June and July 20.