Star Class in the Mediterranean: Wonder of the Seas - 6/5/22 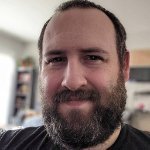 The Day at Sea and The Day of Sadness  I cannot express how glad I am that we ended the trip with a sea day. My feet have been aching from all the walking. I have no regrets about any of that, bu

Boarding Day! Finally, the day to board the Wonder of the Seas arrived. But, we did have one last stop in Barcelona first, due to our train issues. We had intended to visit Casa Batllo in the eve